The Maori people settled in New Zealand about 1,000 years ago, while the Europeans settled less than 200 hundred years ago. I don’t have any Maori ancestry, yet I serve in an Army that has an evolved culture that fully reflects that dual European and Maori heritage. Much of what we do as an Army — how we dress, our drills, ranks, traditions and symbols — are of British origin. My character as a New Zealand Soldier, however, is also very much shaped by the Maori Warrior ethos, and as an organization, we have embraced many Maori practices and traditions. In 1995, the New Zealand Army was officially recognized as a tribal entity within New Zealand and from that date was also referred to as Ngati Tumatauenga — the Tribe of the War God.

My point in describing this is to illustrate, particularly to my U.S. colleagues, that while New Zealand is a Western democracy, a member of the Five Eyes community, and we have a small, professional defense force that employs doctrine, tactics, techniques and procedures similar to your own, our DNA is not the same. We think of ourselves differently. What is important to me as an individual, a leader and as a professional Soldier may often not be as important to you, and my priorities will, on occasion and as a result, differ.

So, as we look to developing regional leaders for a complex world with an emphasis on operating alongside and with our regional partners, it’s important that those of us who support leadership development across the Indo-Pacific acknowledge that what works for us may not work the same way for our regional partners. The individual requirements and training focus, even the way that our partners learn requires careful understanding. Moreover, it’s only by taking the time to understand that we can better tailor our assistance, to both the audience we’re supporting and the outcomes, including interoperability outcomes, which we mutually seek.

Therefore, to effectively integrate with other militaries across such a diverse region, we need capable trainers and educators who can adapt our practices and procedures, without compromising the essence or core content of those practices and procedures, to the different needs of the nations in our region, and then work alongside these nations with relative ease. We need trainers who can empathize with cultures different from their own and who are comfortable in not only taking the time to engage, interact and form strong working relationships with peers across the Indo-Pacific, but who also can develop bespoke, yet relevant, training solutions. Consider how the New Zealand Army seeks to do this. 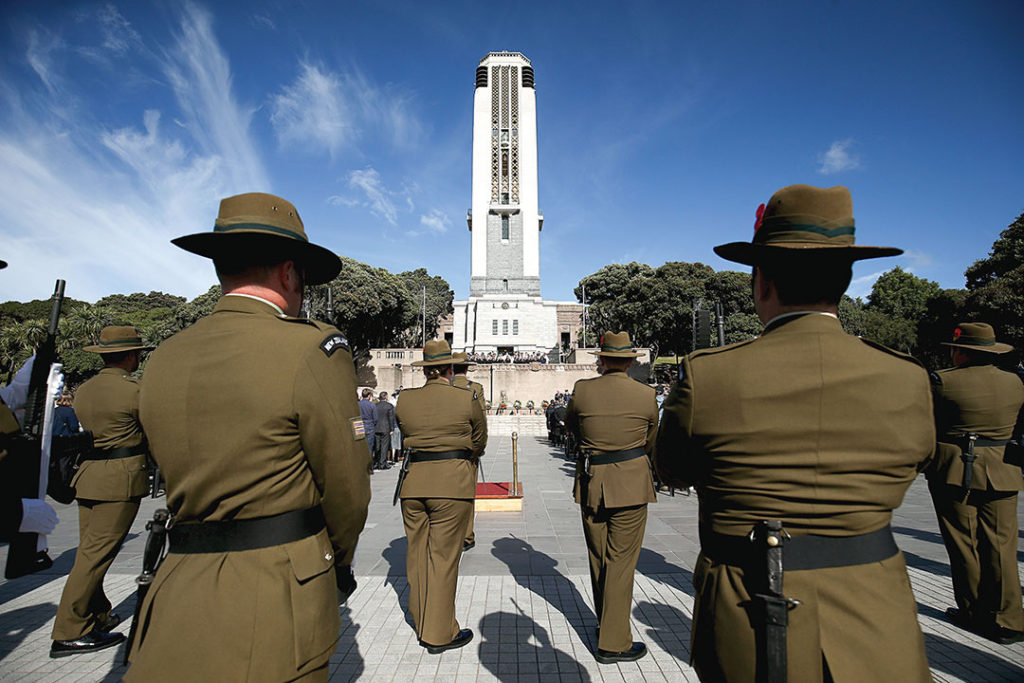 Previously, we delivered formal leadership training in New Zealand at the start of an officer’s career and then, apart from the occasional touchpoint on select courses — particularly for noncommissioned officers (NCOs) and warrant officers — relied on on-the-job experience to prepare our people to lead at the next level.

To better prepare our people to lead in the contemporary environment, we adopted a framework that more appropriately aligns leadership training with career progression and better integrates leadership development into our training courses. This shift aimed to produce an army of self-reliant, resilient leaders who have the right tools throughout their careers to inspire and direct the people under their command. The framework progresses through the following gates: lead self, lead teams, lead leaders, systems, capability, integrated capability and lead organization.

These steps account for everybody from recruit to the chief of army. They are linked to the New Zealand Army’s career progression model and take the form of classroom theory, 360-degree reporting and experiential outdoor learning. Importantly, and in addition to stand-alone leadership courses, this framework provides the basis for integrating leadership training into all command and specialist courses. For example, we base the leadership objectives of the Infantry Section Commander’s Course on the lead team’s level, while we link our Combat Company Commanders Course with those of the Lead Systems level. As a brigadier general, I attended the Lead Organization Course in August 2018.

This system recognizes that leaders require development at all levels, regardless of rank, position or experience and provides us with a common reference point for leadership training across the Army. Moreover, it gives a starting point for our conversations with regional partners on the assistance we might provide for their own leadership development. Against the various learning outcomes and the outcomes sought by our partners, we then develop the training support packages that improve the leadership ability of individuals and enhance how we interact and operate with our partners.

While the Kumul leadership framework mirrors the NZDF leadership development framework, it is unique to Papua New Guinea in its leadership levels, ethical construct and values element. The Papua New Guinea Defence Force (PNGDF) has recently designed, developed and delivered a Lead Capability Course, which has validated the Kumul leadership framework and produced a tangible improvement in PNGDF leadership. The success in establishing the PNGDF directorate of leadership development and the subsequent delivery of good training reflects what a strong partnership can deliver.

Our mutual assistance program provides this type of leadership training to several nations in the Pacific and Southeast Asia. The program funds numerous training teams like the one we sent to PNG, the permanent posting of support staff to Pacific island states and the attendance of representatives from the armies of the Pacific and Southeast Asia on command, leadership and specialist courses in New Zealand. We also provide support to our partner nations to attend tertiary institutions in New Zealand. These are all interactions that promote interoperability.

Because of the support the New Zealand Army provides to our regional companions, we are supporting the development of our regional leaders to operate alongside ourselves, our partners and allies in an increasingly complex world — an outcome that clearly targets the “people part” of the far greater “interoperability equation.”

Of equal importance, though, is the network of professional relationships we have established with leaders from across the region. As our people develop and progress through their careers, they have peers from our partner nations who advance at the same time they do and are invaluable contacts in times of both peace and crisis. Often, the relationships built by our regional engagements enable us to cut through bureaucracy, integrate more efficiently with our Asian and Pacific partners, and to operate more effectively together in our region. The value proposition from these outcomes, particularly from an interoperability perspective, is clear.

This article is an adaptation of Maj. Gen. John R. Boswell’s speech during the “Developing Regional Leaders for a Complex World” panel at the Land Forces Pacific Conference in Honolulu, Hawaii, on May 24, 2018.

The Papua New Guinea Defence Force (PNGDF) launched a framework to enhance coaching, training and mentoring of its leaders in 2017. It is the military’s first such leadership development program.

PNGDF Commander Brig. Gen. Gilbert Toropo said the Kumul leadership framework was necessary “to grow the organization and to execute our mission to defend PNG, its people and interests to the highest standard,” according to The National, an English-language Papua New Guinea newspaper.

Senior PNGDF officers signed the Laloki Declaration in 2014 to adopt a leadership framework, which was based on the military’s values and “will form the backbone of leadership development in the PNGDF,” Toropo said.

Col. Carl Wrakonei, a PNGDF area commander, told the Post-Courier in August 2018 that the PNGDF leadership development is the PNGDF commander’s number one priority. The PNGDF conducted its first training sessions under the Kumul framework in August and October 2018.

Wrakonei said the first course will enable participants to obtain tools to “provide a good platform for the junior leaders to exercise and advocate leadership messaging at their levels,” the Post-Courier reported.