Filipino strives to save ancient dance

Amid the chimes of gongs, Ligaya Fernando Amilbangsa teaches a group of women and children the mystical moves of a centuries-old dance form she has struggled to save from oblivion in the Philippines’ restive south.

Her dream is that the ethnic dance called Pangalay will continue as a living tradition, hopefully helping to heal divisions in the poor Southeast Asian nation, instead of ending up like a decorative museum piece.

“We have to think of a national symbol that can unite all of us,” Amilbangsa said in an interview at her home studio in Manila.

Amilbangsa, 71, was a 2015 winner of the Ramon Magsaysay award, regarded as Asia’s version of the Nobel Prize, for “her single-minded crusade in preserving the endangered artistic heritage of the southern Philippines.”

The other winners were Sanjiv Chaturvedi, who exposed government corruption in India; Anshu Gupta, whose Indian volunteer group provides clothing to the poor and makes inexpensive sanitary pads for women; Kommaly Chanthavong, who helped revive Laos’ ancient art of silk weaving and created livelihoods for poor villagers; and Kyaw Thu, a popular Burmese actor whose group provides free funeral services for the poor. 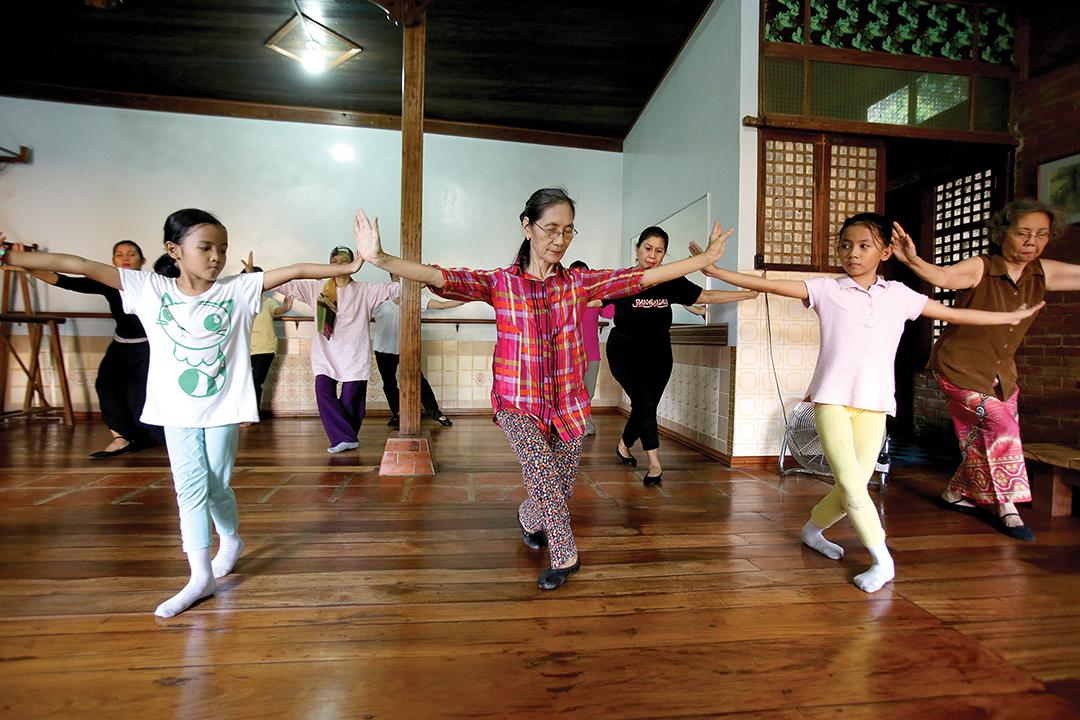 Amilbangsa, the daughter of a Catholic political family in Marikina city, a Manila suburb, married a Muslim schoolmate from a prominent clan and moved to southern Sulu province, where she first saw and became smitten by Pangalay at a wedding in 1969 on the island of Jolo.

A sister-in-law wondered why she was interested in an ethnic dance associated with rural folk. But Amilbangsa, who loved culture and the arts, had made up her mind.

“I thought that this was so beautiful, it’s so different,” she said.

She was fascinated that the dance style is believed to have spread from India to the southern Philippines ahead of the arrival of Islam and Christianity centuries ago. She said classic dance forms similar to Pangalay are still found in Cambodia, Burma, Thailand, Indonesia and other parts of Southeast Asia.

Pangalay, originally a Sanskrit word meaning “temple dancing,” means “gift offering” among Sulu villagers in the Philippines. It involves the peaceful swaying of the arms, hands and fingers in gestures resembling the movement of waves or animals. One version mimics a bird gliding as it swoops down to catch a fish at sea.

After being passed from one generation to another in Sulu and in nearby Tawi-Tawi province without any written guides, many of the original gestures started to be forgotten. Rural folk lost interest with the influx of modern entertainment.

In 1969, Amilbangsa began researching Pangalay, interviewing elderly villagers to codify the gestures, often by watching her own shadow on a wall as she danced in a candlelit room, according to Nanette Matilac, a Pangalay dancer and researcher.

Her years of research coincided with the flaring of a Muslim separatist rebellion in the south and the declaration of martial law in the country by former President Ferdinand Marcos in the 1970s. Public assemblies were banned at a time when she had to meet and transport groups of villagers to promote the dance.

Amilbangsa later traveled across Asia to study dance forms similar to Pangalay and then published a book in 1983 containing the first written dance instructions.

Joy Wadi, an ethnic Tausug civil engineer who has been studying Pangalay with her daughter at Amilbangsa’s home studio, said she is happy that the dance is helping her home province of Sulu become known for something other than bloody conflict.

Predominantly Muslim Sulu is a base of al-Qaida-linked Abu Sayyaf Group militants notorious for bombings, kidnappings and beheadings.

“When people see a Muslim or a Tausug, only terrorism and conflict come to mind,” Wadi said in an interview. “But no, we’re a good people with a very rich cultural heritage.”