In the People’s Republic of China (PRC), forgetting to keep a dog on its leash or failing to pay a parking fine can have lasting consequences. In 2018 alone, the government blocked 23 million people from either buying airplane or train tickets in China due to low “social credit” scores, according to a report by The Associated Press (AP).

The Chinese Communist Party (CCP) contends that a social credit scoring system will improve societal order. The party’s campaign to score every citizen based on digitally trackable behavior — everything from unpaid taxes to leash-law violations or posting negative comments about the government on social media — has been in development since 2014.

The ruling party has exhibited little transparency in how the scoring algorithm works. It acknowledges it rewards those with high social credit scores with the freedom to travel abroad, luxury accommodations, lower rates on loans and even better jobs. Citizens with low scores face punishment in ways that include being barred from management jobs, trains, air travel or even staying in nice hotels. 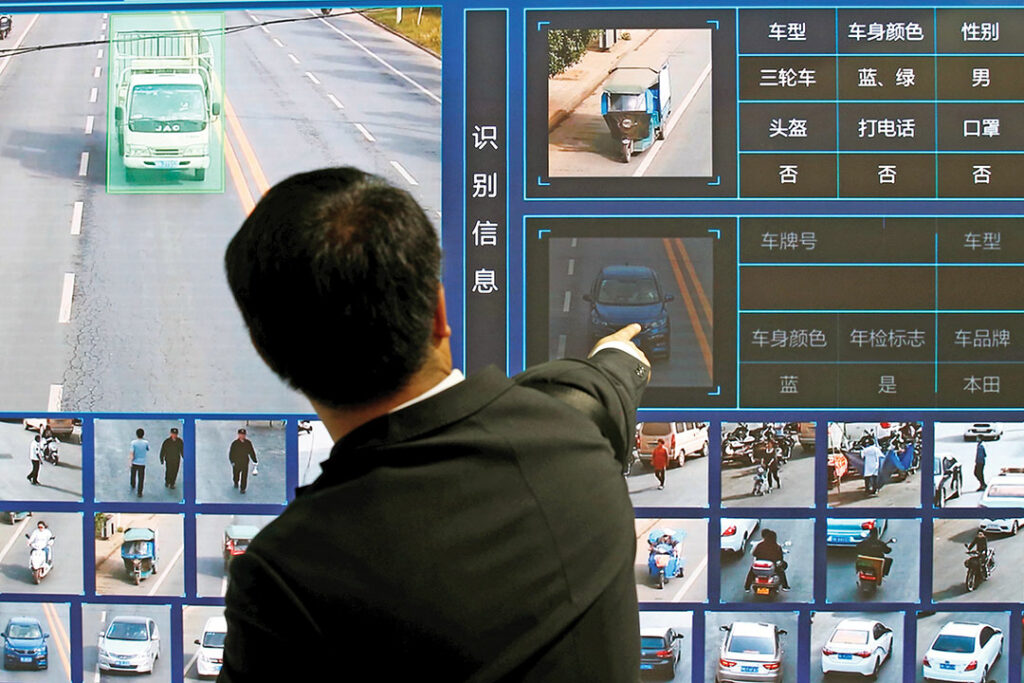 A man demonstrates traffic surveillance software during the Security China 2018 exhibition in Beijing. China could have as many as 450 million surveillance cameras nationwide by 2020. REUTERS

Although the CCP published a goal of having a nationwide social credit system in place by 2020, it currently runs only a mishmash of pilot projects launched by about a half-dozen local authorities and technology companies. One of those companies is Sesame Credit, which is run by Jack Ma’s Alibaba, an online shopping empire, according to a report by Time magazine. The firm considers a range of financial and social behaviors to determine social credit scores.

The PRC tasked eight companies, including Sesame parent Ant Financial and China Rapid Finance, a partner of the social networking giant Tencent, with conducting trial runs on a credit scoring system. The party’s guidance called for a nationwide system that would “allow the trustworthy to roam everywhere under heaven, while making it hard for the discredited to take a single step.”

While millions of citizens have already been rewarded or punished under the trial systems, the government has not indicated how it plans to roll out the nationwide program. Systems currently in use, however, raise international concerns that an autocratic regime is imposing “Orwellian” control over its citizens and possibly business partners outside the country. Orwellian is a reference to the dystopian scenarios depicted by novelist George Orwell in his novel 1984. U.S. Vice President Mike Pence criticized the Chinese system in October 2018 as “an Orwellian system premised on controlling virtually every facet of human life.”

The offenses could be as small as parking fines or late loan payments. The punishments, however, can be severe and long-lasting. China’s National Public Credit Information Center reported that would-be air travelers were blocked from buying tickets 17.5 million times in 2018 for having low social credit scores. Another 5.5 million train tickets were denied for the same reason. The same report said 128 people were stopped from leaving China because they hadn’t paid their taxes.

The social credit system extends to many facets of daily life. In Jinan, Shandong province, for example, failing to properly care for a dog could result in the government confiscating the pet. The city’s social credit system requires anyone with a dog to register with police. The dog’s owner, once licensed, begins with 12 points, which are embedded as a QR code on the dog’s collar, according to a report by The Daily Telegraph, a British newspaper.

The government deducts points for infractions that range from walking dogs without a leash or tag to not cleaning up their waste. Dogs are banned from public accommodations, including transportation and hotels, and they aren’t allowed to frolic in the city’s public fountains. If an owner loses all 12 points, the government confiscates the dog and requires the owner to pass an exam on responsible pet ownership. State media reports that most of the people who lost their dogs eventually passed the exam and got their pets back.

Rewards for those with high scores vary from discounts on energy bills, better interest rates at banks and the ability to rent items without placing deposits. A report by BBC News said that China’s biggest dating site, Baihe, boosts the profiles of citizens with excellent social credit scores. “A person’s appearance is very important,” explains Baihe Vice President Zhuan Yirong. “But it’s more important to be able to make a living. Your partner’s fortune guarantees a comfortable life.” 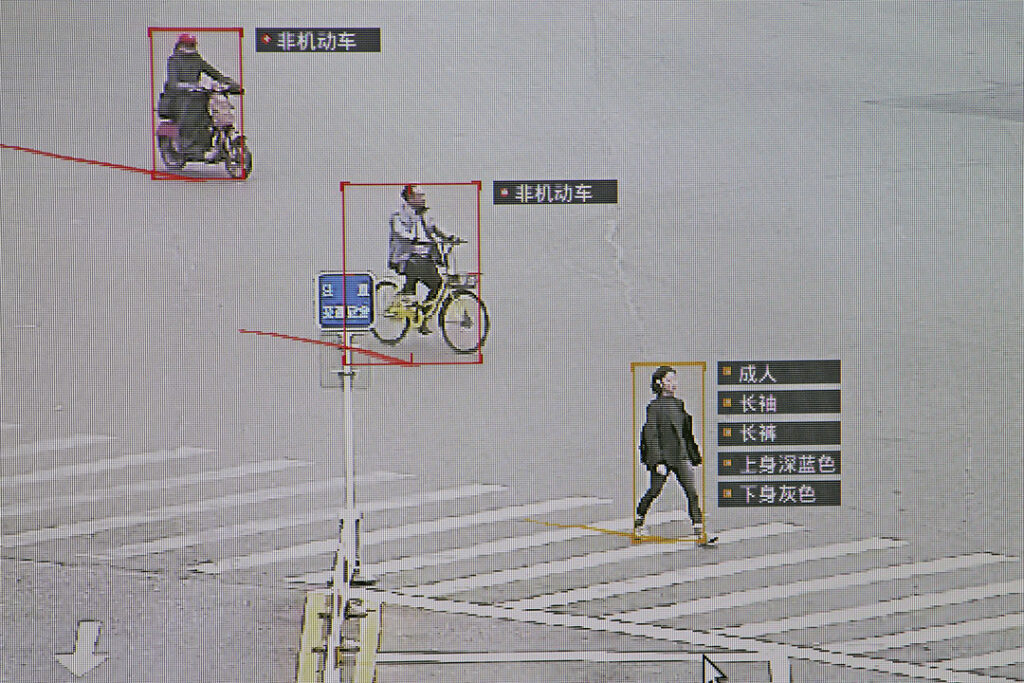 While those deemed trustworthy may enjoy more active dating lives, those on the opposite end of the spectrum struggle with the shame of being publicly labeled disreputable. “It’s even worse than doing time because at least there’s a limit to a prison sentence,” David Kong, a 47-year-old former publisher, told the South China Morning Post newspaper. In the newspaper, which is owned by Alibaba, Kong describes life as a designated “deadbeat” as dire.

That’s because the PRC’s list of “discredited individuals” is made public, and local governments find innovative ways to broadcast it. One county added a ringtone to warn callers that they were about to speak to a “deadbeat,” according to the state-run Xinhua news agency.

“Hello, Pu’an County People’s Court reminds you that the person you have dialed has been included in the list of discredited individuals. Please be careful if you associate with him!” the message said.

Another Chinese court system, the Hebei Higher People’s Court, rolled out “the Deadbeat Map,” an app that is an add-on to the Chinese social media platform WeChat, for trial in January 2019. Critics have raised privacy concerns over the app, which allows users to check if people within a 500-meter radius have failed to pay their debts.

Government bureaucrats are not immune from the scrutiny. In March 2019, the southeastern city of Quanzhou started rating the personal behavior of civil servants. The commercial hub Wenzhou had already began scoring the behavior of public employees for promotions and rewards, and the coastal city Zhoushan also keeps files on the social credit of government workers, Bloomberg reported.

This government control campaign is already making waves beyond China’s borders. Dr. Samantha Hoffman, a nonresident fellow at the International Cyber Policy Centre of the Australian Strategic Policy Institute and a visiting academic fellow at the Mercator Institute for China Studies in Berlin, said the PRC’s use of big-data collection to monitor, shape and rate citizens’ behavior affects countries trying to do business with China.

“Social credit regulations are already being used to force businesses to change their language to accommodate the political demands of the Chinese Communist Party (CCP),” she wrote in a 2018 report. “It will affect international business and overseas Chinese communities and has the potential to interfere directly in the sovereignty of other nations,” she said in the report, “Social Credit: Technology-enhanced Authoritarian Control with Global Consequences.” She gave the example of a move by the Chinese Civil Aviation Administration in April 2018 to cite international airlines for violating Chinese laws by listing Taiwan, Hong Kong and Macao on their websites.

On April 25, 2018, the Chinese Civil Aviation Administration accused United Airlines, Qantas and dozens of other airlines of “serious dishonesty” for listing Taiwan, Hong Kong and Macao on their websites. Chinese authorities said failure to classify the locations as Chinese property “would count against the airlines’ credit records and would lead to penalties under other laws, such as the cyber security law,” Hoffman wrote.

In this way, the social credit experiment is being used to “compel international airlines to acknowledge and adopt the CCP’s version of the truth, and so repress alternative perspectives on Taiwan,” Hoffman wrote. 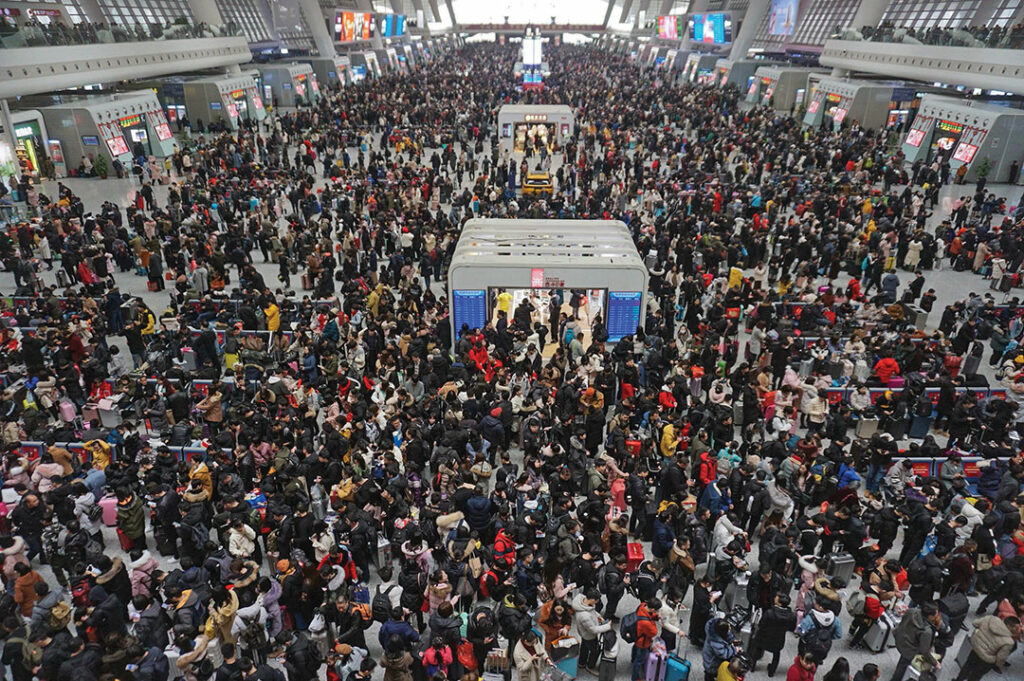 The CCP considers these areas part of China, and the rules the airlines were accused of violating were written to “implement two key policies on establishing” the social credit system, Hoffman said. Many of the airlines changed their websites’ travel destinations to conform with the PRC’s demands.

“As businesses continue to comply,” Hoffman wrote, “the acceptance of the CCP’s claims will eventually become an automatic decision and hence a norm that interferes with the sovereignty of other nations.”

The PRC contends listing Taiwan as a country violates a law that protects the “dignity or interests of the state.” The Shanghai Administration for Industry and Commerce, for example, fined Japanese retailer Muji’s Shanghai branch 200,000 yuan, or U.S. $41,381, for developing packaging that listed Taiwan as a country.

The case coincided with a regulation that took effect January 1, 2018, that requires every company with a business license in China to have an 18-digit social credit code.

This data monitoring represents only one facet of the PRC’s approach to behavioral control. Another plank is a massive network of cameras to monitor the movements of its citizens.

The PRC’s Ministry of Public Safety in 2015 called for the creation of an “omnipresent, completely connected, always on and fully controllable” video surveillance network. IHS Markit, a London-based global information provider, estimated the PRC will have installed 450 million cameras nationwide by 2020.

By August 2018, police had more than 46,000 surveillance cameras installed in Beijing, enough to cover every street corner, according to the media reports in China. More than 4,300 police officers are in charge of monitoring the footage.

This omnipresent surveillance comes with human rights implications. In February 2019, Dutch internet expert Victor Gevers of the nonprofit GDI Foundation revealed the installation of a massive video surveillance system in the Xinjiang region, which is the native home of Muslim Uighurs who have been subjected by the party-state to arbitrary mass detentions and political re-education camps. A Chinese surveillance firm, SenseNets Technology Ltd., was tracking the movements of more than 2.5 million people in Xinjiang, Reuters reported.

Indo-Pacific countries and Western democracies that want to check the PRC’s burgeoning surveillance state possess tools of resistance, Hoffman contends. Democratic governments, she asserts, should become more proactive in countering the CCP’s extension of the social credit system. “Democratic governments can’t force firms to refuse to comply with Beijing’s demands,” she wrote, “but they also shouldn’t leave businesses alone to mitigate risks that are created by the Chinese state’s actions.” 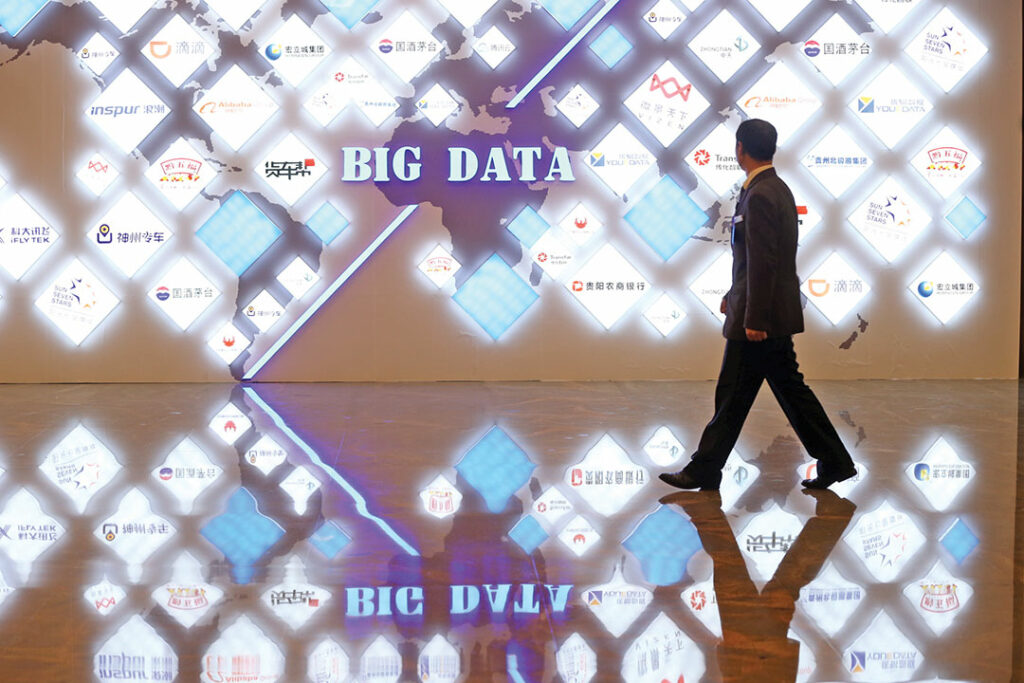 A man takes a stroll at the China International Big Data Industry Expo in Guiyang, Guizhou province. The Chinese government is teaming up with big-data companies to monitor the online habits of its citizens to influence their behavior. REUTERS

CETC is a state-owned enterprise behind China’s video surveillance apparatus. It funded one of the University of Technology Sydney’s most recent projects, which was a public security online video retrieval system.

To prevent data from being exported for use in Beijing’s system, governments should emphasize data protection, particularly at the university level. For example, Confucius Institutes based on university campuses around the world should be required to store data on university-owned hardware and software, so they can make sure it isn’t being exported to China, Hoffman wrote.

Failing to safeguard data would be contributing to a growing system that is already denying residents in China some basic rights, such as freedom of speech. Lin Hu, a journalist in China, told the Canadian newspaper The Globe and Mail that he was arrested, fined and blacklisted for writing about censorship and government corruption. Lue was placed on the “List of Dishonest Persons Subject to Enforcement by the Supreme People’s Court.” He was barred from buying plane tickets, banned from some trains and prohibited from buying property or taking out a loan.

“There was no file, no police warrant, no official advance notification,” he told the newspaper. “They just cut me off from the things I was once entitled to. What’s really scary is there’s nothing you can do about it. You can report to no one. You are stuck in the middle of nowhere.”