Even as world leaders gathered for a climate conference in Egypt in November 2022, a record drought in China continued fanning fears over that nation’s carbon dioxide emissions and the ripple effects on its strained water supply.

The People’s Republic of China (PRC) — already the biggest carbon emitter, accounting for nearly one-third of the annual global total — has been forced to boost production at coal-fired plants to compensate for diminishing outputs at its hydropower facilities as major rivers such as the Mekong and Yangtze run low, Chinese officials admitted.

“Continued rising demand for electricity and lack of hydropower capacity due to seasonal factors have resulted in high pressure on coal supplies,” an official with the National Development and Reform Commission acknowledged to the state-run Global Times newspaper in August 2022.

Chinese power plants burned 8.16 million metric tons of coal during the first two weeks of that month, a 15% spike over the previous year, Voice of America reported. Increased production has costly consequences: Those industrial plants belch gases and other waste that further pollute a long-tainted groundwater supply just as heatwaves are creating a clamor for water.

“These concerns are further compounded by China’s decades-long overreliance on groundwater, brought on by high water demand for socioeconomic development, agricultural irrigation, and population growth,” according to The Diplomat magazine.

Groundwater is the primary source of drinking water for an estimated 70% of the PRC’s 1.4 billion people, while it also irrigates about 40% of the nation’s farmland, the magazine reported in September 2022. (Pictured: A farmer stands near a pump at a depleted community reservoir in southwest China in August 2022.)

“Further complicating matters, China’s existing water resources are heavily polluted … impacting the environment and society, including human health, cultivated land, and river quality,” The Diplomat reported. “According to recent estimates, more than 80% of China’s cities are severely polluted due to household, industrial, municipal and agricultural sources. Similarly, a 2016 government-led study in China found that an estimated 80% of China’s groundwater is significantly contaminated by pollutants, including heavy metals such as arsenic.”

The PRC’s water policies also threaten other nations, with Beijing accused of restricting flows at its Mekong megadams as parched downstream neighbors such as Laos and Thailand battle drought. “In just a few decades, the Mekong River basin has undergone a rapid infrastructure development that has fostered economic growth but also damaged the environment and challenged the relation between riparian countries,” researchers in Singapore and the

United States noted in a study published in May 2022 in Hydrology and Earth System Sciences, a journal of the European Geosciences Union.

There’s little relief on the horizon. Chinese scientists forecast below-normal rainfall for much of the country in the coming months, with southern China potentially facing severe drought, including areas where hydropower is the major energy source, Reuters reported in November 2022. That will spark more burning of coal and other fossil fuels to satisfy winter energy demand, “adding to carbon emissions, ultimately increasing the risk of extreme weather.”

Such an approach is akin to “quenching a thirst with poison,” Yu Aiqun, a researcher with the nonprofit Global Energy Monitor, told CNN in August 2022. “China has an obsession with coal power — there is a very strong sense of dependence,” she said. “Whenever an energy problem occurs, it always tries to seek answer from coal power.”

With production spikes at the PRC’s state-controlled utilities stoking anxiety over heat-trapping emissions, Chinese Communist Party General Secretary Xi Jinping chose to skip the 27th Conference of the Parties of the United Nations Framework Convention on Climate Change (COP27) in Egypt, where national leaders renewed pledges “on an array of issues critical to tackling the climate emergency.”

In his address at COP27, U.S. President Joe Biden announced a U.S. $150 million contribution to help Africa adapt to climate effects, The Associated Press (AP) reported. “This gathering must be the moment to recommit our future and our shared capacity to write a better story for the world,” he said.

President Biden “made it very clear that the climate crisis is a major top priority for the United States domestically in getting laws passed, internationally in partnership with other countries,” Jennifer Morgan, Germany’s special climate envoy, told AP. 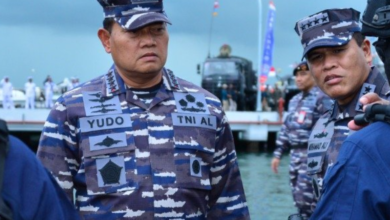 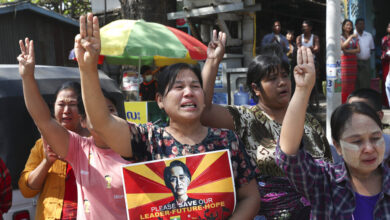 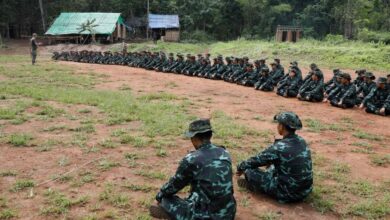