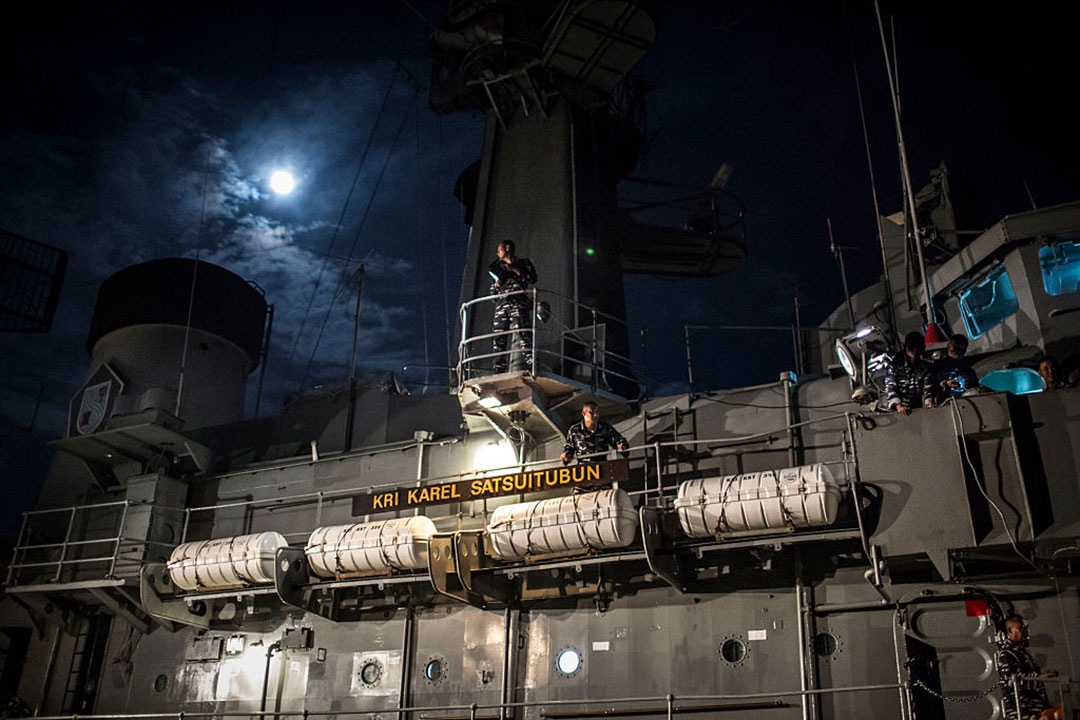 With fishing critical to its food security and economy, Indonesia is deploying military and security assets to protect its most valuable fisheries around the Riau Islands in the Natuna Sea against overfishing, coastal sand mining and territorial encroachment, notably by Chinese vessels.

Indonesia consumes more than 40 kilograms of fish per capita annually, making the archipelago nation one of the countries worldwide most dependent on fish. Its waters support more than 3,000 fish species, with its fisheries industry employing about 12 million people.

Indonesia’s Defense Ministry, known as Kemhan, and Maritime Affairs and Fisheries Ministry (KKP) are seeking to establish the “Riau Islands Integrated Marine and Fishery Defense Area” to maximize maritime potential while upholding the nation’s sovereignty in the Natuna Sea, as Indonesia calls that portion of the South China Sea. Officials from both ministries visited Riau Islands Province in mid-October 2022 to discuss plans and strategies ranging from integrated marine and fisheries policies to border policies for defense and security, Kemhan reported.

The province’s fisheries produced a total catch valued at U.S. $556 million in 2021, led by the Natuna Regency subregion, with a catch worth over U.S. $180 million, according to Arief Fadillah, head of the province’s Maritime Affairs and Fisheries Service.

Given the importance of the Natuna Regency fisheries to Indonesia, a strategic plan is needed to protect them, Fadillah said.

KKP has established and manages about 80 marine conservation areas to reduce overfishing, including one set up in April 2022 at Bintan Island in eastern Riau Island Province covering more than 138,000 hectares.

Many of Indonesia’s isolated, uninhabited islands are used for coastal dredging operations to mine sand for use in construction, according to Mongabay, a United States-based conservation news platform. The practice damages fisheries and has prompted complaints to the national government from fishing communities.

Other focus group presenters highlighted the need to protect coastlines and the importance of combining defense and security measures with fisheries cultivation. In response to frequent incursions by People’s Republic of China (PRC) vessels into Indonesian waters in the Natuna Sea, Jakarta has strengthened its military presence and staged naval exercises on and around Natuna Besar, the area’s largest island. (Pictured: The Indonesian Navy vessel KRI Karel Satsuitubun patrols the nation’s exclusive economic zone in the Natuna Sea in 2016.)

Beijing has used its arbitrary claim to 90% of the South China Sea as a pretext to encroach in Indonesian waters in the Natuna Regency, even though an international tribunal rejected much of that claim as legally invalid.

In 2009, an official PRC map included the regency within Chinese territory, sparking a dispute with Jakarta. In early 2020, PRC fishing vessels entered waters around the northern Natuna Islands escorted by a Chinese coast guard ship, Reuters reported. Jakarta deployed warships and organized its own fishing fleet in response, resulting in a monthslong standoff and strained relations between the governments.