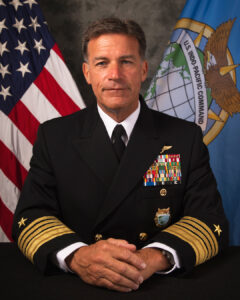 After the People’s Republic of China (PRC) took Scarborough Shoal by force from the Philippines in 2012, the Chinese government waged a near decadelong campaign to control the bulk of the disputed South China Sea by building a network of military bases on artificial features created by its dredging fleet. The PRC’s resulting territorial grab remains the most prominent example of the regime’s use of hybrid warfare in the Indo-Pacific.

This edition of FORUM calls attention to the importance of integrated deterrence in countering continuing and emerging asymmetric threats, which fall below the threshold of conventional warfare. The issue also illuminates why and how Indo-Pacific allies, partners and like-minded nations can ensure security and stability in the region by proactively preparing strategic responses to such aggression and coercion.

In the opening feature, retired U.S. Army Col. Arthur N. Tulak examines the prevailing strategic approach by allies and partners to counter Chinese and Russian gray-zone activities. Implementing integrated deterrence with a focus on hybrid warfare and coercion requires developing clear theater-level concepts and objectives that target the behaviors of the PRC and Russia, Tulak argues. A coordinated, multiyear campaign is required to change the cost-benefit calculations on using such aggressive tactics, he writes.

In a revealing analysis, a team of experts describe how the PRC has shifted its focus from building bases on artificial features to asserting control over activity in the South China Sea by employing a maritime militia to achieve the Chinese Communist Party’s (CCP’s) objectives. An article by FORUM staff chronicles how infrastructure projects pushed by the PRC’s One Belt, One Road scheme have saddled many Indo-Pacific countries with unsustainable debt. In another article, geostrategist and author Brahma Chellaney describes how the CCP has weaponized water in the Indo-Pacific. He writes that the regime’s asymmetric control over cross-border flows of rivers through its construction of large, upstream dams increases the likelihood of conflicts over water.

With hopes of helping change the PRC’s regional calculus, other articles in this edition point to possible solutions, including strengthening regional alliances and partnerships and protecting the semiconductor industry and other supply chains. A FORUM staff article details how Balikatan 2022 brought interoperability, partnership and the alliance between the Philippines and the United States to new heights. The piece also reveals how the ever-strengthening bond between the nations increases integrated deterrence in the Indo-Pacific.

We hope these articles encourage regional conversations on countering asymmetric threats. We welcome your comments. Please contact the FORUM staff at ipdf@ipdefenseforum.com to share your thoughts.