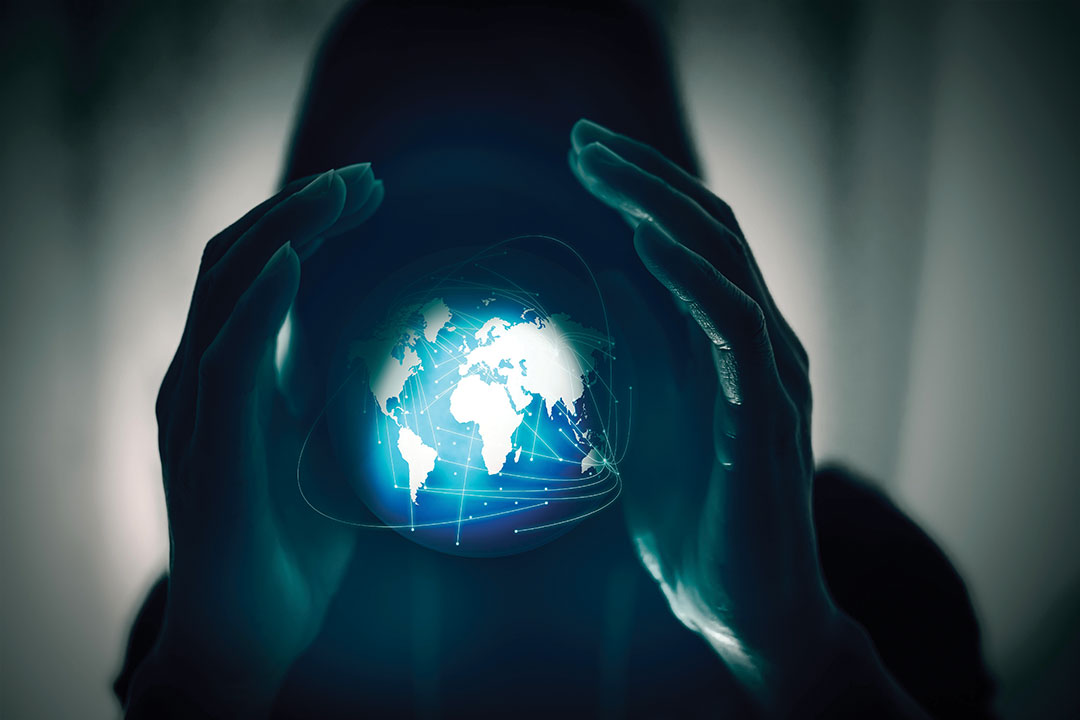 Apandemic entering its third year has shifted the outlook of Indo-Pacific defense practitioners. Security threats don’t always take the shape of hostile troops, bombs or missiles. They are sometimes invisible, often naturally occurring and can be the result of bad actors taking advantage of a chaotic landscape.

Whether threats come from hackers capitalizing on an internet-dependent population or violent extremist organizations recruiting pandemic-weary malcontents, nontraditional threats are national and regional and must be countered with sophistication and resolve, experts agree.

The authors of a March 2021 report by CNA, a nonprofit research organization, said security ramifications caused by the pandemic are far-reaching and “almost no part of life has gone untouched by the virus.”

“Historical perspective gained over time will assess the efficacy of the global response to this lethal virus,” they said. “What already is clear, however, is that the COVID-19 pandemic has highlighted the complexities of safeguarding our national security while responding to a global health crisis.”

Like the rest of the world, Indo-Pacific citizens moved their living, learning and working online during the pandemic, complicating an already risky cyber landscape. An increase in personal and business activity online exacerbated many cybersecurity challenges in the region, according to an April 2021 risk intelligence report by the online news magazine The Diplomat.

“Phishing emails continued to be a popular vector for cybercriminals to steal information from businesses, government agencies and civil society organizations large and small,” The Diplomat reported in August 2021. “Businesses are increasingly digitizing their processes — again, a pre-pandemic trend — ranging from document-sharing to accessing user data, as more individuals get connected to the global internet by the year. Surveillance and privacy risks to individuals from both governments and companies were rising well before the COVID-19 pandemic, too.”

A North Korean hacker crew called Lazarus Group was accused of carrying out the biggest cryptocurrency heist of 2020 when it stole U.S. $275 million in virtual money from the KuCoin exchange, Forbes magazine reported in February 2021.

The United States and its allies in July 2021 accused the People’s Republic of China (PRC) of conducting a massive hack of Microsoft’s email system and other ransomware attacks. The White House and governments in Europe and the Indo-Pacific issued a statement that accused China’s Ministry of State Security of using “criminal contract hackers” to conduct destabilizing activities worldwide.

The spread of COVID-19 brought a cybercrime wave to Singapore with a data breach at an employment agency and a massive ransomware attack on a specialty medical clinic, Techwire Asia reported in October 2021. Private information of Fullerton Health customers was stolen and hawked online after one of the health care company’s vendors reported a data breach. Perpetrators put the data up for sale on hacking forums, The Straits Times newspaper reported. The hackers claimed they stole data from 400,000 people, including their insurance policy details.

In response to these threats, Indo-Pacific industry leaders are shoring up their cyber defenses. MIT Technology Review Insights surveyed 600 technology decision-makers in the Indo-Pacific and reported in December 2020 that more than three-quarters of their organizations had made digital investments to protect new ways of doing business. Six out of 10 respondents said they had business-continuity plans in place in the event of a cyber intrusion.

COVID-19 is a textbook nontraditional threat — “an amorphous, evolving, and invisible adversary that proliferates without intention, bargaining or goals,” according to the CNA research group. In its report, “Viral Extremism: COVID-19, Nontraditional Threats and U.S. Counterterrorism,” CNA researchers found that traditional threats, such as terrorism, can thrive in the chaos a pandemic creates.

“COVID increases global instability. This is especially true, given the prolonged COVID experience brought on by waves of variants,” Pamela G. Faber, one of the report’s authors, told FORUM. “Violent extremist organizations and terrorist groups take advantage of, and actually try to amplify, environments of instability and chaos. This pandemic is exactly the type of environment in which these groups would thrive.”

Faber, an expert in security and development in conflict and post-conflict regions, said COVID-19 creates threats to national, regional and global security by amplifying the risk of vulnerable populations being radicalized. “These risk factors include increasingly toxic and extremist online content, increased feelings of economic uncertainty, growing anger because of perceived government failures, greater frustration because of perceived oppressive government responses, increased isolation from friends and feelings of loneliness, and higher levels of stress,” she said.

In the Sahel region of Africa, for example, extremists exploited the pandemic by stepping up attacks on national and international peacekeepers, according to a
June 2020 report in Modern Diplomacy magazine. “We are seeing attempts by terrorists and other groups in the region to capitalize on the pandemic to undermine state authority and destabilize governments,” United Nations peacekeeping chief Jean-Pierre Lacroix told the U.N. Security Council in May 2020.

In the Indo-Pacific, Faber noted that the Islamic State group initially claimed the coronavirus was a punishment for China over its mistreatment of Uyghur Muslims. As the virus spread, however, the terrorist group began to describe COVID-19 as punishment from God on the West. Some extremist groups have also “used the pandemic to justify attacks against ethnic communities inaccurately labeled as responsible for the spread of the disease, particularly Asian communities,” she said.

With some states and their defense forces overburdened by the pandemic or natural disasters, the Indo-Pacific is seeing plots forged amid strife. “Those involved in illicit activities are taking advantage of an environment where nations across the region are focused on immediate health threats over security,” wrote
J. “Lumpy” Lumbaca, professor of Indo-Pacific terrorism and irregular warfare at the Daniel K. Inouye Asia-Pacific Center for Security Studies, in an April 2020 report titled “Coronavirus, Terrorism, and Illicit Activity in the Indo-Pacific.” Those trends continued throughout 2021.

Three Philippine civilians were killed in December 2021 when suspected communist rebels attacked government troops assisting the evacuation of Carmen, Surigao del Sur, ahead of Typhoon Rai, msn.com reported. Gov. Alexander Pimentel appealed to New People’s Army rebels not to attack during preparations for the storm, which killed more than 400 people and displaced more than 135,000.

In North Korea, border crossings to China were closed due to the pandemic, leaving desperate traders in North Hamgyong to turn to methamphetamine trafficking to survive, Lumbaca wrote. Although meth trafficking in North Korea is common, he said, local production increased when rumors spread that the drug could prevent or even cure the disease.

State actors can also take advantage of the pandemic to silence dissent. In China, billionaire developer Ren Zhiqiang, known as “The Cannon” for his outspokenness, likened Chinese Communist Party General Secretary Xi Jinping to a power-hungry “clown” in a 2020 online post. He said the party’s limits on free speech exacerbated the pandemic. Ren disappeared in March 2020, and the government in September 2020 announced he had been sentenced to 18 years in prison on corruption charges, The Associated Press reported. Ren had 37 million followers on Weibo, a Chinese social networking site. Many observers viewed the prosecution as retaliation. “Ren Zhiqiang is not a radical dissident, but a decades-long loyal Communist Party member who advocated for political reform,” Yaqiu Wang, a China researcher at Human Rights Watch, told The New York Times newspaper. “The Communist Party has no tolerance of any kind of criticism toward the party, even if it is made with the intention to improve the party’s governance.”

From combating microchip shortages to distributing coronavirus vaccines, Indo-Pacific partners are addressing nontraditional threats. The leaders of Australia, India, Japan and the U.S. — members of the Quadrilateral Security Dialogue, or Quad — in September 2021 agreed to build secure semiconductor supply chains to counter a shortage that surfaced during the pandemic.

“Quad partners will launch a joint initiative to map capacity, identify vulnerabilities and bolster supply-chain security for semiconductors and their vital components,” the White House said in a statement. “This initiative will help ensure Quad partners support a diverse and competitive market that produces the secure critical technologies essential for digital economies globally.”

Microchips are the brains behind modern-day conveniences — everything from calculators and computers to satellites that enable GPS.

Quad countries also play a critical role in distributing COVID-19 vaccines. By September 2021, they had delivered nearly 79 million vaccine doses to the Indo-Pacific region and 1.2 billion globally, according to the White House.

The Serum Institute of India, the world’s largest vaccine maker, resumed exports of coronavirus vaccines in November 2021 just as the omicron variant found in South Africa was beginning to cause worldwide concern. India had suspended vaccine exports in March 2021 following a surge in domestic cases. “This will go a long way in restoring vaccine supply equality in the world,” Serum Institute chief executive Adar Poonawalla said on Twitter.

Through a U.S. $3.3 billion loan program, Japan continued to help regional countries procure vaccines, and Australia delivered U.S. $212 million in grants to buy vaccines for Southeast Asia and the Pacific region, according to the White House.

Protecting the free flow of information also is a priority for Indo-Pacific partners confronting nontraditional threats. Australia, Japan and the U.S. announced in December 2021 they would jointly fund the development of 5G communications networks in the South Pacific to hedge against the PRC gaining control of the region’s critical infrastructure and potentially exporting its authoritarian values, Japanese news agency Kyodo News reported.

The decision was announced shortly after the three countries said they would help build an undersea cable network to improve the internet connectivity of the Pacific island nations of Kiribati, Micronesia and Nauru.

Even as partners coalesce to shore up supply chain vulnerabilities and defenses against rapidly spreading diseases, CNA researcher Faber contends defense planners need to stay focused on thwarting extremists who thrive in the midst of disaster. “Efforts to counter extremist groups must take into account the events and trends that bolster them,” she said. “We have seen during COVID that the impact of nontraditional threats, such as pandemics, are very useful for these groups. Pandemics are just one type of nontraditional threat. Others include natural disasters, extreme weather, supply chain failures and natural resource scarcity. Crucially, understanding the impact of nontraditional threats on extremism has not historically been included in counterterrorism or counterextremism efforts.”

She added that amplifying the role of prevention — countering violent extremism and radicalization — should be central to counterterrorism strategy, especially in the pandemic. U.S. counterterrorism efforts, for example, “should also recognize that some partner nations, especially those who are largely unable to meet the needs of populations in crisis, will be especially vulnerable to the impact of COVID on extremism.”