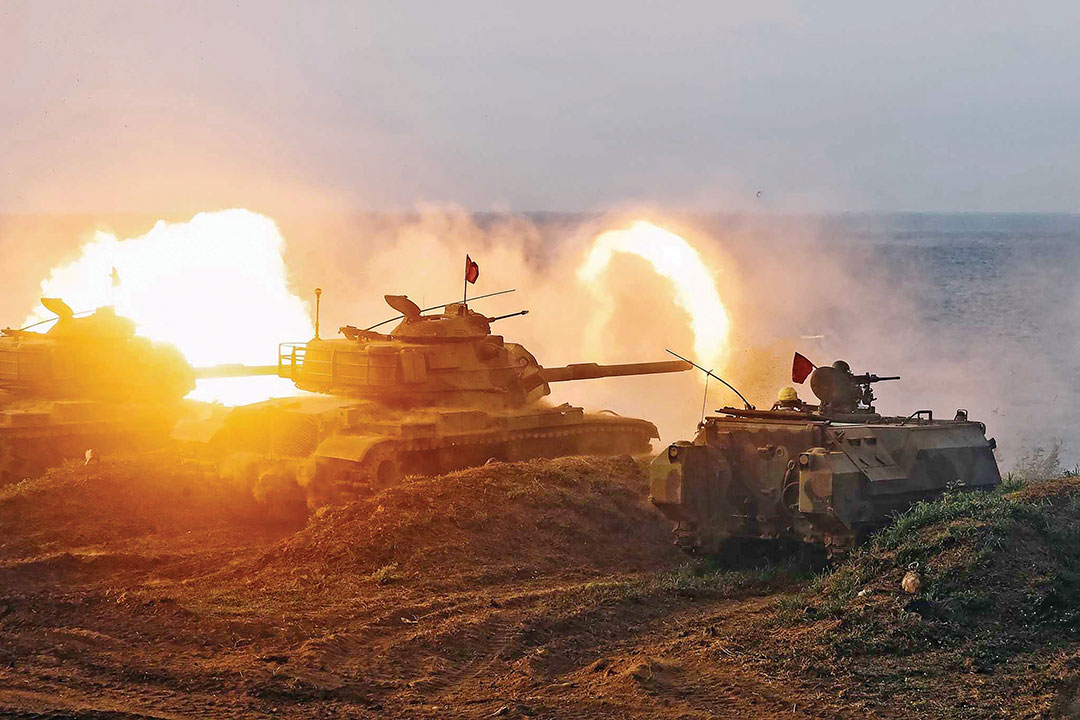 Taiwan incorporated lessons learned from Russia’s invasion of Ukraine into upcoming military exercises aimed at practicing fighting off a Chinese attack, according to the self-governed island’s National Defense Ministry.

Taiwan, claimed by the People’s Republic of China (PRC) as its territory, raised its alert level after the Russian invasion of Ukraine in February 2022, wary that the Chinese Communist Party (CCP) might make a similar move against the island.

Debates have emerged in Taiwan and discussions commenced with the United States on how the island could defend itself, according to Taiwan Defense Minister Chiu Kuo-cheng. “It is not only discussed in exchange meetings between the United States and Taiwan, but also discussed with other countries that have regular contacts with Taiwan,” Chiu said in late March 2022.

The Defense Ministry said the Han Kuang exercises, Taiwan’s largest annual war games, would be held in two parts in May and July 2022. The first included a tabletop exercise based on “possible actions of the Chinese Communist Party in recent years to invade Taiwan, taking into account the lessons of the Russian-Ukrainian war,” according to a ministry statement. The July portion featured five days of drills, including live-fire exercises.

Troops focused on attacking the enemy at sea, preserving combat forces and “integrating the total force of the whole people to support military operations,” a reference to civil defense and reservist reforms to improve Taiwan’s ability to fight the CCP. (Pictured: Taiwan armored units conduct a live-fire drill during the 2021 Han Kuang exercise on an island in Penghu.)

“The Taiwanese government and people also face a high threat from the authoritarian regime across the Taiwan Strait, and therefore feel the current situation faced by Ukraine as though it is happening to ourselves,” Taiwan Foreign Minister Joseph Wu told Vitali Klitschko, mayor of Ukraine’s capital, Kyiv, during an April 2022 video conference. Wu pledged Taiwan would donate U.S. $8 million to Kyiv and Ukrainian medical institutions.

While Taiwan officials see many parallels in the Ukraine war, including having a giant neighbor with territorial ambitions, they have also pointed to major differences. Taiwan, for example, has the “natural barrier” of the Taiwan Strait, which would make it more difficult for the CCP to land troops. Taiwan also has a large and well-equipped Air Force and is developing a formidable missile strike capability.

The CCP has stepped up its military pressure against Taiwan over the past two years. Taiwan rejects the PRC’s sovereignty claims and says only the island’s people can decide their future.