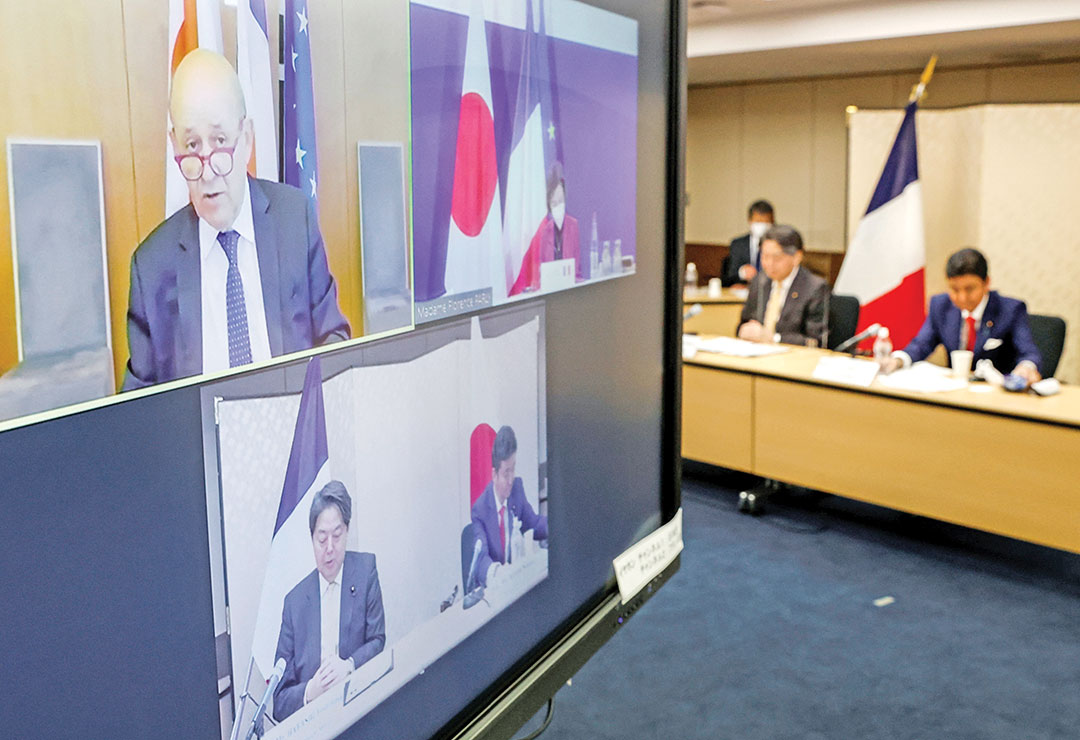 France and Japan face shared security challenges in the Indo-Pacific that are only “getting tougher,” Japan’s then defense minister said ahead of talks between the foreign and defense ministers of the two countries in early 2022.

The talks between Tokyo and Paris took place as Japan pushed to bolster security cooperation with Western allies as it faces the People’s Republic of China’s growing assertiveness and North Korea’s missile development.

France has overseas territories in the Indo-Pacific and stations its Armed Forces in the region. Rising tensions relating to democratic Taiwan, over which the Chinese Communist Party asserts sovereignty, have put a sharp focus on Japan’s security role. North Korea’s rapid sequence of weapons tests in January 2022 caused additional concerns.

In a statement, the countries said they agreed to strengthen security cooperation and increase bilateral cooperation in the Indo-Pacific. “The four ministers shared serious concerns about the South and East China Seas situation and agreed to strongly object to unilateral attempts to change the status quo with force,” the statement said. “They also confirmed the importance of peace and stability in the Taiwan Strait and agreed to urge relevant parties to solve the cross-strait issue peacefully.”

Japan and France have reached several key security deals, including an agreement on the transfer of defense equipment and technology, and have also increased joint military drills in recent years.  Reuters