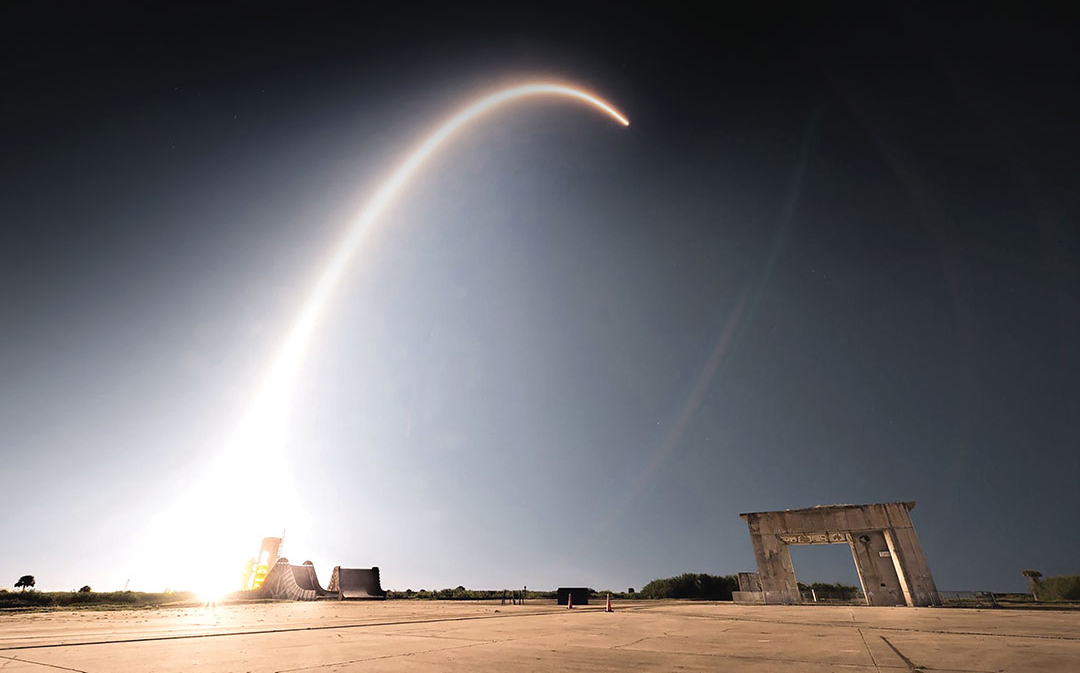 The United States and its allies and partners have established a network during the past 70 years that provides a unique, competitive advantage over common adversaries. Every day, defense partners share intelligence, train together and collaborate to create combined capabilities that far exceed what each country can accomplish alone.

Worldwide interest in space enables the U.S. to broaden and deepen its international partnerships while opening new avenues for collaboration. Access to outer space contributes substantially to life on Earth. Space-enabled technologies provide critical, yet often unrecognized, support for daily activities. Technological advances and lower costs drive society to be more reliant on space-based capabilities, and a loss of access would have far-reaching effects. Position, navigation and timing services, for example, provide critical support to modern infrastructure. Without precise timing, financial institutions could not create time stamps for transactions, hindering the use of ATMs and credit cards. Utility companies would be unable to manage and distribute critical resources. The space environment is evolving rapidly, presenting the U.S. and the international community with key challenges.

Shared concerns over security threats create the foundation for strong alliances and partnerships. Key challenges include orbital debris and the development and deployment of anti-satellite (ASAT) capabilities. The People’s Republic of China (PRC) is a focal point of concern. The PRC officially advocates for the peaceful use of space, but it continues to surreptitiously test and improve its counterspace systems while enacting reforms to better integrate cyberspace and electronic warfare in space into joint military operations.

The PRC has rapidly aligned civil and military activities to expand its presence in space, and its space program has been responsible for uncontrolled descents, dangerous debris-producing ASAT tests and the fielding of a hypersonic glide vehicle capable of long-term orbit and long-range strikes. U.S. Secretary of Defense Lloyd Austin, in his keynote speech at the Reagan National Defense Forum in December 2021, said the PRC is “increasingly focused on integrating its information, cyber and space operations.”

As the world witnessed after the PRC’s ASAT weapon test in 2007, counterspace weapons testing can have disastrous and lasting results. The test created more than 3,000 pieces of orbital debris, and much of that debris cloud is expected to stay in orbit for decades, threatening the International Space Station and other spacecraft. NASA’s Crew-3 mission was forced to maneuver the space station in November 2021 to avoid debris spawned by the PRC’s ASAT weapon test.

The debris, which came from a remnant of a Chinese weather satellite destroyed by a missile, was on a path to enter  a rectangular zone 4 kilometers deep and 48 kilometers wide around the space station, NASA reported.

Before 2007, most space debris was attributed to space launch vehicles. Today, over one-third of debris is caused by events such as the PRC’s 2007 destruction of an orbiting satellite. While Beijing continues to pursue its goal of dominating space, the future of a peaceful and prosperous space domain relies on a global coalition of free nations dedicated to the tenets of responsible space behaviors.

A strong network of allies and partners plays an essential role in maintaining stability, deterring aggression and confronting security threats within the Indo-Pacific region, which is home to 60% of the world’s population. The U.S. continues to build and maintain key relationships with like-minded nations throughout the region. U.S. Space Command (USSPACECOM) nurtures these relationships primarily through Space Domain Awareness (SDA) agreements, exercises and infrastructure sharing.

USSPACECOM maintains over 25 SDA agreements with partners across the globe, including Australia, Japan, New Zealand, South Korea and Thailand. There are tens of thousands of objects in orbit that pose a potential threat to satellites and launches. SDA refers to tracking those objects and predicting their position at a given time. Indo-Pacific countries, including Australia, Japan and South Korea, participate in exercises such as Global Sentinel that highlight the seamless interoperability among participating nations.

USSPACECOM continues to seek opportunities to partner with other Indo-Pacific nations to promote responsible behaviors in space. Allies and partners are critically important, and USSPACECOM continues to strengthen its network in an era of strategic competition. In October 2021, Maj. Gen. DeAnna Burt, commander of the Combined Force Space Component Command, visited South Korea to further strengthen the U.S.-South Korea alliance. South Korea has achieved milestones in its advancement of space, including standing up its first space operations squadron and launching its first dedicated military satellite. “Without international cooperation and partnerships forged by leaders within the enterprise, space would be impossible,” Burt said, according to a U.S. 7th Air Force news release. “Partnerships are imperative for success.”

Winston Churchill, prime minister of the United Kingdom during World War II, famously stated: “There is only one thing worse than fighting with allies, and that is fighting without them.” This quote rings just as true today as in 1945. The shared system of alliances and security partnerships has afforded enormous strategic advantages to the U.S. and other Indo-Pacific nations. Emerging strategic competition has added to the scope and scale of the challenges facing the U.S. and its allies and partners. To deter aggression, there must be a resilient space security posture, and partners must have the ability to detect and attribute hostile acts in space.

This can’t be accomplished without the steadfast support and commitment of allies and partners in the Indo-Pacific and worldwide. Deterrence in space requires credibility and legitimacy of cross-domain responses to aggression — an approach greatly enhanced by alliances. With these unshakable alliances, Indo-Pacific partners will launch a peaceful and prosperous future that expands well beyond the limits of geography.