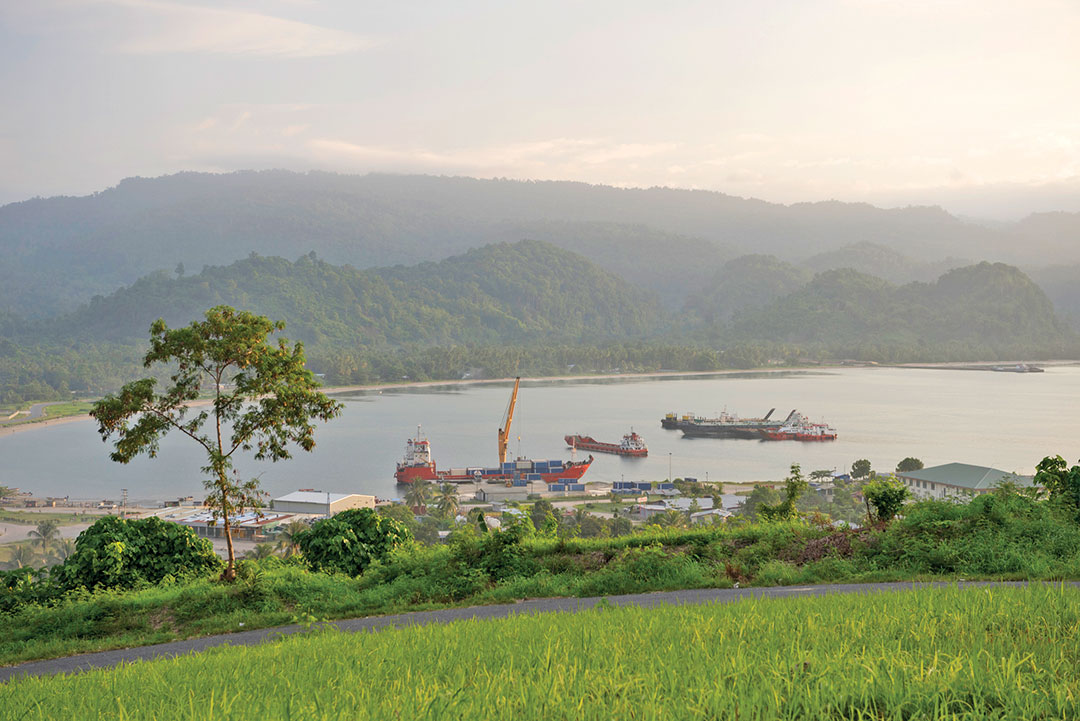 Australia announced in January 2022 that it would provide U.S. $420 million to Pacific neighbor Papua New Guinea to upgrade key ports, amid concern in Washington and Canberra that Beijing’s infrastructure investment in the Pacific islands has a military ambition.

The funding will also go toward urgent repairs on coastal wharves that are up to 70 years old. (Pictured: A container ship docks at a port town in Papua New Guinea.)

A Chinese-funded wharf built on another Pacific island, Vanuatu, sparked Australian media reports in 2018 — denied by Vanuatu and Beijing — that the Chinese Communist Party wants to use the facility for military ships.  Reuters