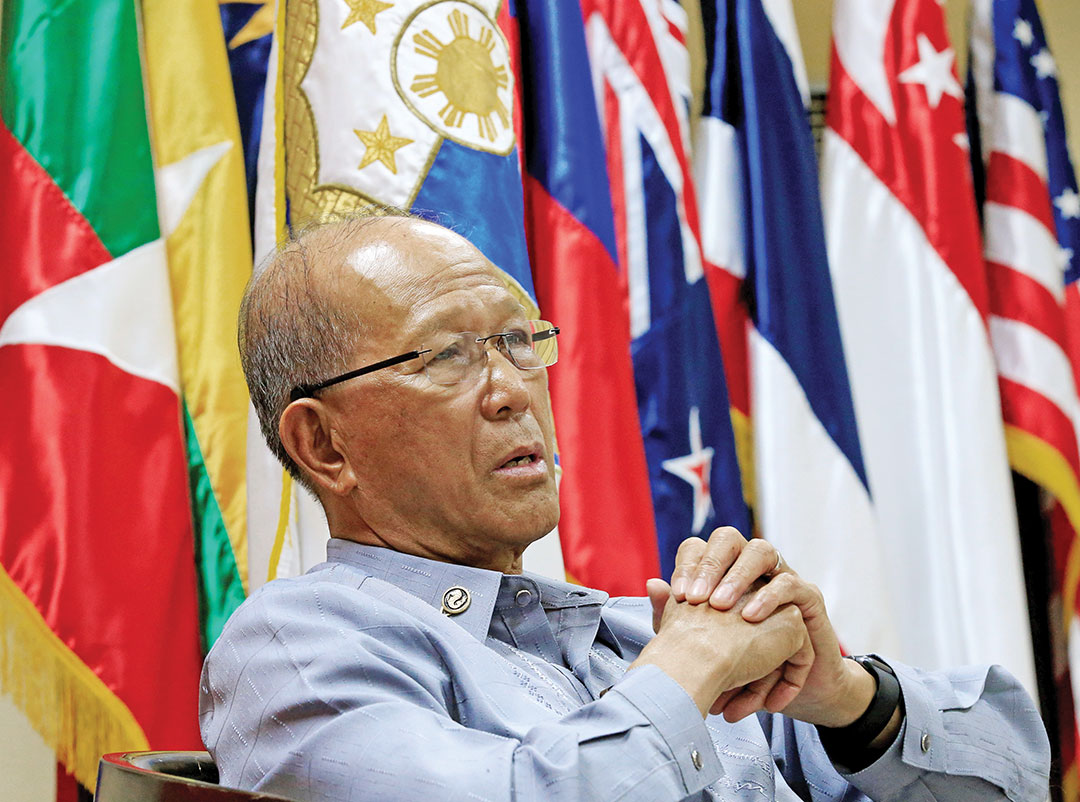 The Philippines is in the late stages of a five-year, U.S. $5.85 billion project to modernize its military hardware, which includes World War II-era warships and helicopters used by the United States in the 1960s. Under the deal with India, Brahmos Aerospace Private Ltd. will deliver equipment, train operators and maintainers, and provide logistics support, then-Philippine National Defense Secretary Delfin Lorenzana, pictured, said in a Facebook post in January 2022.

The Philippines and its allies in 2021 denounced incursions by hundreds of Chinese vessels, described as a maritime militia, into its sovereign territory in the West Philippine Sea.  Reuters