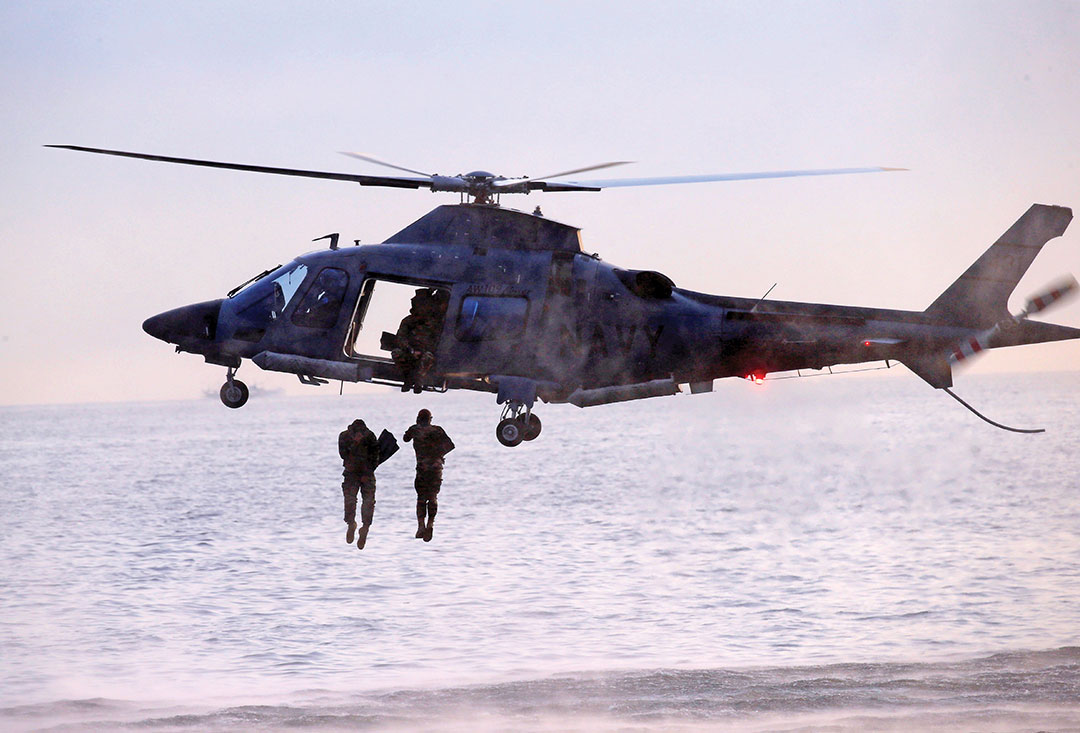 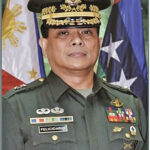 He began his career in the Philippine Army after graduating from the Philippine Military Academy in 1989 and served as a Scout Ranger for more than a decade, later serving as a Scout Ranger Battalion commander from 2010-12. He also commanded two brigades in Mindanao in 2018 and was named acting assistant division commander in 2019 before being reassigned to the National Capital Region as the chief of the AFP Peace and Development Office. Among his many honors and awards, Felicidario earned two Distinguished Service Star Awards, a Bronze Cross Medal and a Meritorious Achievement Medal.

Why did you gravitate toward special operations throughout your career?

It’s exciting to be with special operations. It was especially exciting during my lieutenant days when I was with the Rangers. Besides for the actual service … the Rangers, then as independent companies, are always deployed whenever there’s a heightened conflict. Whenever there is a heightened conflict in Sulu, you get to be deployed there for eight months or so or more. And then when the conflict shifts to another area, you go to that place, whether it’s in Vesavas or in other provinces, so it was exciting for a lieutenant during those days and after as a captain and a major.

And later on, we worked for counterterrorism (CT) operations and the development of special operations (SO) for the Philippine Army.

As the AFP builds out joint and combined capabilities, how will this affect your command?

It will be actually a big change in our way of planning, our progress, our future. I really battled for the command to be renamed as a combatant command, because when the AFP special forces were being stood up, somehow, we were put into the category of the AFP-wide service support unit. I said that would derail much of any progress in development because a service support unit is really different from being a combatant command unit. All your projections for probable capability development and so on would not be made available immediately to you. We are happy that we are now renamed and recognized as a combatant command, special operations command.

The development will surely be focusing on new trends for special operations. We are now talking even with our U.S. counterparts during the Balikatan exercise about exploring the other special operations fields apart from counterterrorism.

We’re talking about the imminent threats to maritime security and how special operations forces will address it, and even using Ukraine as a model for how SOF were able to mobilize the whole country to fight. So those are things that now SOCOM can fully engross itself in to try to conceptually, at first, develop what special operations for AFP will be five, 10 years from now to be able to address future threats or imminent threats to the country both internally and externally.

With Balikatan 2022 focusing on joint training, will you talk to the value of bilateral training in achieving your aspirations to work with allies and partners?

For a long, long time, it’s undoubtedly been a big help. When I was with the training department for the Philippine Army, I was the one in charge of Balikatan for the Philippine Army and for most of the bilateral individual training as well for the IMET [international military education and training] courses. I was the one processing officers and sending them to schooling in the U.S. for the IMET-themed courses at the same time doing unit as well as bilateral training. We were heavily involved as part of the G8 Philippine Army.

As far as the development goes — skill, competency wise — it’s good to be able to do it, although on a training level with other countries that have more advanced experience in those particular fields and compare how your capability
is progressing.

And they say it goes both ways because of the experience that we have while having been in the fight for so many decades already. It’s the marriage of the experience of AFP troops being in constant fighting for our country against the insurgency and counterterrorism, and the technologies and the new capabilities and skills that our bilateral partners like the U.S. bring to us.

That marriage of competency, skill and the actual experience has emerged well into bringing forth the actual development and imparting the skills and the competencies of our Soldiers. And we just hope that somehow, our experience actually works well also with how our U.S. partners’ counterparts are able to perceive bilateral training as a benefit to them also.

Discuss the importance of AFP SOCOM working with U.S. and other countries’ special operators to enhance SOF capabilities in the region.

The value for us is the U.S. is very experienced in special operations. We have our experience as far as our own special operations for counterinsurgency and our own conflicts. But the U.S. has been to many places and has varied SOF experiences. The doctrines for the U.S. and other countries have been well-developed already. That would surely be without saying it’s a benefit for the Filipino SOF forces if we would learn from it. That alone is a big contribution for having bilateral engagements: to have the U.S. speaking to us.

And of course, the knowledge of how the different innovations in technology in warfighting integrate with special operations. And once we see the equipment being brought by the U.S. and how they are able to utilize the equipment for special operations, even our organization program for SOF will have a certain focus. Experience using it together with U.S. counterparts will help us. We also train with the Australian SAS [Special Air Service Regiment] as far as special operations counterterrorism exercises.

Tell us more about your Joint Operations Concept and how exercises, engagements and exchanges help you implement this?

For now, it’s in the infancy stages of its operating concepts as far as the Armed Forces is concerned because we’ve actually stood up our area commands already as the joint operating commands. Operations are usually heavily ground forces with the Air Force just being in a support role and the Navy in a support role. It’s not really coequal.

Please talk to the importance of balancing internal CT requirements with the ability to respond to external threats.

While still in office, [then-President Rodrigo Duterte] declared a full campaign to hopefully end insurgency, so most of the focus is actually on CT and counterinsurgency for now. All our units are busy.

But there is a component of each of the major services that remains focused on external threats, such as maritime warfare. A good portion is already dedicated, and on the conceptual level there are think tanks within the major services and the GSU [General Staff University] already that are trying to see where we will be and how we will tackle external threats after counterinsurgency with the full force.

For balance, it’s heavily on counterinsurgency and CT with dedicated people looking into the external affairs and threats and how we should address them at the conceptual level at least.

When we talk about capability buildup, it’s a way that we are actually acquiring assets that we can use for external defense, but once they arrive, they could also be used for internal threats immediately. So that is a balance of what we are doing with how we are procuring for our organization at the moment.

What are the main challenges for AFP SOCOM?

For now, in its infancy, SOCOM has to be fully capacitated to handle all the SOF challenges that could come our way. But the good thing about it is that all the SOF units of the major services are already fully capacitated in the areas of CT and counterinsurgency. They are fully competent now.

What needs to be capacitated, partly because it’s only in its fourth year, is this command. But as far as the competence of the Soldiers, the officers are there already. We can meet the challenges. It is no problem.

Even if we are too heavy right now in CT, counterinsurgency, we’ll start at least at a conceptual level discussing and capacitating ourselves for trying to think on how we will be addressing external threats as far as SOF operations are concerned. The West Philippine Sea [also known as the South China Sea] will be one of the focuses of special operations of conceptual development. The Western frontier of our seas in Cebu and Tawi-Tawi. All our border areas. And then of course SOF requirements for unconventional warfare. Taking the Ukraine crisis as an example of how SOF are being utilized in capacitating the people to be able to fight, this was actually an area of competence of Philippine Soldiers … when it was guerilla warfare during World War II, for example. We should be able to go back to the competencies again if the need arises. Like it is a need now for Ukraine to fight for its freedoms, Filipinos have experienced that kind of fighting before and we must go back to those competencies.

Where I am focusing now is what is the challenge for five years, 10 years, 20 years … given the challenges for SOF given the insurgency will wind down. My staff is focusing on the SOF requirements to address any threats the country needs to counter in the future and working with the U.S. and other nations for planning and training our forces in areas that include cyberterrorism, use of UAVs [unmanned aerial vehicles] for special operations. I already talked to our artillery to start training with them to ensure they are able to integrate with us. I talked to our armor division already and told them that some portion of armor should be used to operating with SOF in the event we must integrate armor and SOF it will not be a problem. I have also talked to the Airborne Regiment. I already brought the idea that most of our non-SOF units need to be able to integrate with SOF and train together to improve our interoperability of forces.

On a last note, I’d like to thank the U.S. government and the U.S. Armed Forces for their continued support to the Philippines as we move to more robust talks on how we will do the Mutual Defense Treaty if it comes to that and try to prepare as we are preparing now on the side of special operations. We have started talking for maritime SOF, external threat special operations and the like.

It’s a big, big help to us that the U.S. continues to be a friend and a presence here in the Philippines with us.