The United States Air Force deployed four B-1B Lancers to conduct Bomber Task Force (BTF) missions in the Indo-Pacific region with key allies and partners from June 3 to July 4, 2022. The strategic bombers are assigned to the 34th Expeditionary Bomb Squadron (EBS), 28th Bomb Wing at Ellsworth Air Force Base, South Dakota, and flew to Andersen Air Force Base in Guam in support of the BTF missions.

The B-1 bombers executed multiple missions, including adversarial deterrence and aerial integration with the Japan Air Self-Defense Force; and hot pit refueling operations with the Royal Australian Air Force (RAAF) at RAAF Base Darwin, a B-1B Lancer first. (Pictured: A Royal Australian Air Force (RAAF) F/A-18F Super Hornet flies alongside a U.S. Air Force B-1B Lancer Bomber during Exercise Diamond Storm 2022, which was conducted at RAAF bases Darwin and Tindal from May 30 to June 24.) 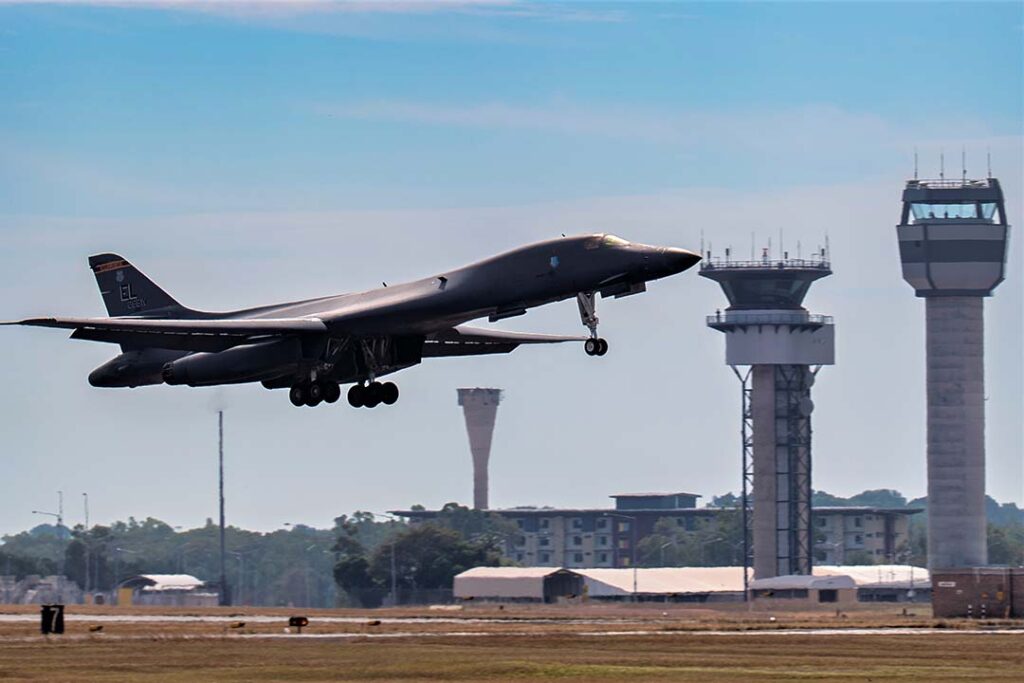 These missions demonstrate the B-1’s ability to execute agile combat employment (ACE) concepts with minimal personnel and from nonstandard locations. “As we practice and become more proficient at ACE, we enhance INDOPACOM’s [U.S. Indo-Pacific Command’s] ability to counter any regional adversaries or threats they pose to the freedom of free nations,” said Lt. Col. Ross Hobbs, commander of 34th EBS.

With a minimal footprint and in accordance with ACE concepts, the unit flew 30 sorties totaling more than 300 hours over 30 days.

The U.S. Strategic Command routinely conducts BTF missions across the globe to demonstrate U.S. commitment to collective defense and to integrate with U.S. geographic combatant command operations and activities. 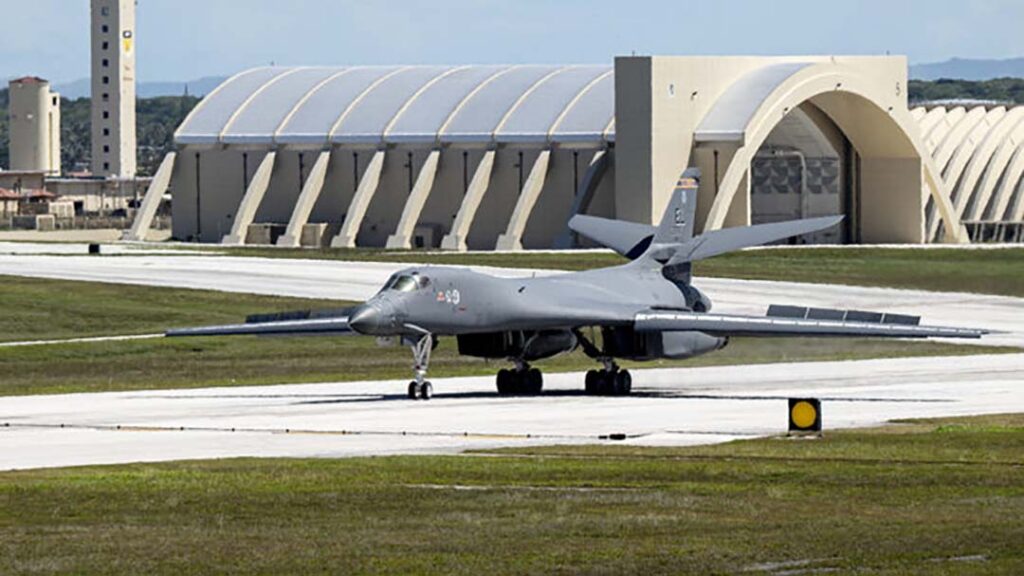 In line with the U.S. National Defense Strategy’s objectives of strategic predictability and operational unpredictability, each BTF mission underscores the U.S. commitment to its allies and partners in the region and demonstrates the B-1’s readiness and capability to operate globally. Deploying to the U.S. territory of Guam, which is about 9,300 kilometers west of California and 2,600 kilometers east of the Philippines, enables bombers to operate forward in the Indo-Pacific from an array of overseas and continental U.S. locations with greater operational resilience and flexibility.

“Our presence here in Guam, and flights throughout the region, serve two strategic purposes,” Hobbs said. “Assurance to our regional allies through consistent presence and multilateral integration, and deterrence of U.S. adversaries that continue to threaten stability of the world’s diplomatic, military and economic spheres of influence.”