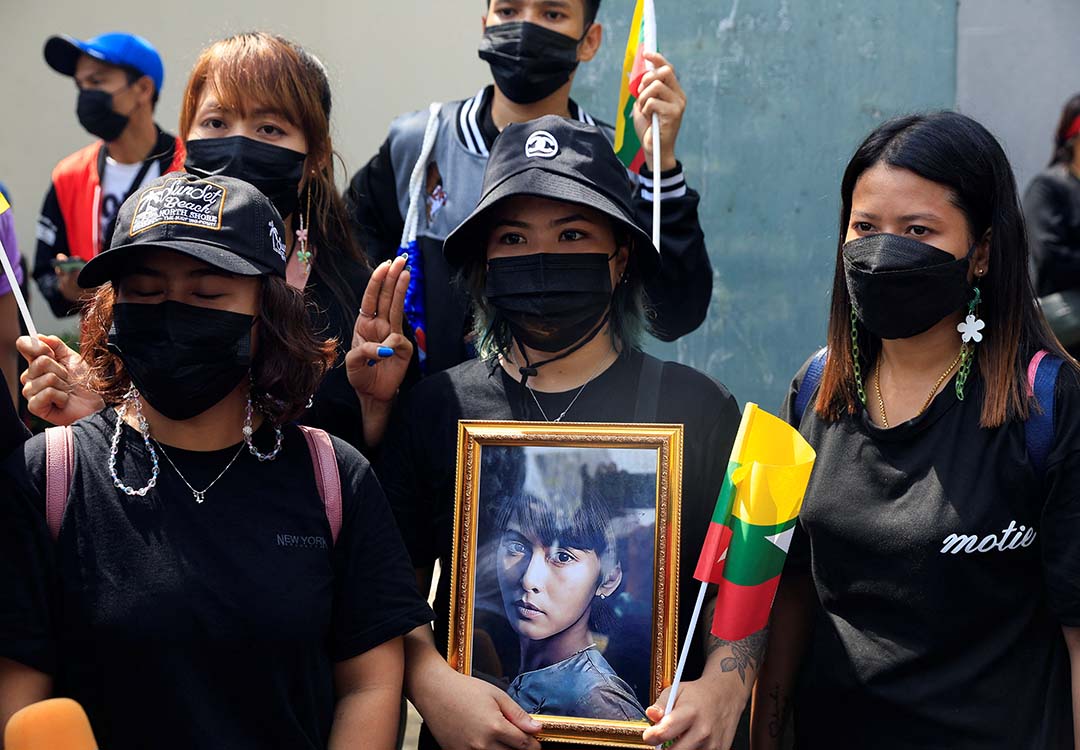 International outrage over the Myanmar junta’s execution of four political prisoners intensified with grassroots protests and strong condemnation, as well as fears the hangings could derail nascent attempts to bring an end to the violence that has beset the Southeast Asian nation since a military coup in February 2021.

Myanmar’s military, which seized power from the government of elected leader Aung San Suu Kyi, has been accused of thousands of extrajudicial killings, but the hangings in late July 2022 were the country’s first official executions in decades.

“We feel that this is a crime against humanity,” Malaysian Foreign Minister Saifuddin Abdullah said at a news conference in Kuala Lumpur with Noeleen Heyzer, the United Nations’ special envoy on Myanmar.

News of the executions prompted a flash-demonstration in Myanmar’s largest city, Yangon, where protesters took to the streets then slipped away before authorities could confront them. Demonstrations were also held elsewhere.

Myanmar is a member of the Association of Southeast Asian Nations (ASEAN), which is trying to implement a five-point consensus it reached on Myanmar in 2021 calling for dialogue, humanitarian assistance, an immediate cessation of violence and a visit by a special envoy to meet all parties.

With the executions, Abdullah said, “we look at it as if the junta is making a mockery of the five-point process.”

Heyzer said that the U.N. sees the executions as a blatant violation of a person’s right to life, liberty and security.

“The dictators used their power arbitrarily,” a young man yelled through a bullhorn to the crowd, some of whom waved pictures of Aung San Suu Kyi and the four executed men. “We can’t tolerate this anymore.”

Among the executed prisoners were Phyo Zeya Thaw, a 41-year-old former lawmaker from Aung San Suu Kyi’s party, and Kyaw Min Yu, a 53-year-old democracy activist better known as Ko Jimmy. All four men were tried, convicted and sentenced by a military tribunal with no possibility of appeal.

However, there were immediate calls worldwide for a moratorium on executions and condemnation for what were broadly seen as politically motivated killings.

Australian Foreign Minister Penny Wong said she was appalled by the executions.

ASEAN denounced the executions as “highly reprehensible” and said they represented a setback to the group’s efforts to facilitate talks between the junta and pro-democracy groups.