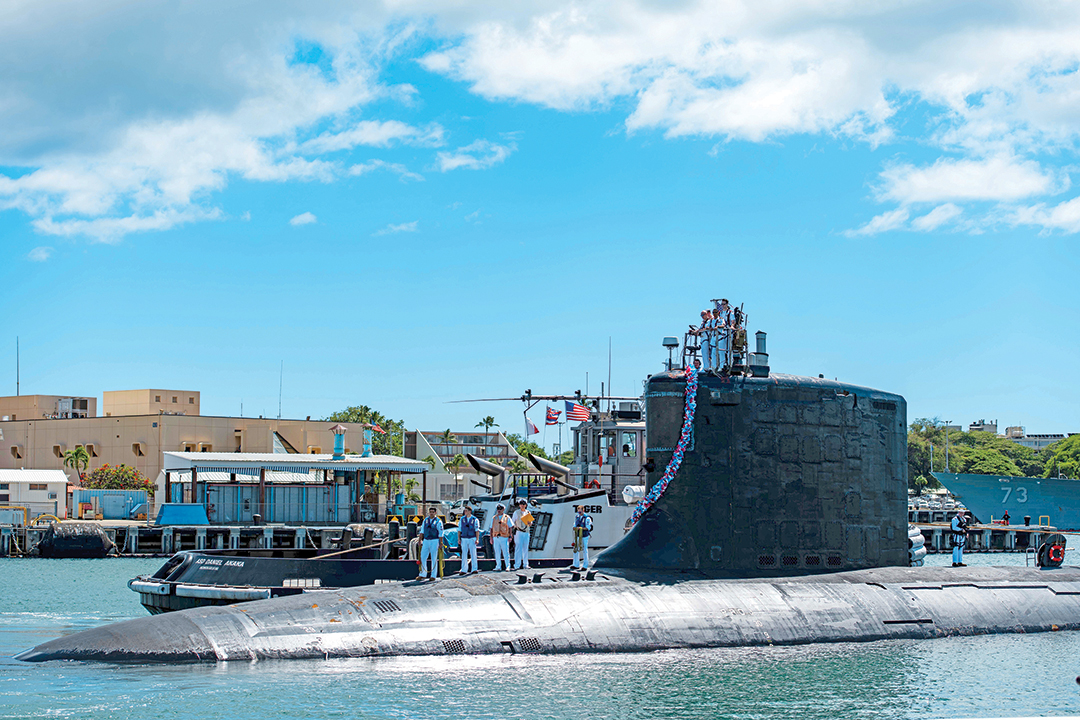 Australia, the United Kingdom and the United States established a security partnership, known as AUKUS, for the Indo-Pacific that will involve helping Australia acquire nuclear-powered submarines, senior U.S. officials said in mid-September 2021, as the People’s Republic of China’s influence in the region grows.

Under the partnership, announced by Australian Prime Minister Scott Morrison, U.K. Prime Minister Boris Johnson and U.S. President Joe Biden, the U.S. will provide Australia with the technology and capability to deploy nuclear-powered submarines, the officials said. They stressed that the move would not involve providing nuclear weapons to Australia.

The officials said the submarines would not be deployed with atomic weaponry but would allow the Royal Australian Navy to operate more quietly, for longer periods, and provide deterrence across the Indo-Pacific. They said the partnership, which will also involve cooperation in areas including artificial intelligence, quantum technology and cyber, was “not aimed at any one country.”

“This partnership will become increasingly vital for defending our interests in the Indo-Pacific region and, by extension, protecting our people back at home,” Johnson said in a statement.  Reuters