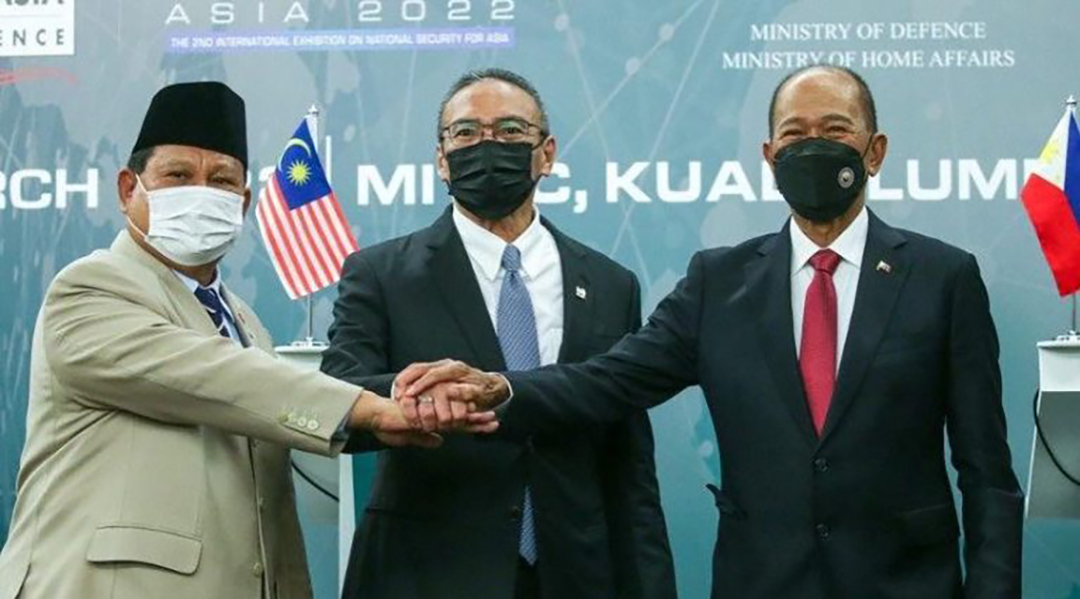 The launch about five years ago of maritime patrols in the Sulu and Celebes seas involving the armed forces of Indonesia, Malaysia and the Philippines have corresponded with a sharp drop in piracy and terrorism, officials and analysts said. The three nations plan to enhance the patrols with improved surveillance, intelligence and communication to boost security and economic stability.

The INDOMALPHI patrols, a moniker that combines the names of the partner nations, began in 2017 as a result of the Trilateral Cooperative Arrangement (TCA) signed a year earlier by the three governments. Security challenges are “especially daunting” in the seas, where the three nations’ maritime borders converge in an area “with a complex political history and a long legacy of illicit maritime activity,” according to Stable Seas, a nonprofit research initiative.

“The main objective is to enhance security in the Sulu and Sulawesi [Celebes] seas,” Indonesian Army Col. Kurniawan Firmizi, a senior official at the Indonesian Defense Ministry, told FORUM. “A high level of protection with all parties can be beneficial. It can increase the economy, facilitate traffic flows between countries adjacent to the Sulu Sea area, and improve border security and international cooperation. The goal is to secure the Sulu Sea and maritime border waters for all three countries.”

Since their launch, the INDOMALPHI patrols have deterred and defended against attacks on vessels at sea by pirates and violent extremist organizations such as the Abu Sayyaf Group, Kurniawan said. According to Indonesia’s Defense Ministry, known as Kemhan, there were no reports of piracy for ransom in the patrolled waters in 2021. As recently as 2017, there were 99 reports of piracy and armed robbery in the area, according to the Regional Cooperation Agreement on Combating Piracy and Armed Robbery against Ships in Asia.

“There has been an increase in surveillance technology, including drones and satellite systems,” Kurniawan said.

The INDOMALPHI patrols demonstrate the expansive benefits of multilateralism, Connie Rahakundini Bakrie, a defense analyst and the author of “Defending Indonesia,” told FORUM.

“These countries will undoubtedly increase their cooperation with other regions, such as Europe, by securing their maritime areas,” she said. “The reason is that trading traffic will be smoother since it is safe, so the risk-cost will be lower.”