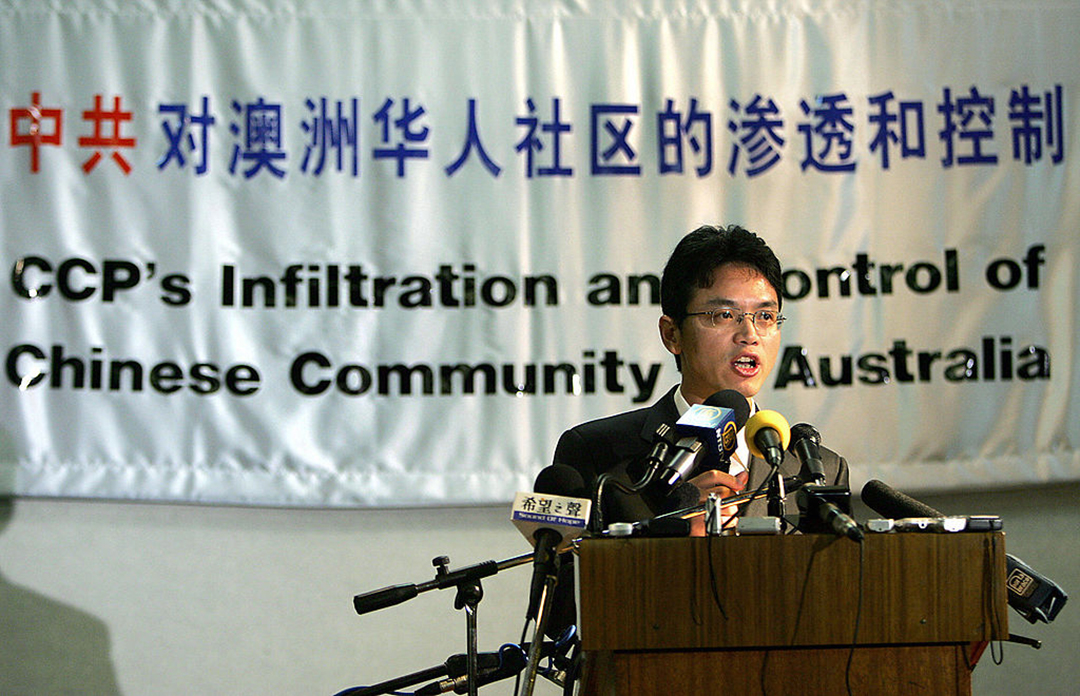 Incidents defined by the People’s Republic of China (PRC) as internal or matters of domestic interest are negatively affecting other countries and disrupting communities.

From Australia to Canada to Taiwan and the United States, actions that the PRC claims affect only its citizens and its international assets have prompted arrests, sanctions and investigations into Chinese Communist Party (CCP) attempts to extend its influence abroad.

Take, for example, David Chou, a U.S. citizen who grew up in Taiwan and is the accused gunman who killed one person and wounded five others inside a California church of mostly elderly Taiwan parishioners in May 2022. Chou has close ties to a group opposed to Taiwan independence with links to the CCP’s United Front Work Department (UFWD) — an entity that funds and supports overseas organizations to spread propaganda and coerces and bullies those who would oppose Beijing’s policies, according to the U.S. State Department.

“The United Front frequently intimidates members of academia, businesses, civil society groups, and Chinese diaspora communities, including members of ethnic and religious minority communities who speak out against horrific human rights abuses taking place in Xinjiang, Tibet, and elsewhere in China. Its coercive tactics target individuals viewed as working against CCP interests,” the U.S. State Department said in a December 2020 news release. “These malign activities are intended to co-opt and coerce sub-national leaders, overseas Chinese communities, academia and other civil society groups both in the United States and other countries in furtherance of the CCP’s authoritarian narratives and policy preferences.”

Prosecutors said Chou acted out of political hatred and wanted to “execute in cold blood as many people in that room as possible,” according to The Associated Press (AP).

“While there’s very strong evidence right now that this was motivated by hate, we want to make sure we have put together all the evidence that confirms that theory in the case,” Orange County District Attorney Todd Spitzer said, adding that Chou could face life in prison or the death penalty if convicted of the enhanced penalty of “lying in wait” to carry out a hate crime.

Chou wasn’t the only individual with alleged CCP ties charged with a crime by U.S. authorities in recent weeks. The U.S. Justice Department announced in May that it had charged a U.S. citizen and four Chinese intelligence officers with spying on Chinese dissidents, human rights leaders and pro-democracy activists living in the United States. Court documents charged Wang Shujun, of Queens, New York; Feng He, also known as Boss He, of Guangdong; Jie Ji, of Qingdao; Ming Li, also known as Elder Tang and Little Li, of Guangdong; and Keqing Lu, also known as Boss Lu, of Qingdao, with allegedly participating in an espionage and transnational repression scheme in the U.S. and abroad.

“As alleged, Wang acted as a covert intelligence asset in his own community, spying on and reporting sensitive information on prominent, pro-democracy activists and organizations to his co-defendants, who are members of the Chinese government’s Ministry of State Security,” said Breon Peace, U.S. attorney for the Eastern District of New York, according to a Justice Department news release. “Today’s indictment exposes and disrupts an operation by the PRC that threatens the safety and freedom of Chinese nationals residing in the United States on account of their pro-democracy beliefs and speech.”

If there was any doubt about the seriousness of the Chinese government’s efforts to silence critics, “this case should eliminate any uncertainty,” Acting Executive Assistant Director Alan E. Kohler Jr. of the FBI’s National Security Branch said, according to the Justice Department.

“The Chinese government’s aggressive tactics were once confined to its borders,” Kohler said. “Now, the PRC is targeting people in the United States and around the world.”

Similar to the U.S., Canada has found itself increasingly responding to Chinese entities and individuals acting with ill intent on behalf of the CCP.

“Dissidents are not safe. Not at work, not in their own homes, not in civil societies and not in Canada,” Cherie Wong, executive director of Alliance Canada Hong Kong (ACHK), a national campaign based in Canada that lobbies for political action to support Hong Kong’s pro-democracy movement, testified before a special committee on Canada-China relations in Canada’s Parliament. “Threats, censorship and intimidation will continue as long as companies, nonprofits, academia, politicians, media and other institutions with vested interests are fearful of angering Beijing to do their bidding. Beijing is effectively exporting their authoritarianism overseas.”

Wong said she has been a victim of CCP intimidation because of her work.

Elsewhere in Canada, the Chinese Students and Scholars Association at McMaster University in Hamilton, Ontario, disrupted a talk on Beijing’s human rights abuses, according to The Epoch Times newspaper. Rukiye Turdush, research director at the Uyghur Research Institute, who spoke at the event, later identified the disrupters as Chinese students and obtained screenshots of their WeChat conversations showing that they were taking orders from the Chinese consulate in Canada, according to The Epoch Times.

While the PRC attempts to extend its influence, “perhaps no country has been as roiled politically by China’s growing influence and political ambitions as Australia has over the past several years,” according to the Center for Strategic and International Studies (CSIS).

Australia has a large community of ethnic Chinese-Australian citizens, making them a target of the UFWD, according to CSIS.

“It is in these Chinese-Australian communities where the CCP and UFWD have worked for decades to cultivate close ties with Beijing,” according to CSIS. “They have done so by co-opting Chinese community organizations and providing supportive networks for people sympathetic to Beijing to rise in local prominence while also filtering out negative media coverage in Chinese-language press and drowning out critics.”

Australian officials have said that the PRC uses unofficial channels to influence public debate and manipulate the political system. The PRC makes monetary contributions to politicians in exchange for a pro-China stance on issues, threatens to mobilize Chinese-Australian voters to punish political parties who do not support Beijing’s agenda and plants pro-China stories in local media, as well as “a variety of efforts to drown out or silence critics,” according to CSIS. (Pictured: Former Chinese diplomat Chen Yonglin speaks in Sydney, Australia, where he was granted asylum. Chen abandoned his post at the Chinese consulate in Sydney and accused Beijing of having more than 1,000 spies in the country.)

“These efforts are designed to remain hidden from public view,” CSIS said, “often arranged indirectly through proxies, in order to create a layer of plausible deniability that makes it more difficult to nail down precisely the degree of interference and the scope of the problem.”

If the UFWD is a “magic weapon” as described by CCP General Secretary Xi Jinping, then transparency and the rule of law are weapons for democracies to counter PRC tactics, CSIS concluded.

“Shining light on the shadowy web of inducements, threats, co-optation, and self-censorship that actuates Chinese influence is a first step, and a very important one,” according to CSIS. “Democratic governments may also need to strengthen laws, while democratic societies need to strengthen norms that reduce the scope for bribery, corruption and co-optation.”