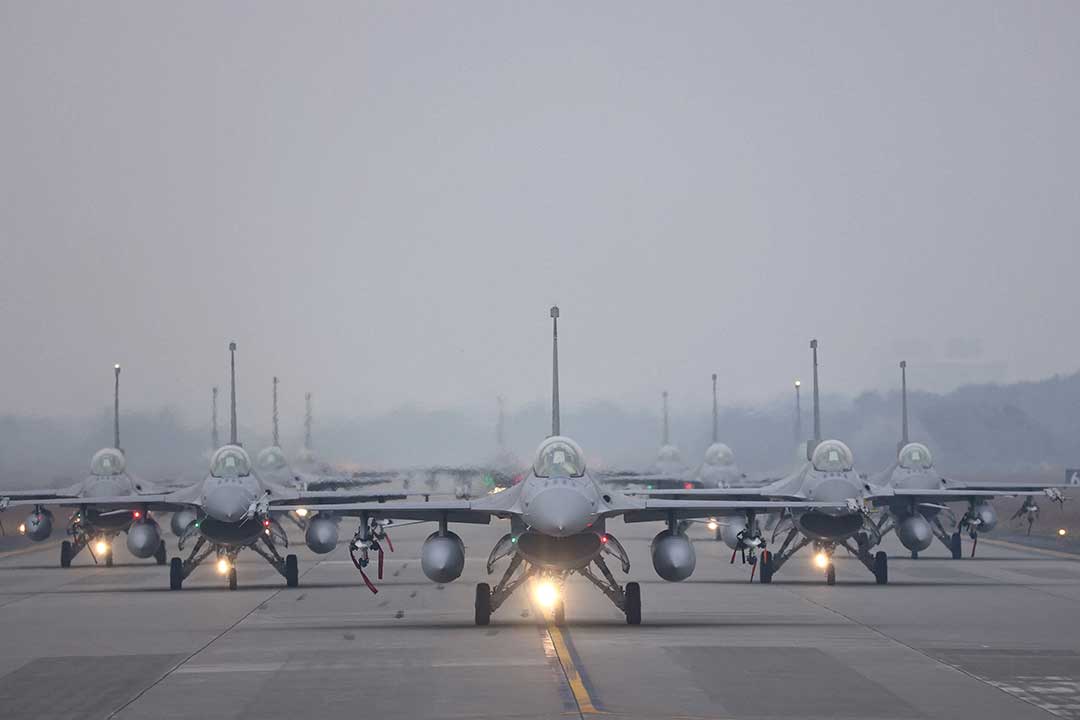 Taiwan is developing missiles that can attack enemy air bases and bring down cruise missiles, as well as drones that can target enemy firing locations, according to a report by the military-owned institute making the weapons.

Taiwan in 2021 approved  U.S. $8.2 billion in extra military spending over the next five years as tensions with the People’s Republic of China (PRC), which claims the self-governed island as its own territory and has not renounced the use of force to achieve its goal, have hit a new high and Chinese military planes have repeatedly entered Taiwan’s air defense identification zone. (Pictured: Taiwan Armed Forces F-16V fighter jets participate in a military drill in in Chiayi in January 2022.)

Taiwan plans to more than double its yearly missile production capacity to nearly 500 in 2022 as it boosts its combat power, the island’s Defense Ministry said in March 2022.

In a late April 2022 report to Taiwan’s parliament, the military-owned National Chung-Shan Institute of Science and Technology provided more details on the capabilities of the missiles and drones being developed.

The Hsiung Sheng land-attack missile, which experts say could have a range of up to 1,000 kilometers, comes in two versions: one with a high-explosive warhead to hit bunkers and hardened command centers; and one with “dispersal” munitions to disable airfield facilities..

Chieh Chung, a researcher at the Taipei-based National Policy Foundation, said the Hsiung Sheng could reach most bases under the People’s Liberation Army’s Eastern Theater Command, including those near Shanghai and Zhejiang province.

“It could greatly boost the national Army’s capacity to delay or paralyze the communist forces’ pace of an invasion of Taiwan, making it hard for them to achieve a rapid war,” he said.

The advanced Sky Bow III surface-to-air missile, meanwhile, is designed to take down ballistic and cruise missiles, as well as fighter jets.

Taiwan’s plans predate Russia’s invasion of Ukraine in February 2022, but the war has prompted conversations about the lessons Taiwan could apply to fighting off a Chinese attack, including how Ukraine has resisted a bigger force.

Although Taiwan is acquiring weapons such as Harpoon anti-ship missiles from the United States, its domestic missile program would help ensure the island need not rely on foreign suppliers, as Ukraine has, according to a Taiwan-based security source.

“It’s a hedging strategy,” the source said, speaking on condition of anonymity.

The Chung-Shan Institute said that drones, which Ukraine has used to great effect against Russia’s military, could be used to attack enemy missile launch sites or as decoys to pinpoint enemy radars.

Four facilities, including bases and repair plants, would be built by 2025 for the new drones, it said.

The Defense Ministry previously announced plans to start manufacturing unspecified attack drones, with an annual production target of 48 unmanned aircraft. Also, Taiwan’s first batch of U.S.-made MQ-9 Reaper drones, which can be armed with missiles and operate at long range, will enter service by 2025, the ministry said in March 2022.

About 64% of Taiwan’s extra military budget, which came on top of planned spending of U.S. $15.7 billion for 2022, will pay for anti-ship weapons such as land-based missile systems, including a U.S. $5 billion plan to domestically manufacture missiles and “high-performance” ships.

Taiwan President Tsai Ing-wen has made military modernization a top priority, pushing for projects including a new class of stealthy warships and domestically manufactured submarines.

In the face of the PRC’s much larger military, Tsai has championed “asymmetric warfare” — developing high-tech, mobile weapons that are difficult to destroy and deliver precision attacks.