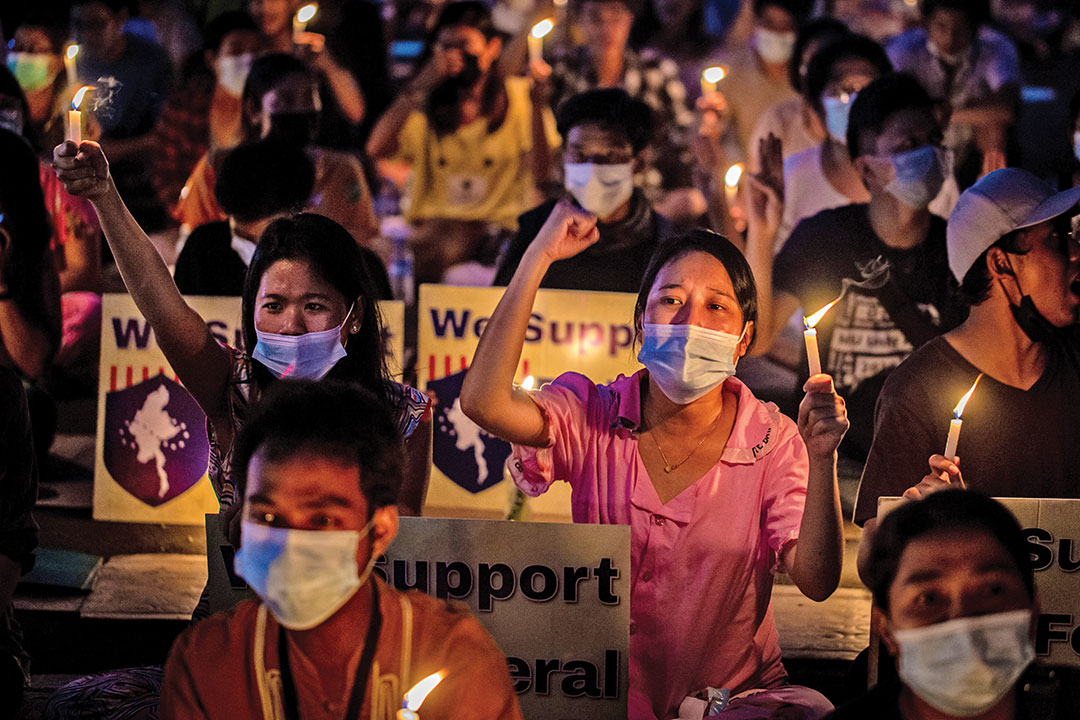 The United Kingdom and the United States imposed sanctions on conglomerates controlled by Myanmar’s (Burma’s) military following its February 2021 coup and deadly crackdown, with Washington calling it a response to “abhorrent violence and abuses.”

The sanctions against the entities, which control big sections of Myanmar’s economy, were the most significant penalties levied to date against the military’s business interests, which range from beer and cigarettes to telecommunications, mining and
real estate.

Shortly after the March 2021 announcement, the U.S. Department of State condemned Myanmar authorities’ use of lethal force against demonstrators, which had left hundreds of civilians dead. (Pictured: Myanmar civilians protest the military coup during a candlelight vigil in April 2021 in Yangon.)

“These abhorrent and brutal acts against children, one as young as 7 years old who was shot and killed in her home while sitting on her father’s lap, further demonstrate the horrific nature of the Burmese [Myanmar] military regime’s assault on its own people,” State Department spokesman Ned Price said.

Washington’s move freezes any assets held by the entities in the U.S. and was the latest in a series of sanctions targeting Myanmar’s central bank and top generals. It also prohibits U.S. companies or citizens from trading or conducting financial transactions with the Myanmar firms.  Reuters