Amid rising concern in the Indo-Pacific region over North Korea’s nuclear and ballistic missile programs and the People’s Republic of China’s (PRC’s) expanding nuclear arsenal, the United States recently tested two legs of its nuclear triad in demonstrations that underscored the viability and readiness of the nation’s strategic deterrence.

The DASO certification launch off Florida’s east coast came just days after the North Korean regime tested a new long-range cruise missile and a missile capable of carrying an atomic warhead. The PRC, meanwhile, has almost tripled its nuclear weapons stockpile since 2007, although its estimated 350 warheads represent only about 6% of the nuclear arsenals of the U.S. or Russia, according to the Stockholm International Peace Research Institute.

“The DASO test, and others like these, underscore our readiness and capability for 21st century strategic deterrence,” said Rear Adm. Thomas E. Ishee, U.S. Strategic Command director of global operations.

“This same team is now developing the next generation of the Trident Strategic Weapon System, which will extend our sea-based strategic deterrent through 2084,” added Vice Adm. Johnny R. Wolfe, director of the U.S. Navy’s Strategic Systems Programs. 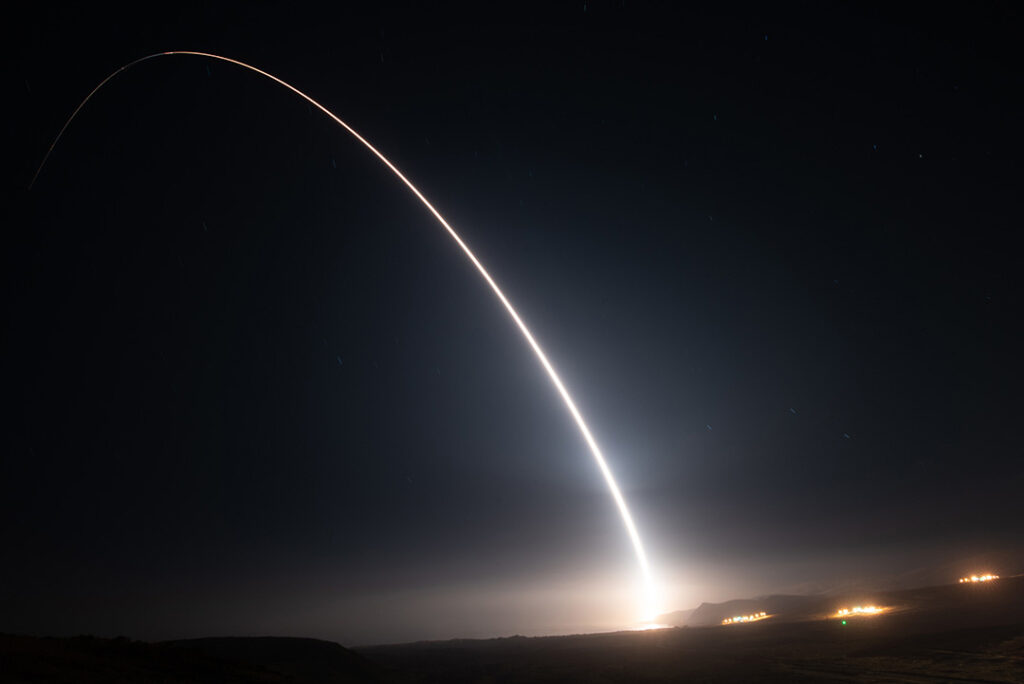 “The U.S. nuclear enterprise is the cornerstone of the security structure of the free world,” said U.S. Air Force Col. Omar Colbert, 576th Flight Test Squadron commander. “Today’s test launch is just one example of how our nation’s ICBM fleet demonstrates operational readiness and reliability of the weapon system. It also allows us to showcase the amazing level of competence and capability of our Airmen.”

In addition to SLBMs and ground-based ICBMs, the U.S. nuclear triad includes long-range bombers. The nuclear weapon systems are designed to ensure and safeguard the nation’s ability to retaliate against any nuclear strike.

The DASO and Glory Trip missile tests validate the systems’ credibility and effectiveness, which is essential to the security of the U.S. and its allies. Deterrence remains a cornerstone of U.S. national security policy and is based on shared understanding between competitors that each has a ready and reliable ability to respond in-kind to a nuclear attack.

Maintaining the future capabilities of U.S. forces is a key factor in the nation’s strategic deterrence. To that end, the U.S. is developing the Ground-Based Strategic Deterrent missile and a follow-on ballistic missile for the U.S. Navy’s Columbia-class and the United Kingdom Royal Navy’s Dreadnought-class submarines.