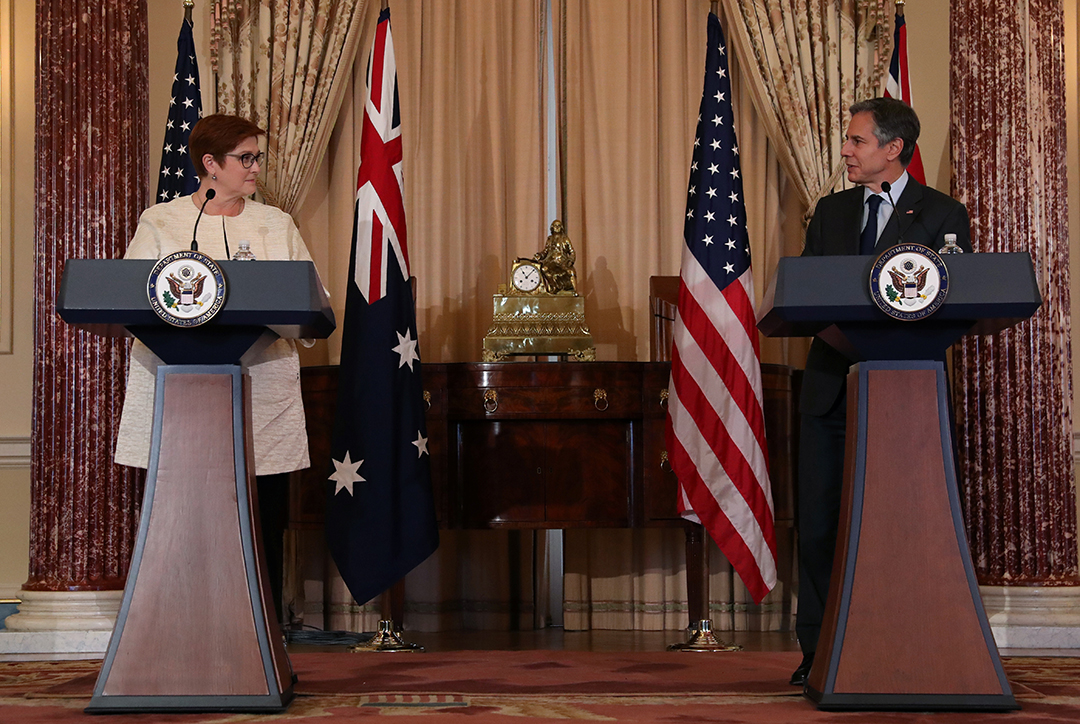 U.S. Secretary of State Antony Blinken said the United States would not leave Australia alone in the face of economic coercion from the People’s Republic of China (PRC) and that such behavior toward U.S. allies would hamper improvement in U.S.-Sino relations.

Washington has repeatedly criticized what it says are Beijing’s attempts to bully neighbors with competing interests, and U.S. President Joe Biden has sought to bolster ties with allies in the Indo-Pacific to counter China’s growing power.

“And we’ve made clear to the PRC how such actions targeting our closest partners and allies will hinder improvements in our own relationship with China,” Blinken said in mid-May 2021 at a news briefing with visiting Australian Foreign Minister Marise Payne. (Pictured: U.S. Secretary of State Antony Blinken, right, and Australian Foreign Minister Marise Payne speak with reporters at the U.S. State Department in Washington, D.C., in May 2021.)

China has imposed trade sanctions on Australian exports ranging from wine to coal as tensions between the countries have worsened in recent years, and Beijing in May 2021 suspended all activity under a bilateral economic dialogue with Australia.

Australia was one of the first countries to publicly ban Chinese tech giant Huawei from its 5G network over security concerns, and it angered Beijing in 2020 with its calls for an independent investigation into the origins of the COVID-19 pandemic.

Payne said Australia had been clear that it wanted constructive ties with China. “But we won’t compromise on our national security or our sovereignty, and we’ll continue to act to protect that,” she said.