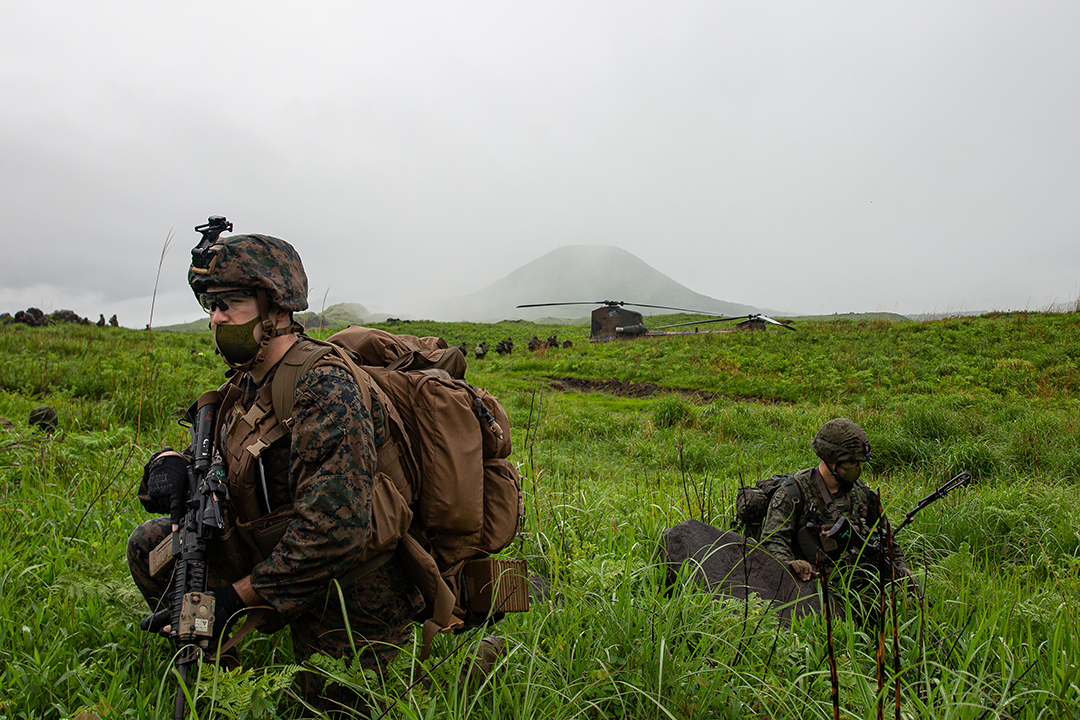 Defending the policy of a Free and Open Indo-Pacific (FOIP) took on a European flavor in mid-May 2021 as France deployed a combined force to join Australian, Japanese and United States troops for ground and maritime drills in Japan.

Exercise Jeanne D’Arc 21, or ARC-21, was the first large-scale exercise with a ground component in Japan involving the Armed Forces of the four countries, according to The Japan Times newspaper. The multilateral exercise was part of Tokyo’s effort to enhance defense cooperation to confront China’s rising aggressiveness in the East and South China seas.

France has a permanent military presence in the Indo-Pacific, Japanese Defense Minister Nobuo Kishi told reporters May 11, 2021, referring to the 2,300 French personnel and various assets deployed to French Polynesia and New Caledonia. Kishi called France a “comrade country that shares the vision of Free and Open Indo-Pacific with Japan.”

The exercise kicked off at Camp Ainoura, Sasebo, home of Japan’s Amphibious Rapid Deployment Brigade, where French Foreign Legion and Foreign Engineers personnel assembled with their counterparts from the U.S. Marine Corps and Japan Ground Self-Defense Force (JGSDF), according to the French Ministry of Defense. The units spent two days sharing knowledge to enhance interoperability for the joint operations.

The maritime component of ARC-21 began May 14, bringing together nine ships from the French Navy, the Japan Maritime Self-Defense Force, the Royal Australian Navy and the U.S. Navy. The Sailors trained for two days in anti-air, anti-surface and anti-submarine warfare, among other areas. A Japanese Soryu-class submarine participated in the drills, as did various aircraft, including a U.S. P-8 Poseidon maritime patrol aircraft and a Japanese F-2 fighter.

On May 15, ground force units simulated urban combat at the Kirishima Training Ground in Japan’s Kyushu region. French, Japanese and U.S. units attacked positions held by JGSDF units, then the roles were reversed. (Pictured: Japanese Soldiers and United States Marines post security during a simulated assault at the Kirishima Training Ground, Japan, as part of exercise Jeanne D’Arc 21 in May 2021.)

The culminating event was a multilateral ship-to-shore amphibious air assault, according to U.S. Indo-Pacific Command. ARC-21 was “yet another demonstration of our rapidly growing constellation of partners, all united by the common goal of a Free and Open Indo-Pacific,” U.S. Marine Corps Lt. Col. Jeremy Nelson said.

Nishi said that European countries have a “high interest” in the Indo-Pacific and that their presence in the region contributes to peace and stability.

“It is very significant to take this opportunity to further evolve cooperation with the United States, Australia and other countries that share this Free and Open Indo-Pacific vision, in addition to France,” he said. “Other European countries will continue to dispatch ships. We would like to share this FOIP vision with such countries and promote deepening cooperation.”