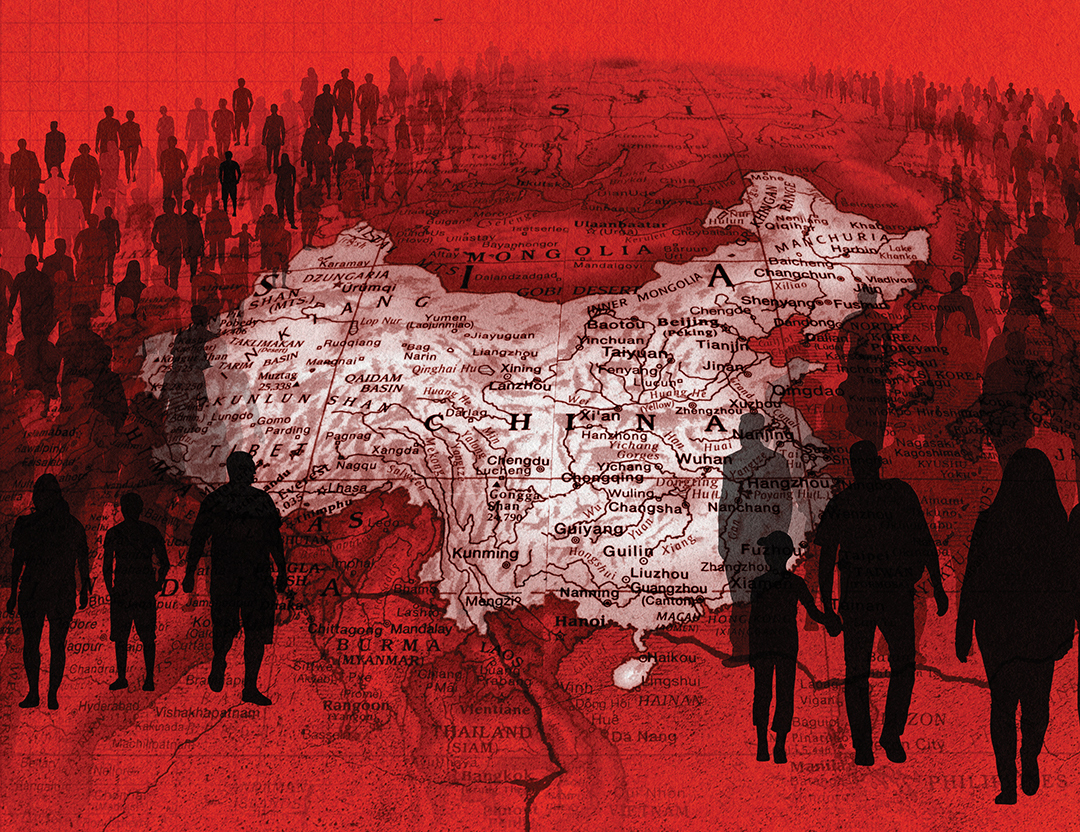 Concern about China’s growing international influence has deepened in recent years. Part of this concern involves China’s ability to mobilize the Chinese diaspora outside of the People’s Republic of China (PRC). The Chinese Communist Party (CCP) seeks to extend its authoritarian rule to the Chinese diaspora abroad as a way to gain support for its policies and reduce the influence of its opponents. A crucial aspect is the question of whom the Chinese party-state regards as Chinese and thus a legitimate target for its influence operations. Those members of the diaspora whom the party considers reliable are sometimes used to influence politics in the country of their residence in favor of CCP interests. Opponents, in contrast, risk being threatened or in worst cases abducted. China’s extraterritorial activities have various security consequences including Chinese state influence in domestic politics of foreign states, security threats against foreign citizens of Chinese descent and an undermining of principles of nationality in international law.

The Chinese diaspora is diverse and includes citizens of the PRC abroad as well as foreign nationals with Chinese heritage. The CCP regards the diaspora as important for China’s development and the so-called great rejuvenation of the Chinese nation launched under General Secretary Xi Jinping’s leadership. Xi’s ambition is for China to take the center stage in global politics.

The CCP’s efforts to mobilize overseas Chinese in support of its policies as well as to pressure and threaten those who oppose it have led to public condemnations from foreign governments. Needless to say, not all members of the Chinese diaspora appreciate Beijing’s efforts to include them in the CCP-led rejuvenation project.

The CCP’s efforts to influence and control the Chinese diaspora abroad constitute extraterritorial activities that in some cases violate international law. Examples include the abduction of Swedish national Gui Minhai in Thailand and of Gui’s colleague, British citizen Lee Bo, in Hong Kong, as well as threats against exiled ethnic Uighurs and Tibetans. In order to understand Chinese foreign policy ambitions and extraterritorial activities, it is important to investigate the underlying views of the CCP leadership on the Chinese diaspora.

China does not recognize dual nationality. Consequently, Chinese who acquire foreign citizenship are no longer considered Chinese citizens by the PRC. However, the Chinese leadership uses ethnic and racial references when talking about the Chinese people and continually emphasizes the importance of bloodline and heritage. According to this view, all foreign nationals with Chinese heritage, regardless of how many generations ago their families left China, can potentially be included in the CCP’s idea of the Chinese nation. At the seventh Conference of Friendship of Overseas Chinese Associations in 2014, Xi Jinping said, “There are tens of millions of overseas Chinese in the world, and everyone is a member of the Chinese family. For a long time, generation after generation of overseas Chinese have upheld the great traditions of the Chinese nation and have not forgotten the motherland, their ancestral hometown, or the blood of the Chinese nation flowing in their bodies.”

This perspective obscures the distinction between Chinese nationals abroad (huaqiao) and foreign nationals of Chinese heritage (huaren) specified under PRC law. The CCP expects overseas Chinese to be patriotic and loyal to what it considers to be their ancestral homeland.

The CCP, like other authoritarian regimes, allows little space for opposition to the party, which means clamping down on views across a spectrum of issues that run counter to the official line. This intolerance also extends to dissent from the Chinese diaspora around the world, a large part of which may not support the CCP. From Beijing’s perspective, support for China equals support for the party and vice versa. While the combination of ethnic nationalism and an authoritarian system is not unique to China, its global influence, the size of the global Chinese diaspora, and the level of organization of the CCP’s propaganda apparatus toward overseas Chinese make the China case unique.

Under Xi’s reign, China has moved toward a more assertive foreign policy. The Chinese diaspora has been declared an important part of the process of rejuvenating the Chinese nation. The overseas Chinese affairs work, led by the United Front Work Department (UFWD), has intensified its efforts to mobilize the Chinese diaspora, regardless of citizenship, for the CCP’s cause.

Those members of the diaspora who the party considers to be reliable are sometimes used to influence the politics of their country of residence in the direction of China’s national interests. Chinese actors with different degrees of involvement with the CCP have been active in influencing politics in Western democracies such as Australia. In Malaysia, where the Chinese diaspora constitutes a substantial part of the population, Chinese ambassadors have on several occasions been criticized for interfering in internal Malaysian affairs through their statements in support of the Chinese community. In the 2018 general elections, the Chinese ambassador publicly supported the candidacy of the president of the Malaysian Chinese Association.

In contrast, members of the Chinese diaspora that the party perceives as its opponents risk being threatened. The case of Swedish citizen Gui Minhai is an example of a form of extraterritorial act by the Chinese state in clear violation of international law. Gui, who owned a company in Hong Kong that published books critical of Chinese political leaders, was abducted in Thailand in 2015 and appeared three months later in a forced confession on Chinese state television. In February 2020, a Chinese court sentenced Gui to 10 years in prison for “illegally providing intelligence” to foreign governments. Before the sentence, the Chinese authorities claimed that his Chinese citizenship had been restored. According to Chinese law, he is no longer a Swedish citizen. Similarly, since 2016, China has successfully requested the extradition of Taiwan citizens suspected of fraud in countries such as Kenya, Cambodia and Spain. The extraditions constitute a break from previous practice of allowing Taiwan people who had been found guilty of crimes overseas to be extradited to Taiwan. This practice has sparked strong condemnation from the Taiwan government, who see them as extrajudicial abductions.

The extraterritorial activities directed at the Chinese diaspora may have various security consequences. First, the CCP can influence domestic politics and policymakers in other countries through influencing overseas the Chinese diaspora. Some overseas Chinese are themselves policymakers, while others have gained influence over important policymakers. In the event that the CCP’s interest contradicts the national interest of the host country, such policymakers may undermine the country’s national security.

Second, because the CCP is specifically targeting the Chinese diaspora for its influence operations, states cannot guarantee that citizens of Chinese descent are secure from being subject to coercive acts by the CCP such as surveillance and threats. These individuals cannot trust that their citizenship will give them the same protection as other citizens of the same state enjoy. The CCP has shown that it has the capacity and will to punish foreign citizens of Chinese heritage far beyond its territorial borders.

Third, people of Chinese descent can fall prey to anti-Chinese sentiments in society. The CCP’s policy of influencing overseas Chinese risks exacerbating suspicion against them in their host countries, regardless of whether they support the CCP or not. Anti-Chinese sentiments and racism constitute a security threat toward members of the Chinese diaspora and have negative social consequences. Recent history, especially in Southeast Asia, shows that this can turn into deadly violence.

Fifth, the abduction by Chinese police of British citizen and bookseller Lee Bo in Hong Kong in December 2015 and the extradition of Taiwan citizens from third countries show Beijing’s lack of respect for the judicial independence of Hong Kong and Taiwan. Such activities are manifestations of the party’s aim to increase its control over these territories.

It is important that the international community refuses to accept the CCP narrative of the party as the representative of all Chinese people. On the contrary, states should make clear that the CCP’s efforts to use and pressure the Chinese diaspora leads to rising distrust of Beijing.

Careful examination and mapping of the CCP’s relationship with the Chinese diaspora, including the UFWD’s activities abroad, are important. When such mapping is done, special attention should be given to avoiding exacerbating suspicion against the majority of the Chinese diaspora, who are not working for the party.

This article is based on a recent research report by the author published by the Swedish Defence Research Agency (FOI), available at