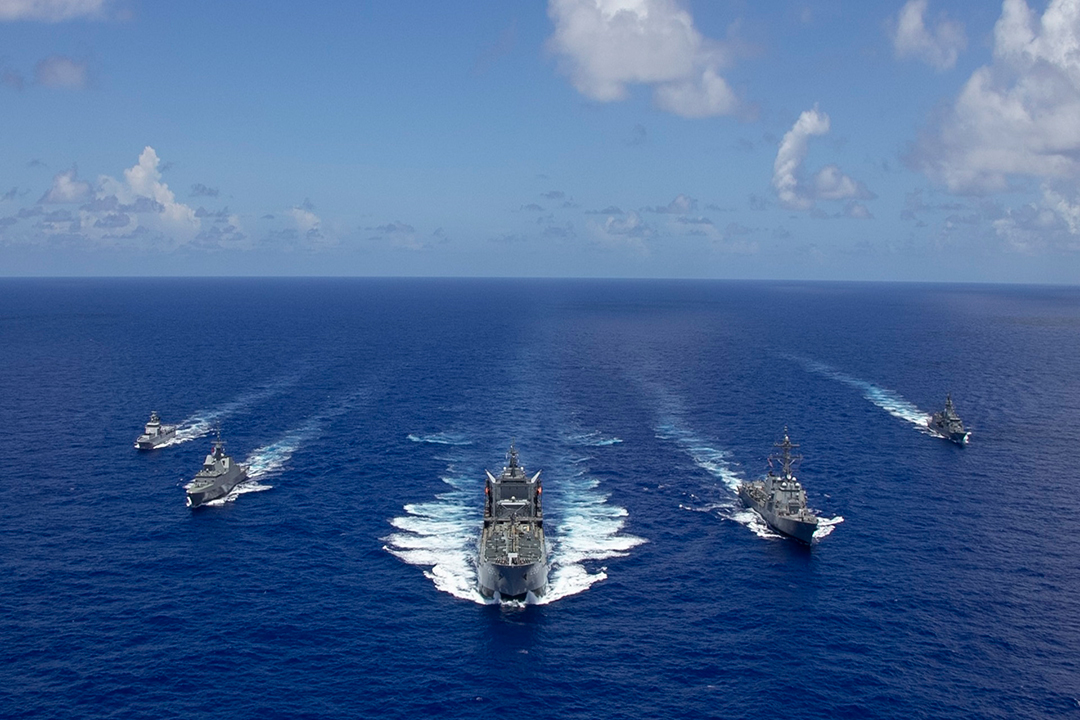 The reemergence of the Quadrilateral Security Dialogue (Quad) as a prime mover on the defense topography of the Indo-Pacific region is welcome news for Singapore, experts say, because the island nation shares the Quad’s guiding principles of freedom of navigation and adherence to international law.

In a statement following their virtual summit March 12, 2021, Quad leaders prioritized the United Nations Convention on the Law of the Sea (UNCLOS) as the basis for “rules-based maritime order in the East and South China seas.” This sent a clear message to Beijing, which has made vast territorial claims that an international tribunal ruled to be in violation of UNCLOS.

“So long as the position is consistent with international law, especially UNCLOS in this case, it’ll be good news for Singapore regardless which country or groupings of countries state this position,” Collin Koh, research fellow at Singapore’s S. Rajaratnam School of International Studies, told FORUM. “It should come across as reassuring that the key regional powers — Australia, India, Japan and the U.S. — are supportive of UNCLOS.”

“I’ll see Singapore continue to place emphasis on building bilateral defense and security engagements with each of the Quad member states instead,” Koh added, with ties between Singapore and India carrying special significance.

“India is seen [by Singapore] as a benign power who can contribute to regional peace and stability,” he said, and “a possible counterweight to the anticipated rise of China in particular, given those uncertainties surrounding the latter’s long-term strategic intent.”

Those sentiments were echoed by Singapore’s Minister for Defence Dr. Ng Eng Hen at the Indian Ocean Region Defence Ministers’ Conclave, hosted by India on February 4, 2021. He emphasized both countries’ belief in “upholding freedom of navigation and overflight in the maritime domain, unyielding principles that are vital for maintaining regional peace and stability.”

The navies of both countries participate annually in the Singapore-India Maritime Bilateral Exercise and the trilateral SITMEX exercises with Thailand.

Australia has become a key defense partner for Singapore by hosting its ground forces training exercises each year. Japan and the U.S. also join Singapore in regular defense exchanges including dialogues, port visits and training events. The navies of Australia, Brunei, Japan, Singapore and the U.S. also participated in a group sail exercise, pictured, in August 2020.