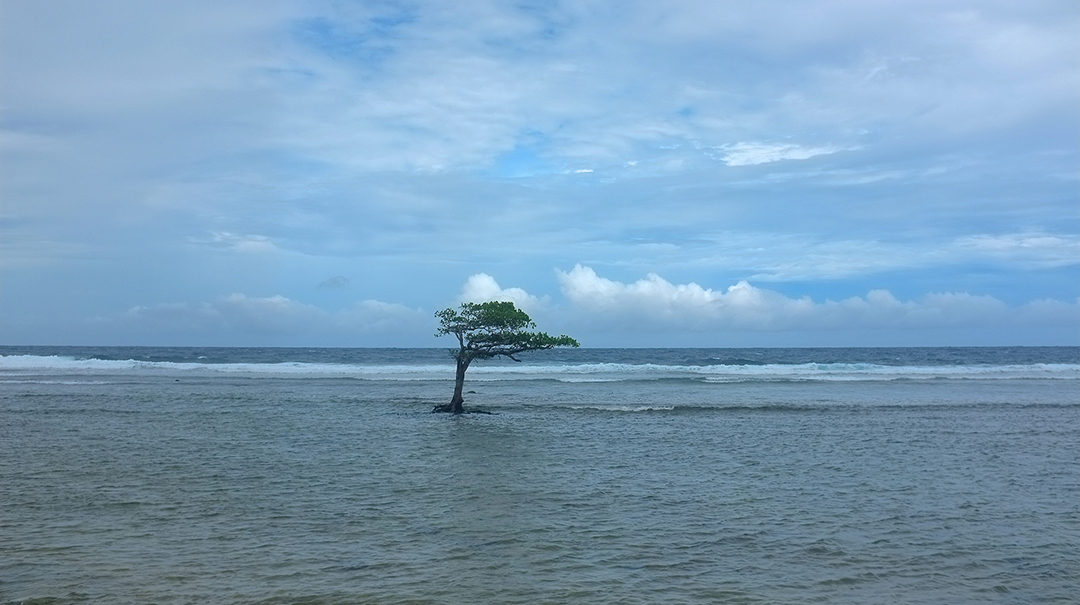 Small island states in the Pacific are opening a new front in the fight against rising seas to secure rights to an ocean area bigger than the moon that is home to billion-dollar fish stocks.

As extreme weather patterns push waters higher, Pacific nations fear their islands could be swamped, shrinking their EEZs and rights to fishing and mining within their boundaries — so they are trying to lock in existing zones now.

“There’s a sense of urgency,” said Jens Kruger, deputy director of the ocean and maritime program at the Fiji-based Pacific Community, a development organization run by states.

Once islands and EEZs are mapped in line with United Nations rules, Pacific nations believe they cannot be “challenged or reduced as a result of sea level rise and climate change,” Kruger said.

Under the 1982 U.N. Convention on the Law of the Sea (UNCLOS), which was established before sea level rise was recognized as a global problem, states have rights in a 200-nautical mile EEZ stretching from their shores.

Higher seas, driven by melting ice in Antarctica and Greenland as the planet’s climate heats, could force people to abandon low-lying islands.

That would downgrade them to “rocks” in U.N. terminology, with UNCLOS specifying that “rocks which cannot sustain human habitation or economic life of their own” do not qualify for an EEZ.

Seas could rise by up to 1 meter this century, the Intergovernmental Panel on Climate Change has warned.

Pacific states are concerned that storm surges, flooding, coastal erosion and saltwater intrusion are already harming their land, damaging homes and farms among other assets. (Pictured: Rising seas engulf a tree on Kosrae island in Micronesia.)

In addition, they have vital economic interests far offshore, especially the sale of licenses to tuna fishing fleets from nations such as Japan, South Korea and the United States.

The Western and Central Pacific Fisheries Commission said the region’s tuna catch of 2.9 million metric tons in 2019 was worth U.S. $5.8 billion and accounted for 55% of the global total.

If islands disappear, foreign fishing vessels could scoop up tuna stocks, arguing the waters are no longer in a nation’s EEZ but part of the high seas, open to all.

Ten Pacific island states, including Fiji, Kiribati, Tonga and Tuvalu, have a total population of about 2 million on a land area of 62,000 square kilometers, according to U.N. data.