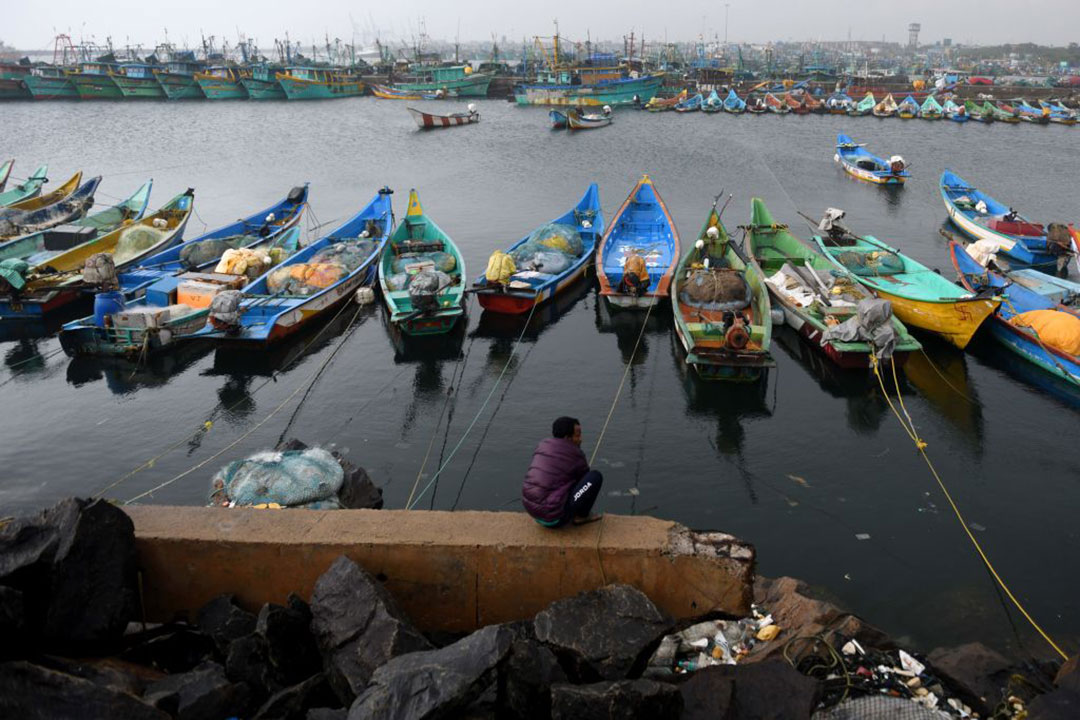 The Indian Coast Guard (ICG) demonstrated the efficacy of its humanitarian and disaster relief capability when it took preemptive measures to protect fishermen from a pair of punishing cyclones in late 2020, according to a new report by India’s Ministry of Defence.

Cyclones Nivar and Burevi hit southern India and nearby coastal areas in late November and early December, respectively. Nivar left at least 12 people dead and caused an estimated U.S. $600 million in damage as homes and businesses were washed away, according to media reports. Burevi killed at least nine but caused less property damage. (Pictured: A fisherman anchors his boat in harbor in Chennai, India, as Cyclone Nivar approaches in November 2020.)

The proactive steps helped prevent the widespread loss of life of fishermen suffered in previous cyclones. In November 2017, Cyclone Ockhi crashed into southern India and Sri Lanka, killing 218 Indians, including 143 fishermen operating out of the coastal state of Kerala in southwest India, the Press Trust of India news agency reported. India’s Air Force, Coast Guard and Navy rescued more than 250 fishermen from the storm.

“A total of 23 and 33 Coast Guard Disaster Response Teams (DRTs) were kept on standby during cyclones Nivar and Burevi respectively,” the March 2021 report stated. “Due to the preventive and proactive efforts by multiple stakeholders during cyclone Nivar and Burevi, neither any incident/accident nor loss of any life at sea was reported.”

As meteorologists warned of the oncoming storms, ICG vessels were dispatched to sea and instructed fishermen in their native languages to return to shore, the report said. The ICG acted according to its duty specified by India’s Disaster Management Act, which calls on the Armed Forces to support the civil administration whenever necessary. The ICG is considered a critical component of the government’s response capability, and its personnel are designated as first responders in all major coastal disasters.

ICG measures enacted ahead of Nivar and Burevi were instrumental in saving lives, the Ministry of Defence report found. “ICG has prepared Standard Operating Procedures for Disaster Management and the Standard Operating Procedures (SOPs) have been percolated to all formations and has initiated efforts for capacity building and training of ICG personnel,” the report stated. “ICG units maintain close liaison and coordination with all State and District Authorities.”

The SOPs included: placing all ICG formations on high alert and high state of preparedness; constant communication among the ICG, state administrators and the Indian Meteorological Department; and return-to-shore orders issued by radio to all fishing boats. In addition, transiting merchant vessels were instructed to warn fishermen to shelter at the nearest port and were requested to render assistance if necessary.