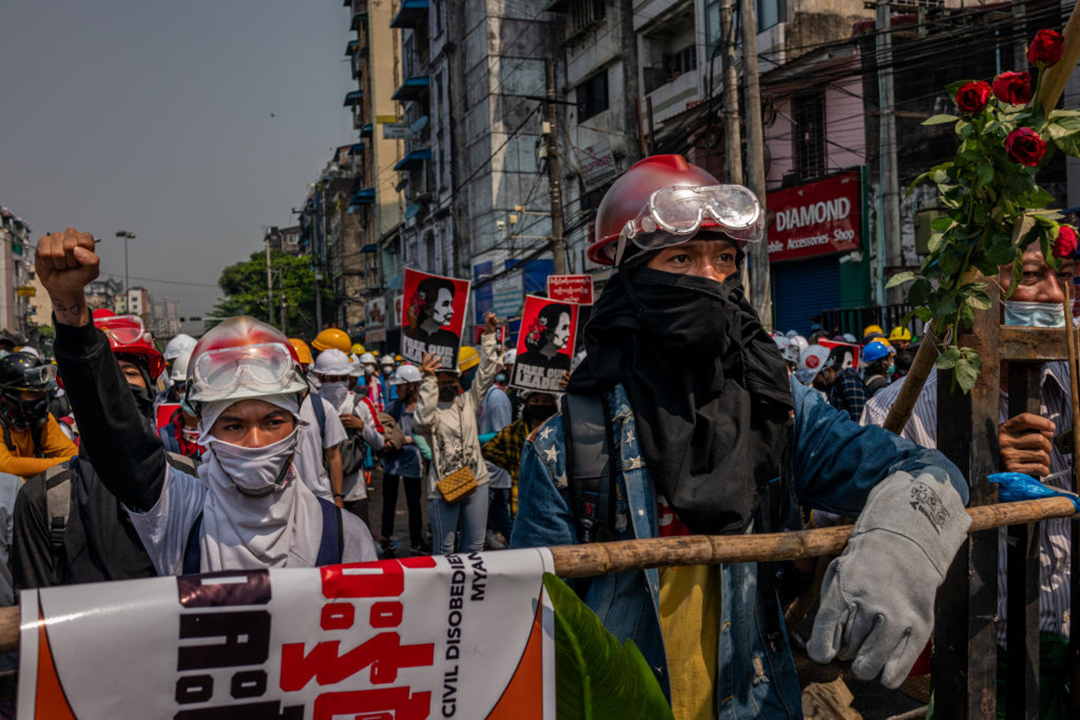 Indo-Pacific partners are pressing for a return to democracy in Burma after the People’s Republic of China (PRC) blocked a United Nations effort to condemn the military coup and minimized the detention of Burma’s elected leaders as a “cabinet reshuffle.”

Top diplomats from Australia, India, Japan and the United States in mid-February 2021 discussed “the urgent need to restore the democratically elected government in Burma, and the priority of strengthening democratic resilience in the broader region,” U.S. State Department spokesman Ned Price said, according to an Agence France-Presse report.

The U.S. officially labeled the military takeover a coup, which froze some U.S. assistance and prompted a review of aid programs to Burma, CBS News reported. “We have expressed grave concern regarding the Burmese military’s detention of civilian government leaders,” a U.S. Department of State official said. “After a careful review of the facts and circumstances, we have assessed that Aung San Suu Kyi, the leader of Burma’s ruling party, and Win Myint, the duly elected head of government, were deposed in a military coup on February 1.”

Burma’s neighbors also pressed the military to release Suu Kyi and to stop using lethal force against protesters. The calls from members of the Association of Southeast Asian Nations came as police in Burma again opened fire to disperse crowds February 28, killing 18 people. At least 21 people have been killed in the protests since February 1, Reuters reported. (Pictured: Anti-coup protesters march in Yangon, Burma, on March 2, 2021.)
Singaporean Prime Minister Lee Hsien Loong told the BBC that the bloodshed marked a tragic step backward for Burma, while Indonesian Foreign Minister Retno Marsudi called for the release of political detainees.

The Chinese Communist Party voiced no such concern. When the coup occurred, the PRC’s Xinhua News Agency called the takeover a “major cabinet reshuffle.” The following day, the PRC joined Russia in blocking a U.N. Security Council effort to condemn the coup.

Although the Chinese Foreign Ministry has rejected suggestions that the PRC even gave tacit consent to the coup, questions have surfaced about its active support of the military junta. A February 23 report by analyst Susan Hutchinson for the Australian Strategic Policy Institute revealed that unregistered flights between Yangon, Burma, and Kunming, China, occurred every night for more than a week in late February. The Chinese government claimed the planes were carrying seafood, but the clandestine nature of the flights made that unlikely, the report said.

“Whoever has arranged these flights is going to great lengths to hide them,” Hutchinson wrote. The planes’ transponders were turned off, and the airport in Kunming did not register the flights online. Other Chinese officials’ repeated promotion of the unlikely theory of COVID-19 originating from contaminated imported frozen seafood packaging adds to the suspicion of the flights.

Details were gleaned, however, from satellite images, airport workers in Yangon and members of Burma’s civil disobedience movement. There are two possible reasons for the flights, Hutchinson wrote. “One is that they’re bringing in Chinese troops and cyber specialists to help the Tatmadaw (Burmese military) control access to information and the internet. The other is that they’re increasing the Tatmadaw’s weapons stores.”

The PRC is notorious for censoring social media sites in China to quell dissent. It also has a financial interest in maintaining a brisk weapons trade with Burma, Hutchinson wrote. Kunming is also home to a Chinese artillery unit and a range of signals intelligence and cyber units.