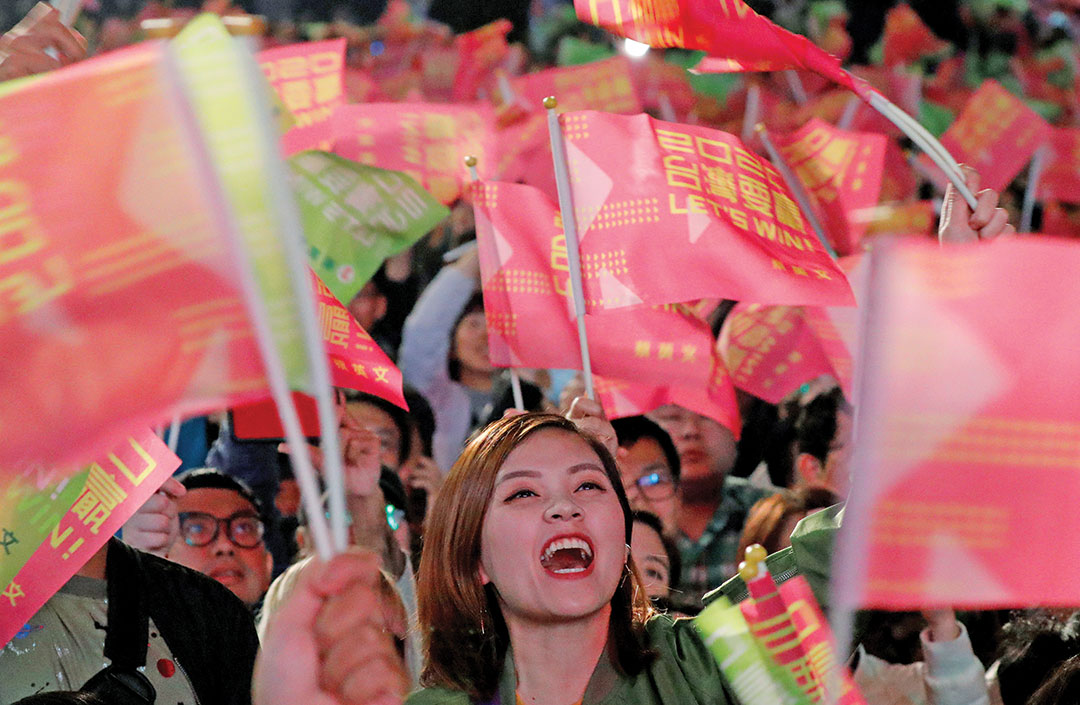 About two-thirds of Taiwan citizens don’t identify as Chinese, according to a survey released in May 2020 that highlights the challenge the People’s Republic of China (PRC) would face in bringing the self-governing island under its control.

The Pew Research Center found that 66% view themselves as Taiwanese, 28% as both Taiwanese and Chinese and 4% as just Chinese. The telephone poll of 1,562 people, conducted in late 2019, has a margin of error of 3.2 percentage points. (Pictured: Supporters of Taiwan President Tsai Ing-wen participate in a rally outside the Democratic Progressive Party headquarters in Taipei on January 11, 2020.)

The results are consistent with other polls showing that people in Taiwan increasingly identify only as Taiwanese, Pew said.

Younger generations, in particular, have developed a distinct identity, with 83% of respondents under 30 saying they don’t consider themselves Chinese.

Alexander Huang, a professor at Tamkang University in Taiwan, said it is a question of politics, not ethnic background. Younger Taiwan citizens grew up in a democracy, while the PRC is a one-party state. Another factor, Huang said, is the diplomatic pressure the PRC puts on Taiwan and the military exercises it conducts in Taiwan’s vicinity.

“We are ethnic Chinese for sure. But politically, I think that’s the big difference,” he said. “It is quite understandable that people don’t want to be identified as Chinese.”

In addition, about 2.3% of Taiwan’s people are members of Indigenous groups who are not ethnically Chinese.

The PRC still considers the island of 23.6 million people part of its territory and bristles at any talk of independence. It favors peaceful unification but pointedly does not rule out the use of force.

The Pew survey found that about 60% of Taiwan citizens have an unfavorable view of China. While 52% support closer economic ties with China, only 36% favor closer political ties.

Conversely, more than two-thirds have a favorable view of the United States, with 79% supporting closer political ties.  The Associated Press