The coronavirus pandemic that infected more than 22 million people worldwide through mid-August 2020 laid bare more than the grocery store shelves ravaged by panicked buyers from Singapore to Tokyo. The manufacturing lockdown in the People’s Republic of China (PRC) caused by the spread of COVID-19 exposed critical weaknesses in supply chains that left Indo-Pacific leaders searching for products ranging from personal protective equipment to pharmaceuticals. It also prompted a call to action: Build supply chain resilience to keep history from repeating itself.

“We have become dependent on China,” Japanese Economic Revitalization Minister Yasutoshi Nishimura said in early June 2020, according to Reuters. “We need to make supply chains more robust and diverse, broadening our supply sources and increasing domestic production.” Officials in India, Japan, Singapore and Taiwan echoed his sentiments as governments began to analyze the resilience of their supply chains and, in some cases, provide subsidies to companies willing to relocate.

In Japan, Prime Minister Shinzo Abe launched a U.S. $2 billion program to provide stimulus funds to help companies shift production home. Some government officials in Tokyo deemed the need to diversify the supply chain a matter of national security. Although the pandemic provided fresh evidence of supply chain vulnerabilities, Japanese leaders have been talking about the need to build resilience since the early 2000s, when the cost of Chinese labor started to soar, Reuters reported. Those cost increases sparked discussions in Japan of a “China plus one” strategy — a policy of managing risk by situating plants in the PRC and at least one other Indo-Pacific country. 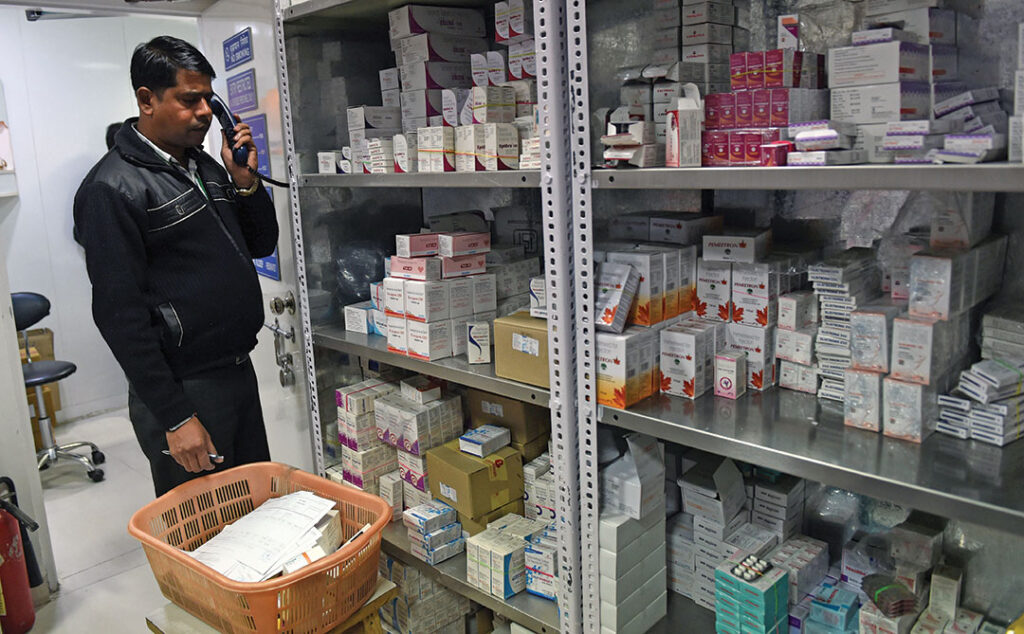 “Many companies have already begun adopting a China plus one manufacturing hub strategy since the U.S.-China trade war began in 2018, with Vietnam having been a clear beneficiary,” said Anwita Basu, head of Asia country risk research at Fitch Solutions, according to a June 2020 report by Bloomberg News. Although the pandemic will continue that trend, “shifts away from China will be slow as that country still boasts an annual manufacturing output that is so large that even a group of countries would struggle to absorb a fraction of it.”

Still, Indo-Pacific industries and governments see the perils of overreliance on their larger neighbor. Taiwan officials in 2019 encouraged companies on the island to build a “non-red supply chain” outside mainland China. They approved laws that provided low-cost loans, tax breaks, rent assistance and simplified administration to companies that invested in Taiwan. A major development in the supply chain reshuffle occurred in May 2020 when one of the world’s leading computer chipmakers, Taiwan Semiconductor Manufacturing Co., said it would build a factory in the U.S. western state of Arizona.

Singapore, meanwhile, has also been promoting the need to diversify. Singapore Trade Minister Chan Chun Sing said the pandemic’s paralyzing effect on supply chains has been eye-opening. “Today, China is not just producing low-end, low-value products. They are also in the supply chains of many of the high-end products. And that means that the impact on the supply chains will be significant across the entire globe,” he told CNBC’s Squawk Box Asia.

For essential items, Singapore “will carefully build up some local capacities that we can surge in times of need,” Chan said, according to The Straits Times newspaper. That includes looking at “where the goods come from, where the manpower comes from, which market supplies to us” and even which shipping line brings the goods into Singapore.

China-centric supply chains aren’t the only concern, he pointed out. Singapore has diversified its rice supply, which in the past mostly came from Thailand and Vietnam. Now, Singapore also gets rice from Japan and India, he added.

The sheer volume of companies dependent on Chinese manufacturing illustrates the need for alternatives. A March 2020 analysis published by the Harvard Business Review magazine noted that the world’s largest 1,000 companies or their suppliers own 12,000 facilities — factories, warehouses and other operations — in COVID-19 quarantine areas of the PRC, Italy and South Korea.

Companies worldwide scrambled to identify which of their invisible suppliers — those with whom they don’t directly deal — were based in the affected regions of the PRC, the analysis stated. “Many companies are probably also regretting their reliance on a single company for items they directly purchase. Supply-chain managers know the risks of single sourcing, but they do it anyway in order to secure their supply or meet a cost target,” the article stated. “Often, they have limited options to choose from, and increasingly those options are only in China.” 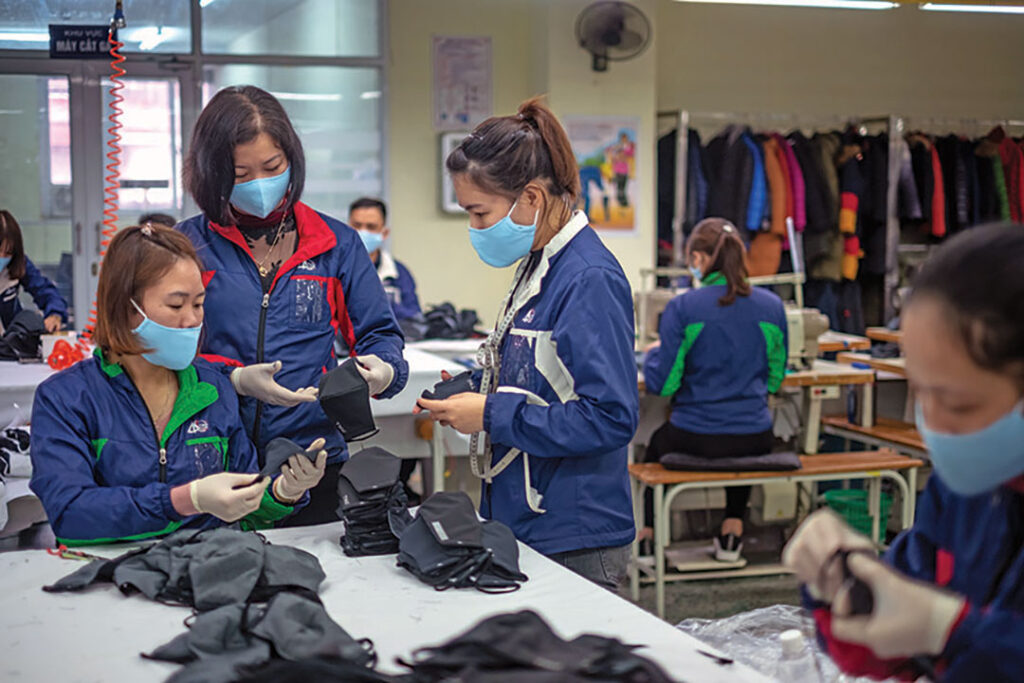 As global companies build supply chain resilience, Indo-Pacific nations stand poised to reap the benefits. Indian Foreign Secretary Harsh Vardhan Shringla said in a June 2020 speech that countries “will be looking for maximum diversification of their production and supply chains in the medium to long term, weaning away from extreme dependence on any one particular country or region,” according to a report in The Economic Times newspaper.

India, he added, has the opportunity to develop into a low-cost manufacturing hub. He said companies could pinpoint shortfalls in supply chains sooner if they worked with India, which has highly functioning democratic systems and higher levels of transparency than the PRC.

India plans to focus some of its manufacturing efforts on pharmaceutical ingredients to become an alternative supplier for drugmakers affected by factory shutdowns in the PRC, Bloomberg reported. The Indian government, the report said, wants to identify essential drug ingredients, provide incentives to domestic manufacturers and revive ailing state-run drug companies.

India, which is the world’s largest exporter of generic drugs, experienced raw material shortages caused by the coronavirus outbreak, signaling its dangerous dependence on the PRC for those supplies. India imports almost 70% of the chemicals it uses to make generic drugs from the PRC. Some of these sources are in Hubei province, where the coronavirus outbreak emerged in December 2019.

To kickstart the supply chain overhaul, the Indian government established a U.S. $1.8 billion fund in March 2020 to set up three drug manufacturing hubs and identified 53 key starting materials and active pharmaceutical ingredients that will be made a priority. These include the fever-reducing medicine paracetamol and antibiotics that include penicillin and ciprofloxacin.

India isn’t the only Indo-Pacific nation looking to become an integral part of global supply chains. Low-cost labor and low land prices have long paid dividends for Vietnam as companies a few years ago started relocating their manufacturing sites outside the PRC. The global pandemic will do nothing to slow that trend, according to an April 2020 report from Jones Lang LaSalle (JLL), a global real estate consultancy based in the United States.

U.S. Census Bureau data, for example, showed a nearly 36% surge in goods imported into the U.S. from Vietnam in 2019 compared with a 16.2% contraction in goods imported from the PRC. “Data for this year [2020] will be distorted by the effects of the coronavirus on global supply chains, but the trend of manufacturing moving from China to Southeast Asia will continue,” said Stuart Ross, JLL’s head of industrial and logistics for Southeast Asia.

The eye-opening shortages of the pandemic could stimulate new partnerships. The U.S. is pushing to create an alliance of partners dubbed the Economic Prosperity Network. The network would include companies and civil society groups operating under a single set of standards on everything from digital business and energy to research, trade and education, Reuters reported.

In the Indo-Pacific, the U.S. wants to work with Australia, India, Japan, New Zealand, South Korea and Vietnam to “move the global economy forward,” U.S. Secretary of State Mike Pompeo said in April 2020, according to Reuters. The discussions include “how we restructure … supply chains to prevent something like this from ever happening again.”

A key plank in the U.S. economic security strategy is the expansion and diversification of supply chains that protect “people in the free world,” according to Keith Krach, a State Department official who leads efforts to develop international economic growth policies. Krach said the Economic Prosperity Network would be built for critical products such as pharmaceuticals, medical devices, semiconductors, automobiles, textiles and chemicals.

Chinese manufacturing is so deeply woven into the fabric of international supply chains that diversification and resilience building in Indo-Pacific countries won’t happen overnight. Japan is a good example. The government’s U.S. $2 billion program to lure companies into domestic production is a start, but Japanese companies are deeply invested in Chinese manufacturing hubs. Japanese companies had at least 7,400 affiliates in the PRC as of March 2018, according to a trade ministry survey, Reuters reported. That number is up 60% from 2008.

The development of more automation and the onset of artificial intelligence-based technology could be one of the answers to developing more supply chain resilience. Japan Display Inc. and chipmaker Rohm Co. Ltd. told Reuters that potential shifts to full automation for labor-intensive, back-end processes could lead to new assembly lines being built in Japan.

For others, however, the PRC will remain in their supply chains for cost reasons. Sharp Corp., which makes display panels and televisions, ships products to the PRC where backlights, connectors and other parts are added. The process requires manual testing and machinery adjustments. “The back-end process has long been done in China because it’s labor-intensive,” said a spokesman at Sharp, which was acquired by Taiwan’s Foxconn in 2016. “It would be expensive to bring it back home.”

Supply chain experts point out that the PRC engineered its manufacturing advantage by creating a supply chain network that is bolstered by a vast distribution system and efficient transportation infrastructure. It also offers a large pool of workers who are trained in operating complex machinery. As firms reexamine their supply chains in a post-pandemic economy, however, the “pressure from governments to re-shore operations versus the attractiveness of China as a manufacturing hub will be a persistent geo-economic tension they will have to navigate,” according to an article published by Yogaananthan S/O Theva, an associate research fellow in the Policy Studies Group at the S. Rajaratnam School of International Studies, Nanyang Technological University, in Singapore.

To navigate a post-coronavirus economy, he argued, “firms should avoid a rigid, binary approach of completely relying [on] or decoupling from China. Instead, firms should pursue supply chain resilience by being nimble and strategically switching their operations between China and other countries when needed.”

To achieve this visibility, companies such as Corning, Emerson, Hayward Supply and IBM are using digital technologies such as blockchain to create a reliable audit trail that tracks an asset from production to delivery. “Armed with such data, firms will be able to quickly identify the specific supply chains that will be disrupted and activate alternative supply chains,” Theva wrote.

Whether decoupling completely from the PRC or simply diversifying supply chains to build resilience, Indo-Pacific industry leaders agree that the status quo of heavy dependence on Chinese manufacturing needs to be addressed. “Everyone agrees we really have to reconsider the sustainability of supply chains,” Hiroaki Nakanishi, chairman of Hitachi Ltd. and head of Japan’s biggest business lobby, said in a May 2020 televised interview. “It’s unrealistic to suddenly return all production to Japan. But if we are totally reliant on one specific country and they have a lockdown, there will be huge consequences.”