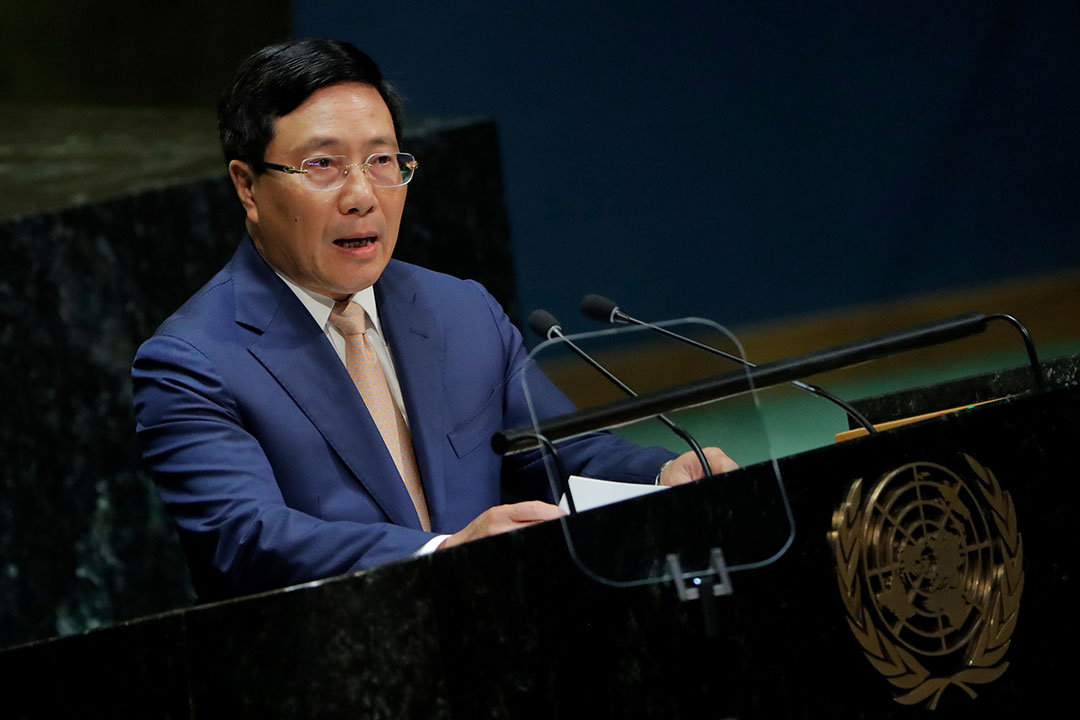 Australia and Vietnam are forging closer ties to enhance defense and security cooperation and counter the ills of the COVID-19 pandemic. The governments issued a plan in November 2020 to upgrade their relationship to a comprehensive strategic partnership.

“The defense relationship has grown since the prime ministers established a strategic partnership between Australia and Vietnam in 2018,” an Australian Department of Defence spokeswoman told FORUM. “The joint statement reaffirms a commitment to annual defense ministers’ meetings and sets out several areas for continuing or expanding defense cooperation, including education and training, maritime and aviation security, peacekeeping training and support, and counterterrorism.”

The plan was announced at an annual meeting between Vietnamese Deputy Prime Minister and Foreign Minister Pham Binh Minh, pictured, and Australian Minister for Foreign Affairs Marise Payne, the Hanoi Times newspaper reported. Payne praised Vietnam’s management of the pandemic and reaffirmed Australia’s commitment to cooperate with Association of Southeast Asian Nations (ASEAN) partners to provide access to safe and effective vaccines across the region.

Vietnam joined a special meeting in March 2020 of the Quadrilateral Security Dialogue, or Quad, a coalition that includes Australia, India, Japan and the United States. The meeting covered the pandemic’s economic and human security implications. Vietnam was invited under a novel Quad-Plus arrangement that also included New Zealand and South Korea. Vietnam, the 2020 ASEAN chair, “is a key strategic partner for all four Quad members,” according to India’s Observer Research Foundation.

Australia and Vietnam work closely under the ASEAN Defence Ministers’ Meeting-Plus framework, including through its Experts’ Working Groups, the Defence Department spokeswoman added.

The nations established a defense partnership in 1998 and Australia has posted a defense attache to Hanoi since 1999. A Memorandum of Understanding for Defence Cooperation signed in 2010 expanded the relationship.

A Vietnamese military hospital unit was deployed in 2019 to the United Nations mission in South Sudan aboard an Australian C-17A Globemaster III military aircraft. The Vietnamese peacekeepers received a send-off from the Australian ambassador to Vietnam as an expression of the growing ties. Australia has supported Vietnamese peacekeeping missions since 2011, mainly by providing English-language support.

Joseph Hammond is a FORUM contributor who reports from the Indo-Pacific region.