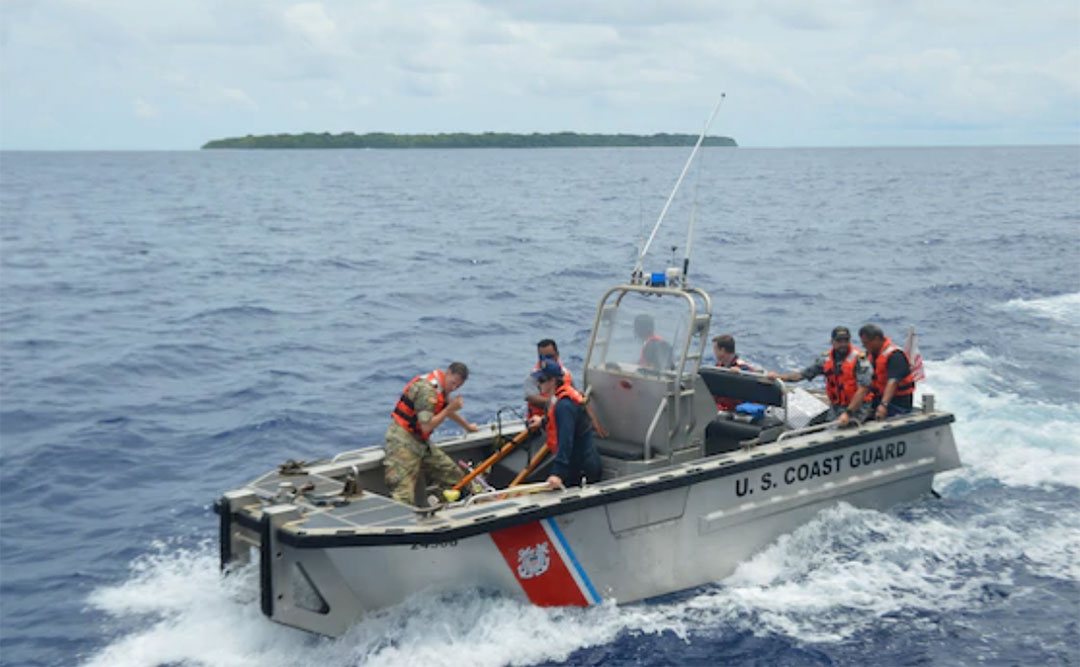 An expanded U.S. military presence in and around the Pacific island nation of Palau could counter Beijing’s ambitions in the area and support Palau’s territorial sovereignty, a growing number of analysts say.

Gregory Poling, director of the Asia Maritime Transparency Initiative at the Center for Strategic and International Studies, agrees with the September 2020 request by President Tommy Remengesau for the U.S. military to open a military installation in Palau.

“Everything in the Indo-Pacific these days is about competition with China,” Poling told FORUM. “So, you’ve got an increasing desire and ability by the PLA [People’s Liberation Army] Navy to operate beyond what’s called the First Island Chain, ringing from Japan around the Philippines and operating increasingly in Micronesia.”

Col. Grant Newsham, a retired U.S. Marine Corps officer and former U.S. diplomat, also agrees with Remengesau, who reiterated his request in mid-October 2020 to the visiting U.S. Secretary of the Navy Kenneth Braithwaite.

“The U.S. Coast Guard might also put a ship in Palau to help the country protect its maritime resources. And the FBI can help with transnational organized crime and corruption,” Newsham, a senior research fellow at the Japan Forum for Strategic Studies and the Center for Security Policy, wrote in a November 2020 article published on AsiaTimes.com. “With a little imagination, the Japanese Self Defense Forces and Coast Guard might also make use of the joint U.S.-Palau bases. And since Palau recognizes Taiwan, perhaps the Taiwan military might make an appearance.”

Under the Compact of Free Association signed in 1994, the U.S. is called upon to defend Palau in wartime, and Palau’s citizens can join the U.S. Armed Forces.

“Palau’s request to the U.S. military remains simple — build joint-use facilities, then come and use them regularly,” Remengesau wrote in a letter to the U.S. Department of Defense after senior U.S. defense officials toured the Pacific islands in August 2020.

The U.S. Department of State in September 2020 identified the People’s Republic of China (PRC) as “one of the world’s worst perpetrators” of IUU fishing.

“Palau has an enormous exclusive economic zone [and] has set aside a large amount of that as a no-fishing zone, a marine sanctuary,” Poling said. “Like most of Micronesia, it has a relatively tiny amount of land area and an enormous amount of ocean over which it has jurisdiction. And so, any help it can get in this regard is beneficial.”

The Remengesau administration believes such an arrangement would also benefit the U.S., offering it a strategic presence in the Western Pacific.

“The U.S. military’s right to establish defense sites in the Republic of Palau has been under-utilized for the entire duration of the Compact,” the Palau president wrote.

“Palau and the Coast Guard have a long, sustained partnership and the Sequoia’s deployment furthered this relationship,” Capt. Christopher Chase, then commander of U.S. Coast Guard Sector Guam, said in a news release.

Joseph Hammond is a FORUM contributor who reports from the Indo-Pacific region.