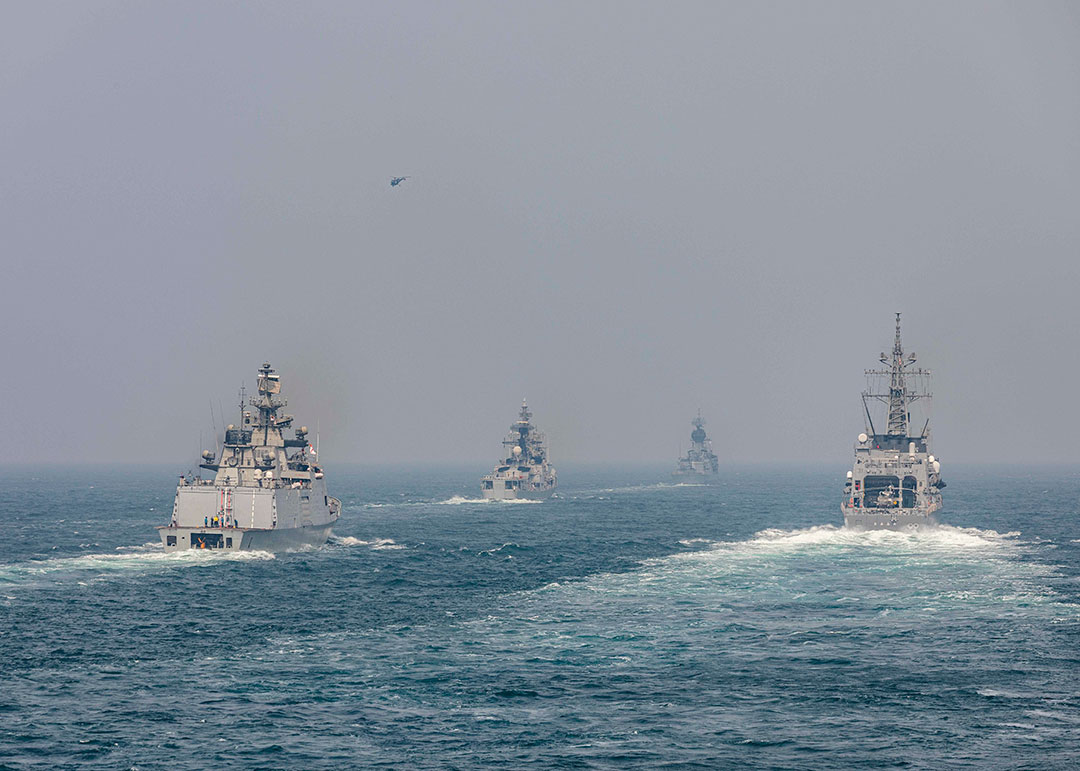 Australia, India, Japan and the United States kicked off the first phase of Malabar 2020 in early November, bringing the four nations together for the annual naval drill for the first time in more than a decade.

“Malabar provides an opportunity for like-minded navies, sharing a common vision of a more stable, open, and prosperous Indo-Pacific, to operate and train alongside one another,” said Cmdr. Ryan T. Easterday, commanding officer, USS John S. McCain, according to a U.S. Navy news release. “A collaborative approach toward regional security and stability is important now more than ever, to deter all who challenge a Free and Open Indo-Pacific.”

Australia, India, Japan and the U.S. form a strategic regional partnership known as the Quad. They engage in information exchanges and military drills that promote a Free and Open Indo-Pacific as each works to counter attempts by the Chinese Communist Party and People’s Republic of China to gain regional influence.

India served as host of the 24th iteration of Malabar, which began in 1992. The exercise advances the planning, integration and employment of advanced warfare tactics among the participating nations. This year’s iteration included two phases: the first in the Bay of Bengal and the second in the Arabian Sea in mid-November. The navies conducted a range of high-end training, including air defense and anti-submarine exercises, aviation, communication and at-sea replenishment, according to The Week, an Indian news magazine. Sailors hunted for submarines and used helicopters to conduct cross-deck landing and other seamanship maneuvers.

“India, Japan, and Australia form the core of our strategic partners across the Indo-Pacific. It is fitting to see our Navies operate in a high end, tactically relevant exercise like Malabar,” U.S. Navy Capt. Steven DeMoss, Destroyer Squadron 15 commodore, said in a statement, according to U.S. Naval Institute News. “It is another opportunity to further strengthen our combined capabilities and enhance our partnerships.”