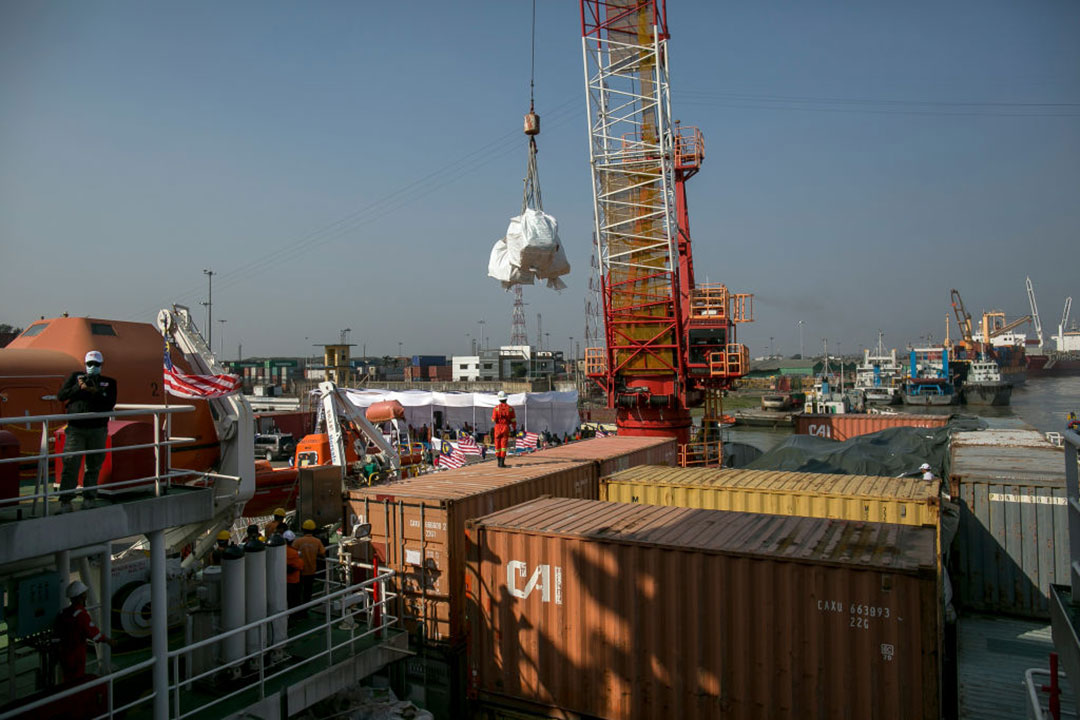 Bangladesh plans to develop its first deep-sea port as part of a public-private partnership with Japan, rejecting a long-standing but controversial proposal for a nearby port funded by the People’s Republic of China (PRC).

The new port at Matarbari on the Bay of Bengal will open by 2025, Bangladeshi officials announced at a contract signing ceremony with Japanese officials in Dhaka in late September 2020.

“The Matarbari Port Development Project has been undertaken to ensure sustainable development to build sound maritime logistics that will support the growing Exim [export and import] trade of Bangladesh and to develop as a regional hub of connectivity,” said Bangladesh State Minister for Shipping Khalid Mahmud Chowdhury, according to the Dhaka Tribune newspaper.

Bangladesh received a loan of up to 2.65 billion yen (U.S. $25.4 million) for the project from the Japan International Cooperation Agency (JICA), which provides technical and other assistance to promote economic and social growth in developing nations, according to news reports. Chowdhury said that the port will be constructed along a channel developed for a coal-fired power plant, another JICA-supported project.

Officials said the commercial port project, which includes construction of a road connecting the facility with a national highway, is an extension of the Bay of Bengal Industrial Growth Belt, or “Big-B” concept, unveiled by the leaders of Bangladesh and Japan in 2014.

A deep-sea port has been under consideration since at least the mid-2000s to ease congestion at the ports in Chittagong, pictured, and Mongla, The Economic Times newspaper of India reported. Those facilities have shallow channels, forcing large ships to transfer their cargo to smaller vessels at hubs in Singapore and Sri Lanka so the goods can reach Bangladesh. The Matarbari facility is expected to speed delivery and reduce costs, while creating a shipping hub serving Bhutan, Nepal and India’s northeastern states.

In announcing the deal with Japan, Bangladesh officially terminated plans for a deep-sea port at Sonadia Island, about 25 kilometers from the Matarbari site on the nation’s southeast coast. The Sonadia project, first proposed about a decade ago, was to have been built and financed by the PRC, The Economic Times reported. However, Bangladesh and the PRC never formalized the agreement and a recent environmental study found the project would have damaged biodiversity.

The Sonadia proposal amplified concerns about the PRC’s motives and its creeping influence throughout the region. For example, Indian officials worried that Dhaka might have to transfer the port or other infrastructure to the PRC should Bangladesh default on Chinese loans, according to an October 2020 article in the online magazine The Diplomat.

Just such a scenario unfolded in late 2017, when Sri Lanka was forced to grant a state-run Chinese firm a 99-year lease to run Hambantota Port after Sri Lanka defaulted on a Chinese loan signed just 18 months earlier.

Tensions between India and the PRC have been rising, sparking military clashes along their disputed border in the Himalayas and adding to India’s concerns about PRC activities in Bangladesh, given that the Bay of Bengal is vital to India’s security.

“India remains concerned over any Chinese move to build strategic assets like ports and airports in its immediate neighborhood,” The Economic Times noted.