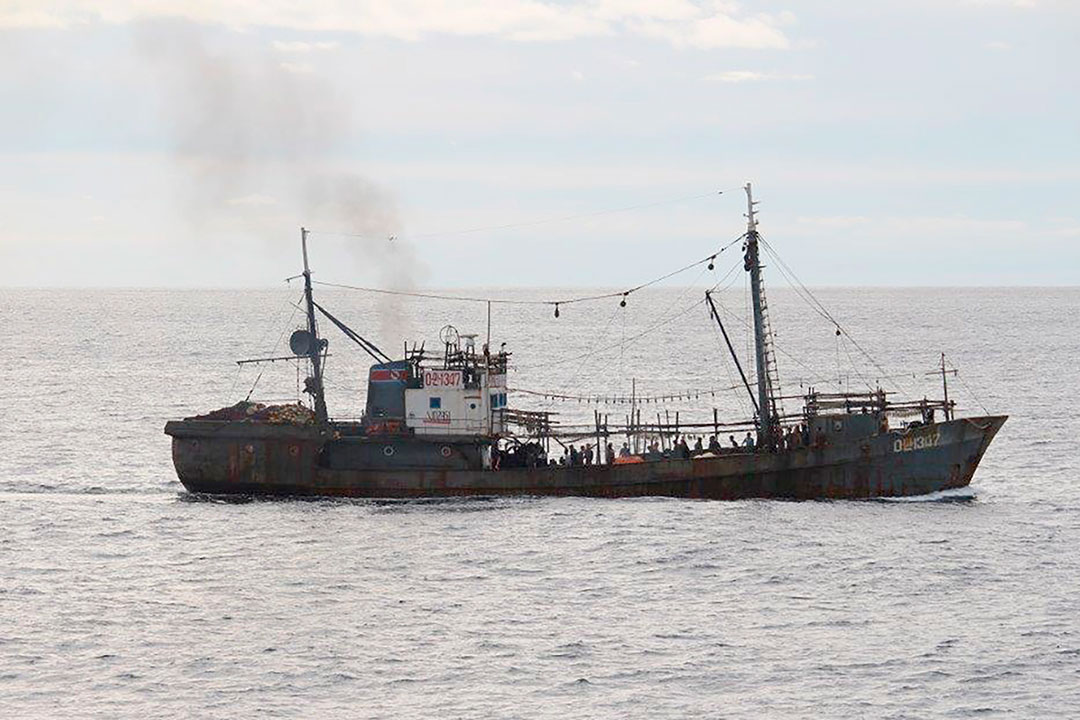 Hundreds of North Korean-flagged ships, with bodies on board or sometimes abandoned, have washed up along the Sea of Japan in recent years, according to news reports. The so-called ghost ships come ashore on Japan’s coastline and increasingly along Russia’s coast, according to a mid-September 2020 report by Lenta.ru, a Russian-language online newspaper.

Japanese authorities report that more than 500 ghost boats have landed on the nation’s coast in the past five years, with 158 in 2019, Lenta.ru reported. The unidentified bodies found aboard are buried in unmarked graves in Japanese and Russian coastal towns, the online report said.

Investigations in 2020 implicate the People’s Republic of China “in this dark history and its [the PRC’s] exorbitant demand for marine bio-resources,” Lenta.ru reported. The PRC’s fleet exploits North Korean sailors, a July report by the nonprofit Global Fishing Watch revealed.

The Sea of Japan’s waters are divided among Japan, North Korea, Russia and South Korea. Squid fishing is especially important for North Korea to provide protein to feed its citizens, according to experts.

A cash-strapped North Korea, however, has sold its coastal fishing rights to the PRC and netted an estimated U.S. $50 million to U.S. $75 million a year in licensing fees, as sanctions have tightened against the regime in response to its ongoing development of nuclear and ballistic weapons, news organizations reported.

Better-equipped Chinese ships harvested more than 160,000 tons of squid valued at U.S. $440 million between 2017 and 2019, which is more than the combined squid catch of Japan and South Korea during that period, according to Global Fishing Watch, which used satellite technology to analyze marine traffic in Northeast Asia. The nonprofit documented 900 Chinese ships in 2017 and 700 in 2018 in North Korean waters, CNN reported.

North Korean fishermen have been forced farther offshore to fish for themselves and the regime, which takes a hefty percentage of the catch. They often operate in small, wooden boats not designed for the open sea.

“It is too dangerous for them to work in the same waters as the Chinese trawlers,” Jungsam Lee, co-author of the Global Fishing Watch report, told CNN. “That’s why they’re pushed to work in Russian and Japanese waters and that explains why some of North Korea’s damaged vessels showed up on the beaches of Japan.”

Some North Korean fishermen may commit suicide at sea rather than starve, a North Korean defector told Hakai Magazine in late September 2020. The magazine is published by the Tula Foundation, a Canada-based nonprofit that focuses on coastal science.

The ghost ships serve as symbols of North Korea’s maritime failures, Robert Winstanley-Chesters, an expert on North Korean fishing at the University of Leeds in England, told the magazine. They reveal that North Korea “is desperate for food resources, and desperate enough to put coastal communities at real risk, [and] break all the rules to poach fishing stocks.”

North Korean poachers are also crowding Japanese waters to the extent that Japanese fishermen in recent years have begun evacuating the area “to avoid unnecessary clashes and competition,” Masayuki Komatsu, a retired official at the Fisheries Agency of Japan, told Hakai. (Pictured: Sixty fishermen aboard this North Korean boat were rescued after it collided with a Japanese patrol vessel and sank off Japan’s Noto Peninsula in October 2019.)

North Korea also leases its flag to Chinese vessels to fish in Japanese and Russian waters, according to Lentu.ru. It’s not known how many Chinese fishermen are among the poachers.

Moreover, the North Korean boats continue to be at risk. “If Chinese boats are operating in North Korean coastal waters, then that will continue to push North Korean ships further out,” James Brown, a political scientist at Temple University, Japan Campus, told Hakai.