Many defense professionals don’t immediately think of development assistance as a security tool. Yet any strategic conversation regarding the security of the nations of the Indo-Pacific region will eventually wander into the areas of governance, education, health, economics and so forth — areas outside traditional defense activity. National security depends on many dimensions of a society.

The United States has a shared vision with many like-minded countries: a Free and Open Indo-Pacific in which all countries prosper side by side as sovereign, independent states. Internal and external threats, however, confront all nations. Malign actors, from transnational criminals and terrorists to repressive authoritarian powers, seek to destabilize vulnerable nations, take their wealth and sovereignty, and make development vassals of them. This undermines security, prosperity and opportunity for all people in the Indo-Pacific. Every nation in the region feels the damage these malign actors cause. States must collectively defend against these threats, just as they must collectively defend against traditional security threats. Development assistance, applied well, does much more than alleviate human misery. It can also be used to harden communities and nations against malign influences.

The journey to self-reliance is the term the U.S. Agency for International Development (USAID) uses to describe how to work with partner countries to assist them along their own development path. This approach is based on the deep experience USAID has gained over the past 50 years of driving global progress through the catalytic application of U.S. foreign assistance. Assistance makes the greatest impact when there is commitment and capacity among the people, communities, private sector and government of the partner country. Much of what USAID does is to assist partner nations to cultivate their commitment and capacity, helping them define for themselves their objectives and pathways, and helping them build self-reliance and resilience.

USAID defines self-reliance as the capacity to plan, finance and implement solutions to local development challenges, as well as the commitment to see these through effectively, inclusively and with accountability. This definition grounds an approach to foreign assistance that reflects both the evidence the agency has gathered and the values that underpin USAID’s work. As countries gain greater self-reliance, they are able to chart their own development paths and navigate obstacles along the way. Self-reliance includes resilience, which USAID defines as the ability of people, households, communities, countries and systems to mitigate, adapt to and recover from shocks and stresses in a manner that reduces chronic vulnerability and facilitates inclusive growth.

Self-reliance and resilience are vital components of the USAID model. It makes sense: Look at the most stable and successful countries in the world. They are countries with well-educated, healthy and prosperous populations engaged in dynamic, inclusive economies and with governments that are capable and responsive to their citizens. On the other hand, where populations suffer and economies falter,  instability and misery result. Where governments fail to serve their entire populations, unrest emerges that eventually, if unresolved, leads to insecurity and chaos.

In the long run, sustainable security in the region depends on all nations coexisting equally under a common understanding of the rule of law, exercising their full sovereignty and pursuing their self-determined potential. Healthy competition and free, fair and open markets — both commercial and in the realm of ideas — balance relationships among communities and countries to secure stability and prosperity. Security, national and international, requires that each nation overcome its vulnerabilities and become a resilient, self-reliant sovereign and independent state, fully embraced by the community of nations.

USAID actualizes this approach through country road maps, which serve as USAID’s primary visualization tool for assessing self-reliance in a given country, based on 17 third-party, publicly available metrics that capture the multidimensional concepts of commitment and capacity. USAID produces country road maps annually for all 137 low- and middle-income countries as classified by the World Bank and makes them publicly available. The country road maps can be viewed at https://selfreliance.usaid.gov/.

These road maps are used to assess where a country is on its development journey. Conversations with the partner government, private sector, civil society and other stakeholders adds a richness to the understanding of the country’s trajectory. From there, USAID can employ all the available levers to accelerate progress. Two approaches — financing self-reliance and private-sector engagement — are particularly important. Financing self-reliance is an approach to strengthen a country’s ability to better marshal and manage its own resources, while private-sector engagement promotes a robust market environment and market-driven solutions to development challenges. As specific programs and activities are implemented to achieve these results, USAID engages with the partner government to focus on building commitment and capacity, strengthening the partnership as self-reliance grows.

Although it is critically important that countries and societies determine their own pathways to self-reliance, the experience at USAID is that some pathways work much better than others. Market-based solutions that engage the private sector tend to be more sustainable than one-time investments that only fill an immediate need. Using inclusive development practices at the outset gets positive results more quickly and generates commitment from the entire society. Starting with practices that are transparent and accountable and maintaining those principles at all levels of government and society also propels success. Building human and institutional capacity across the economy, civil society, the government and the population is critical to balancing solutions to ensure they stick.

To safeguard security in the Indo-Pacific, development assistance complements defense and diplomacy. Within the combined fabric of the efforts of the United States, allies and like-minded partners, USAID’s journey to self-reliance approach helps curb threats at their source, bolsters economic opportunities and commercial ties, advances liberty and democracy, and provides trusted relationships to ensure that allies and partners stand together with those in need when disaster strikes. Ultimately, the purpose of USAID foreign assistance must be ending its need to exist. All nations and territories succeed when each succeeds.

Bruce McFarland is the USAID senior development advisor to U.S. Indo-Pacific Command. Although the opinions expressed are the author’s own, this article is adapted from the USAID policy framework.

The United States has a long-standing commitment to its Indo-Pacific neighbors and friends in promoting a peaceful, Free and Open Indo-Pacific region. Of increasing importance to the U.S. are its relationships and engagements across Melanesia, Micronesia and Polynesia.

During a September 2019 meeting with Pacific island leaders at the United Nations General Assembly, U.S. Secretary of State Mike Pompeo announced U.S. $65 million in new assistance, which is in addition to U.S. $36.5 million announced at the 50th Pacific Islands Forum one month earlier. On top of those commitments, the U.S. invests U.S. $350 million annually on projects, assistance and operations to build a more prosperous future for the region, according to the U.S. State Department.

“The United States has and will continue to partner with the Pacific islands to tackle global and regional challenges, including promoting regional security and stability, advancing sustainable growth, addressing environmental challenges, responding to natural disasters, and strengthening our people-to-people ties,” the State Department said.

Here’s a breakdown of how the State Department says the Pacific engagement money will be spent:

Building resilient infrastructure and expanding connectivity: The U.S. pledged an immediate U.S. $23 million in late 2019 to electrify Papua New Guinea and is working with Australia, Japan and New Zealand to bring electricity to at least 70% of the greater Pacific region by 2030. USAID will also provide U.S. $7.5 million to help expand broadband connectivity across Pacific island nations. 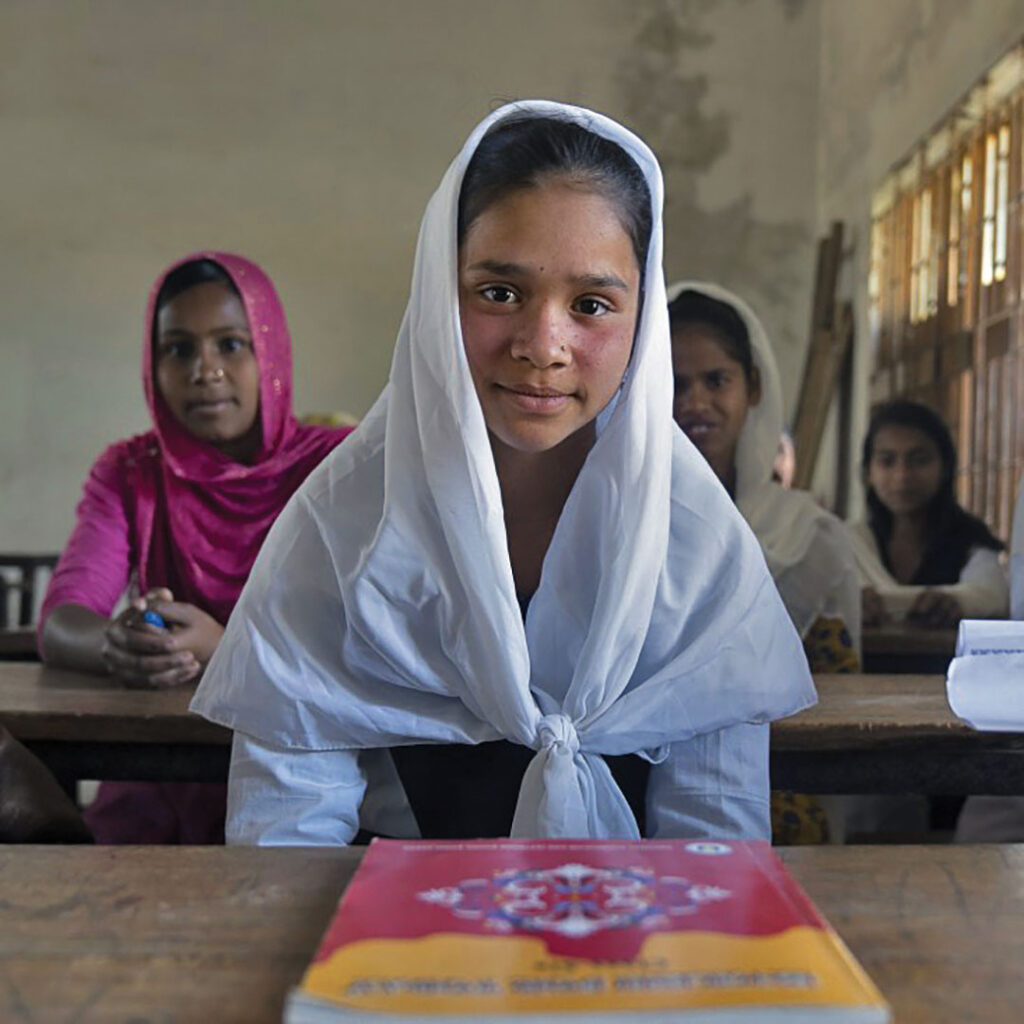 Enhancing security cooperation: The State Department will embed advisors in Fiji, Palau and the Solomon Islands to enhance security. In Fiji, a defense strategic policy and planning reform advisor will be embedded with the Fijian Ministry of Defence. In Palau, an advisor embedded at the Ministry of Justice’s Marine Law Enforcement Division will assist with operationalizing a new Maritime Law Center. In the Solomon Islands, an advisor embedded at the Ministry of Police and National Security’s Royal Solomon Islands Police Force will enhance maritime governance and security.

“The United States is and always will be an Indo-Pacific nation,” according to a November 2019 State Department report titled, “A Free and Open Indo-Pacific: Advancing a Shared Vision.” “We are committed to upholding a free and open Indo-Pacific in which all nations, large and small, are secure in their sovereignty and able to pursue economic growth consistent with international law and principles of fair competition. We will compete vigorously against attempts to limit the autonomy and freedom of choice of Indo-Pacific nations.”