The Cobra Gold 2020 military exercise focused on developing military and crisis management skills and reinforcing ties between Thailand and the United States. It was a special year for the annual exercise, with not only participation by the Royal Thai Armed Forces and U.S. Armed Forces responsible for the Indo-Pacific but also forces from other countries within the region. More than 9,600 Soldiers from 29 countries participated in the 39th iteration of the exercise, which ran from February 24 to March 6, 2020.

Besides being the largest Cobra Gold to date, the two-week exercise across Thailand was an extraordinary experience for military officers from developing countries. For this reason, I would like to provide my insights about the exercise, its role in transforming the Thai Armed Forces and its impact in the Indo-Pacific region. 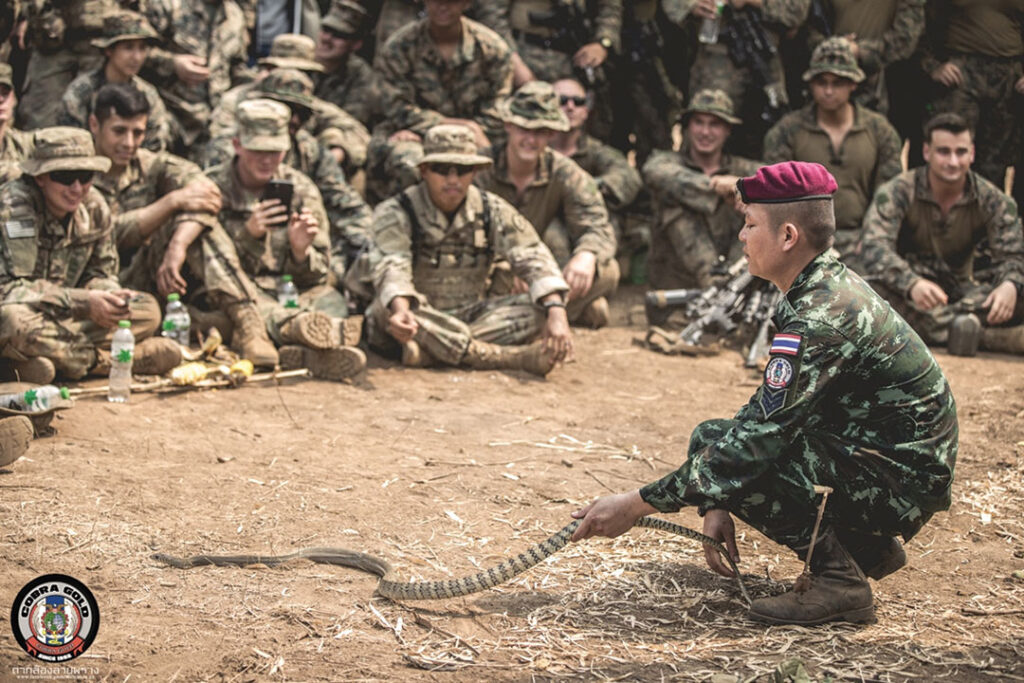 First and foremost, Cobra Gold exercises provide solid field experience in collaborative problem solving, leadership and cooperation for participating nations. Experience is our essence and ethos, and that’s what the Royal Thai Army gains most when we join a world-class cooperative exercise platform such as Cobra Gold 2020.

This exercise has tremendously encouraged constructive changes in our organization. Training exercises, rehearsals and lessons learned throughout Cobra Gold 2020 introduced us to new tactics and compelled us to overcome complex challenges in the Indo-Pacific region. The experience also helped us to be agile and reinvent ourselves by replicating and adapting to new military strategies, finding ways of doing things differently and better within our limitations, and seizing opportunities as we unfold our military capacity.

The relationship between the two host nations is mutually beneficial as U.S. Armed Forces have shared their expertise and access to world-class training exercises with personnel from different branches of the Thai military. For example, in a reconnaissance operation, I learned how important it is to restructure military units, modernize weapons systems and recruit highly qualified manpower instead of only measuring the size of a force. By applying such insights to the Thai forces, we can adapt, create an agile structure and reorganize to transform into a more effective organization.

It is imperative for the Thai military to have exercises like Cobra Gold where Thai Soldiers can take an in-depth look at how the U.S. military serves, get exposed to new ideas, approaches and analytic methodology tools, and then implement those lessons in the Thai Armed Forces.

As I have observed as an interpreter, Cobra Gold is a manifestation of how alliance cooperation between the United States and Thailand can be multilateralized. Indonesia, Japan, Malaysia, Singapore and South Korea also participated in the main drills in 2020. Most importantly, the exercise included the first multilateral iteration of a cyberspace field training exercise within the Cobra Gold exercises to prepare for one of the most dangerous threats in the future. 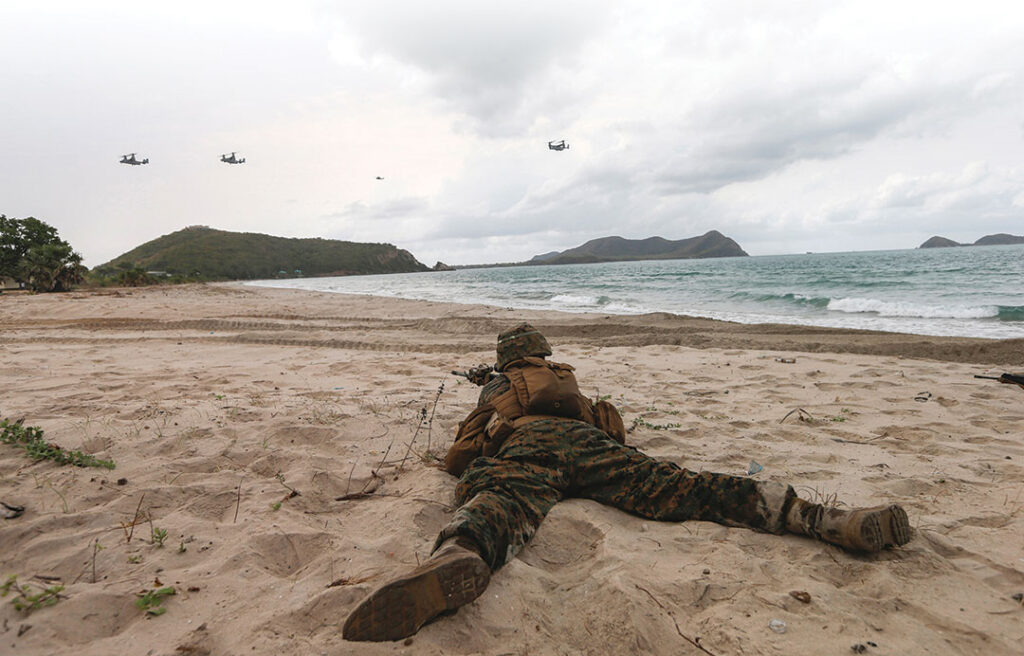 Cobra Gold has a long history with the U.S. military in the Indo-Pacific. Tens of thousands of alumni have served in the Thai and U.S. Armed Forces. Reflecting upon the experience, we have brought back a lot of specific tools and applied them to maximize the exercise’s value and benefits to improve our organization and overcome barriers of gender, culture and diversity.

As an interpreter, I came to realize that I was given numerous opportunities unavailable to previous generations of Thai officers. I met a female U.S. military officer and had the chance to discuss many topics during training sessions. She mentioned that the U.S. military had made major strides in incorporating women into its ranks, and she believes that it is more important to talk about the broader context of diversity. Not only is it about gender, I learned, but it is also about race, background and experience.

I witnessed that diversity makes the U.S. military a better force. It is indeed more important to talk about diversity in a more complete and larger scale. If we all share the same background, then a singular groupthink emerges. We should welcome different voices and meetings that encourage pushback rather than serve as echo chambers. We should strive for this so new ideas can emerge and flourish. Through my observations, I discovered that a leader sets the tone of training. I was amazed by the way the leaders communicated. 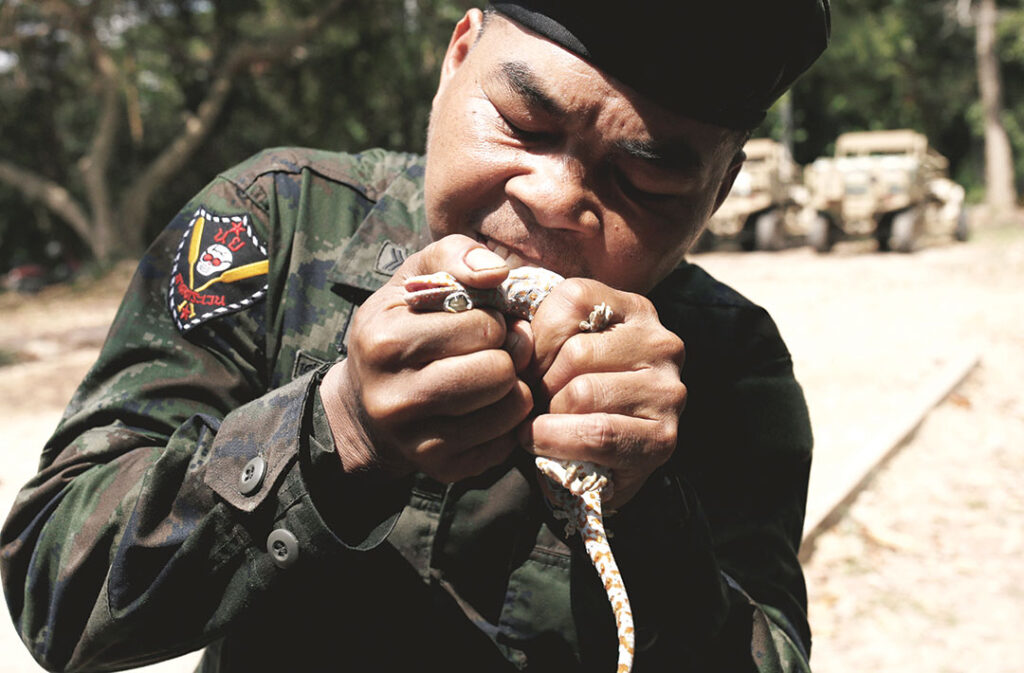 Several of my fellow officers also benefited from the exercise and had their own takeaways. “Reconstructing manpower structure is key,” Capt. Thawat Thuaprakon, an instructor and interpreter from Chulachomklao Royal Military Academy, told me. He believes that addressing the imbalance in the proportion of officers, noncommissioned officers and conscripts, implementing a reserved army and improving gender equality throughout the ranks will enhance Thai military performance, while attracting newcomers.

“Thinking outside the box is needed in problem solving,” added Capt. Songkla Paisansukhakul, an anti-aircraft artillery battery officer with the Royal Thai Army.

This is because in the military, as in many organizations, leaders usually solve problems using their past experiences and familiarity, which can lead to military-centric solutions. Paisansukhakul said more diversity in troops will improve critical-thinking skills by fostering a diverse understanding of better solutions. This will help transform our troops into an advanced military force, he told me. 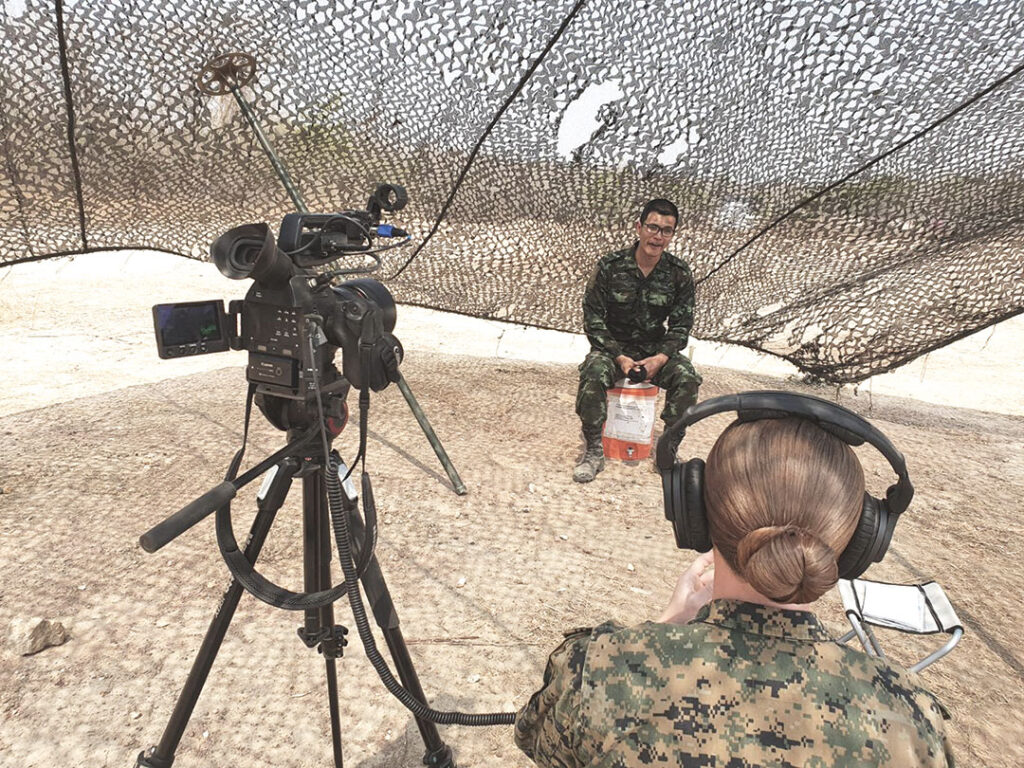 REFORMS FOR THE COMING GENERATION

The Cobra Gold experience provides a clear picture of how the Thai military can make structural changes by allowing Thai Soldiers to learn from the U.S. and other international forces. After many interviews with Thai and U.S. participants, I found the common view that we are all facing new challenges from different threats of the 21st century. We need to transform our military into a technology-intensive force structure, reducing unit size and conscript troop numbers, and modernize our defense systems.

As I observed in Cobra Gold, the training emphasizes a modern defense system in surveillance and reconnaissance. Instead of using the conventional ways that we often adopt technology, the training promotes using robotics and intelligence-enabled technology, based on transparency and accountability, especially in the procurement process.

“Professionally, Cobra Gold has equipped me with the tools to manage complex problems from various perspectives and come up with creative solutions,” said Maj. Piyawat Chayawatsrikul, an operation officer with 5th Anti-Aircraft Artillery Battalion, Royal Thai Army. “I know that I will leave here better able to make valuable contributions in my future assignments.”

I have followed the development of the U.S. military during the past decade and joined in the amazing experience of Cobra Gold. Military force modernization, individual unit reconfiguration and manpower restructuring are the key takeaways that I have gained from this training and that the Thai military could replicate and implement. Aside from that magnificent contribution, the relationship with the U.S. has also provided the Thai military with unique perspectives of the military from other countries through participation in this international training experience, which has helped bridge the cultural gap between the United States and Thailand — the United States’ oldest ally in the Indo-Pacific.