A burned-out hulk of a partner navy ship is towed across the Pacific Ocean from the U.S. back to its home port. The U.S. Navy conducts a replenishment at sea with a partner navy ship, providing it with fuel, ammunition, spare parts and food. A U.S. Air Force KC-10 refuels three allied aircraft at 30,000 feet. A partner nation experiences a serious earthquake that causes major damage and destruction and “hires” U.S. military aircraft to augment its own air force to provide disaster relief supplies and troop transportation. The U.S. Navy conducts a search and recovery operation afloat to search for a partner nation’s aircraft and pilot, both of which were lost at sea in an unknown location. The U.S. is exercising with a foreign partner in that country, and both parties combine their rental car requirements to obtain a volume discount, as well as to avoid competing against each other in the rental car marketplace, thereby driving up prices for both.

What do these diverse and seemingly unrelated situations have in common? They were all made possible by an Acquisition and Cross-Servicing Agreement (ACSA) between the U.S. and the partner nation with whom the goods and services were exchanged.

The ACSA is a bilateral agreement between the U.S. Department of Defense and a partner nation’s defense ministry. It provides the required statutory authority to U.S. military forces to engage in reciprocal mutual logistics support with those nations with whom the U.S. has the agreement. Through January 2019, the U.S. has established ACSAs with 119 nations and organizations worldwide, including the United Nations and 16 nations or entities in the Indo-Pacific. 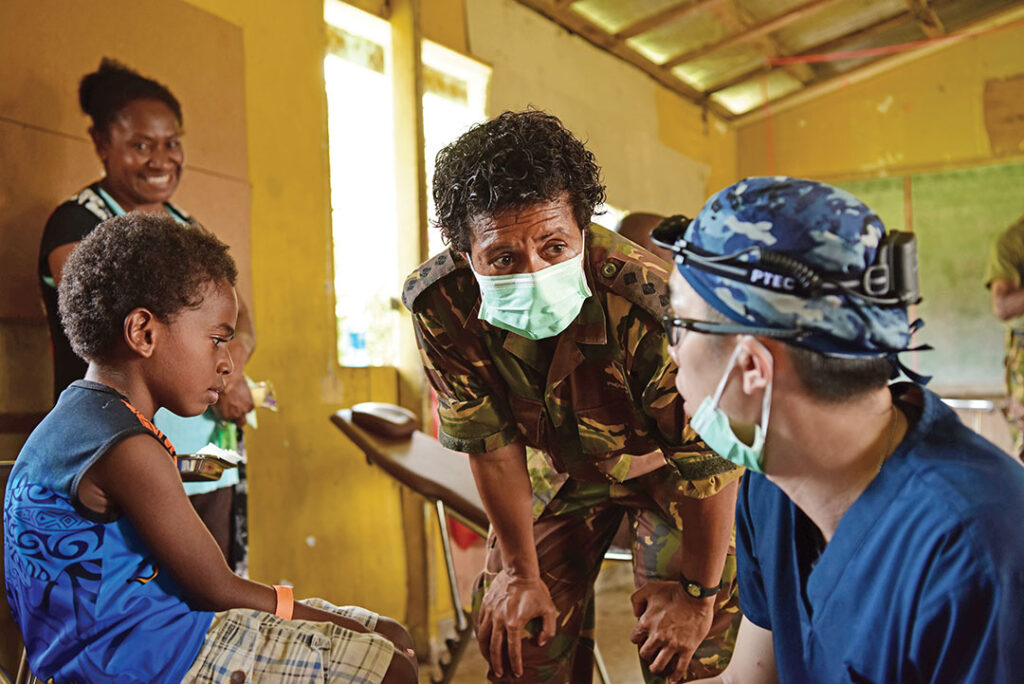 Without the existence of an ACSA, U.S. military forces have limited means to procure logistics support, supplies and services (LSSS) from partner nation militaries and governments. Generally, U.S. forces can provide LSSS to foreign partners only via the foreign military sales (FMS) program, which follows a detailed process more similar to deliberate action planning than crisis action planning. The FMS process is complex and thorough, but over time it proved to lack the flexibility to respond to emergent needs. FMS can provide major defense services and articles (MDSA), such as ships, fixed and rotary wing aircraft, precision guided munitions, rifles, torpedoes and artillery. And, significantly, FMS is a one-way street. While the U.S. can provide LSSS to an ally via FMS, it cannot acquire it from an ally under the program.

The desire to have the flexibility needed to address emergent requirements on a reciprocal basis resulted in the passage of the NATO Mutual Support Act in the 1970s, which eventually evolved into the current ACSA program. Unlike FMS, ACSA transactions prohibit the exchange of MDSA and are limited to a smaller universe of authorized items and services. However, even considering its limitations on what can be bought and sold, the ACSA provides an extensive range of items and services that U.S forces can both sell to, and procure from, partner nation military forces. This list includes such common items as food, water, clothing and billeting. Transportation to include airlift, petroleum, oils, lubricants, secure and nonsecure communication services, medical services and ammunition are authorized. Also covered are base operations support, storage services and facilities use, training services, spare parts, components, repair and maintenance services, calibration services and port services. Best of all, the exchange of all these types of LSSS may be done on a reciprocal basis.

In addition to the range of articles and services that can be exchanged anywhere in the world, the ACSA program has several highly attractive attributes that make it the preferred logistics support vehicle for U.S. and partner nation military forces. These advantages include: 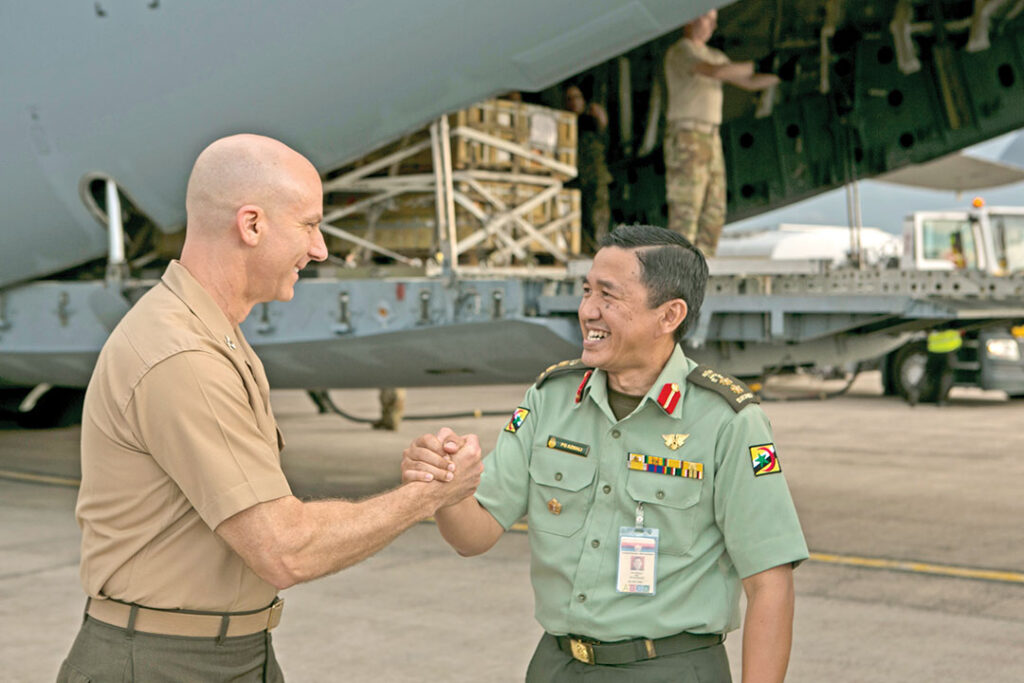 Almost all ACSA transactions can be accomplished using the mutually agreed upon one-page ACSA form, which is straightforward and easy to understand. It serves as both an ordering and receiving document and also doubles as an invoice, signaling to the receiving party that payment is due to the supplying party within 60 days. Since ACSA orders allow the receiving party to delay paying for the goods and services up to 60 days after an invoice is presented by the supplying party, the ACSA also serves a bit like an interest-free credit card. However, unlike a credit card, which allows the borrower to pay a minimum amount instead of the full amount, the ACSA requires full payment when due.

Unlike most purchasing arrangements that require cash transactions, the ACSA allows the supplying party to elect repayment by one of three methods:

The U.S. and its partners agree to charge each other the same prices that their own forces pay, with no markups or surcharges. In practice, this means that if the U.S. list price for a gallon of fuel is U.S. $3, the U.S. can only charge the partner U.S. $3. Under this construct, supplying parties neither make nor lose money on ACSA transactions, making those transactions revenue neutral.

Given that the ACSA allows a partner to purchase airlift, sealift, air refueling and replenishment at sea services from U.S. forces, the ACSA serves as a force multiplier for the partner military. In this usage, the term force multiplier is defined as something that allows a military force to either obtain a capability it does not possess or expand a capability it does possess without making a commensurate investment in personnel, equipment and infrastructure. In practical terms, a small partner nation need not procure airlift capable aircraft because that capability and several others can be procured from the U.S. using the ACSA. 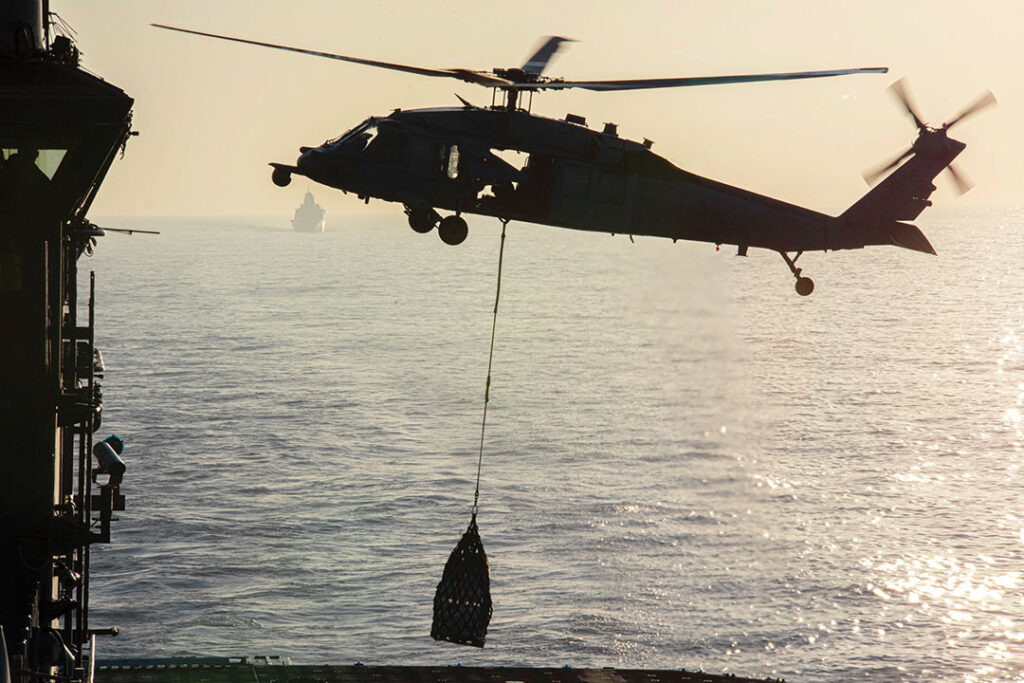 The final advantage of the ACSA is that although the agreement is of indefinite duration, meaning it has no expiration date, either party can cancel the agreement by providing six months’ written notice. This right of cancellation means that if either party becomes dissatisfied with the agreement, the party is free to cancel. Of note, of the approximately 115 nations and organizations with which the U.S. has concluded an ACSA, none has ever canceled.

Some nations are hesitant to conclude an ACSA with the U.S. because they assume the agreement is something that it is not. Simply put, the ACSA is a nine-page, legally binding international agreement that specifies under what circumstances and limitations the U.S. and partner nation military forces may provide mutual logistics support to one another. Contrary to some impressions, the ACSA is not a mutual defense treaty, status of forces agreement or visiting forces agreement. It does not bind or commit partner nations to U.S. wars, operations or exercises. The ACSA does not allow the stationing of U.S. troops, ships or aircraft in the partner nation, and it does not confer any right of entry into a partner nation’s land borders or territorial waters. The ACSA does not create a contractual obligation to provide logistics support, similar to what a procurement contract does, but the partners do agree to “make every effort” to fulfill support requests consistent with “national laws, regulations and policies.”

The process to enter into an ACSA with the U.S. is straightforward, but it does generally take 12-18 months to complete. It involves the U.S. Congress, the U.S. departments of State and Defense, the U.S. Joint Chiefs of Staff, as well as the U.S. Indo-Pacific Command (USINDOPACOM). The first step after all U.S. interagency approvals are obtained is for the U.S. Embassy to present the draft agreement to the respective foreign affairs ministry. Once a given country’s defense and foreign affairs ministries have had sufficient time to review the proposed agreement, USINDOPACOM sends a representative to the partner nation to explain the agreement in detail, answer questions concerning the ACSA, and conduct the ACSA negotiation. Although the U.S. makes every reasonable effort to accommodate partner requests, nations are encouraged to stay as close as possible to the language in the proposed text because any substantive changes to the language may result in delay, or disapproval of, the proposed ACSA agreement. However, partners are given sole authority to decide the following items: which logistics support, supplies and services they wish to exclude from ACSA transactions; who in their government has authority to conclude Implementing Arrangements (agreements that further amplify ACSA provisions for use in specific situations, such as air refueling or large volume fuels sales); and how they desire the ACSA to enter into force (become legally binding). Once the parties reach agreement on the text, and the same is coordinated with the U.S. departments of State and Defense, who must also approve the text language, the parties then identify the signatories, where and when the agreement will be signed, and what level of public affairs coverage is desired.

The advantages of concluding an ACSA are clear and significant, as summarized below:

Given all the benefits an ACSA provides, coupled with no disadvantages to either party and no expiration date, there is a compelling case to enter into this agreement. Should a nation be interested in concluding an ACSA with the U.S., or just learning more about this valuable security cooperation tool, the local U.S. defense attache or security cooperation officer can provide further details, as well as get the process started.