Time for a paradigm shift to address strategic competition

The definition of defense economics should no longer be confined to the idea of optimizing budget allocations among competing defense priorities. In an era of strategic competition, it’s time to move beyond a static framework that emphasizes choices within budget constraints. Like-minded nations should embrace a more expansive and dynamic conception, one that emphasizes the strategic alignment and leveraging of evolving economic relationships and strengths — while managing vulnerabilities — to establish competitive advantages over adversaries.

The subject hasn’t always been viewed solely through the lens of budget optimization. Looking back at World War I and World War II — and perhaps even the Cold War — a wider conception of defense economics was in play. While pure economic independence was rare, the degree of convergence and integration across economic, financial and technological flows rarely approached levels seen today. Even up to the third quarter of the 20th century, it was still reasonable to posit the existence of “national” economies as relatively discrete and independent entities, with varying levels of insulation against external developments. When economists discussed strategic competition, it made sense to think about things as nation pitted against nation, drawing primarily on national assets and strengths, in a systemic contest for pre-eminence. In this model, defense economics was all about the orchestration of national economic heft to overcome adversaries. 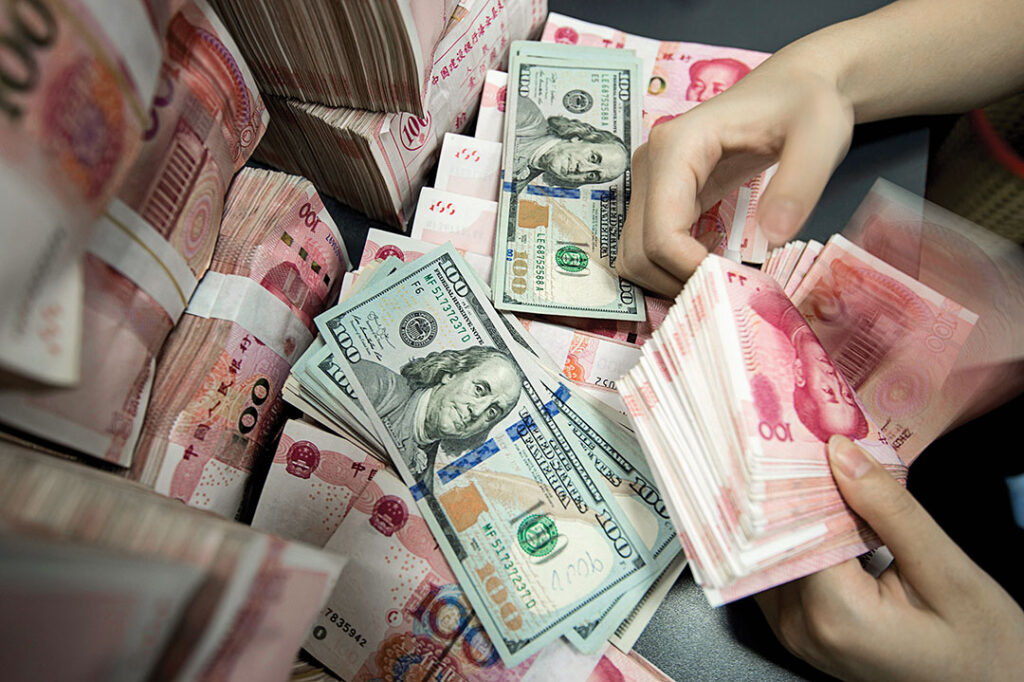 The end of the Cold War changed everything. In a unipolar moment, budget overseers lost sight of strategic competition and the role of the economy in it. Instead, as debates ensued around cashing in the peace dividend, the fiscal debates centered on the size of defense budgets. With increasing forays into international peacekeeping and other missions, the analyses around reorienting defense budgets to pursue these new missions grew in importance. In this setting, defense economics came to be increasingly understood as a field informing discussions at a macrolevel on budgetary decisions and the appropriate defense appropriation, but especially at a more microlevel, assisting in decisions regarding the management of defense budgets among competing priorities. The tragic events of 9/11 and subsequent war on terror further accentuated these trends. With these urgent and competing demands, what should the right level of defense spending be? And what is the right mix of spending on humanitarian missions, peacekeeping support, nation building, counterterrorism and a myriad of other requirements?

A different debate needed to occur following the end of the Cold War. The phenomenon of globalization was emerging, and the era was marked by rapidly escalating economic, financial and technological flows and the increasing exposure of national economies to external influences as layers of insulation were progressively stripped away. The Peterson Institute for International Economics defines globalization as the “growing interdependence of the world’s economies, cultures and populations, brought about by cross-border trade in goods and services, technology, and flows of investment, people and information.” At a more concrete level, consider big corporate names such as Apple, Amazon and Walmart.

Indeed, revolutions in technology, transportation and logistics were all rendering the notion of a national economy obsolete. If there was an opportune time to question what strategic competition — and as a corollary, defense economics — might look like in the future, this was probably it. How do nations strategically compete when their national economic power is increasingly acquiring a qualitatively different form? And how do they evolve the way they think of defense economics to marshal such power for decisive competitive advantage?

That opportunity was lost following the end of the Cold War, but the world now stands on the threshold of the Fourth Industrial Revolution, where what used to seem like futuristic technologies are now poised to revolutionize the way we live. Partners in the Indo-Pacific region and around the world are working to catch up, especially in light of the accelerating changes occurring in economic, financial and technological relationships. As partner nations turn their attention toward strategic competition, they should rethink the challenges ahead. As the prestigious British economist John Maynard Keynes once put it, “Practical men [and women] who believe themselves to be quite exempt from any intellectual influence are usually the slaves of some defunct economist.” 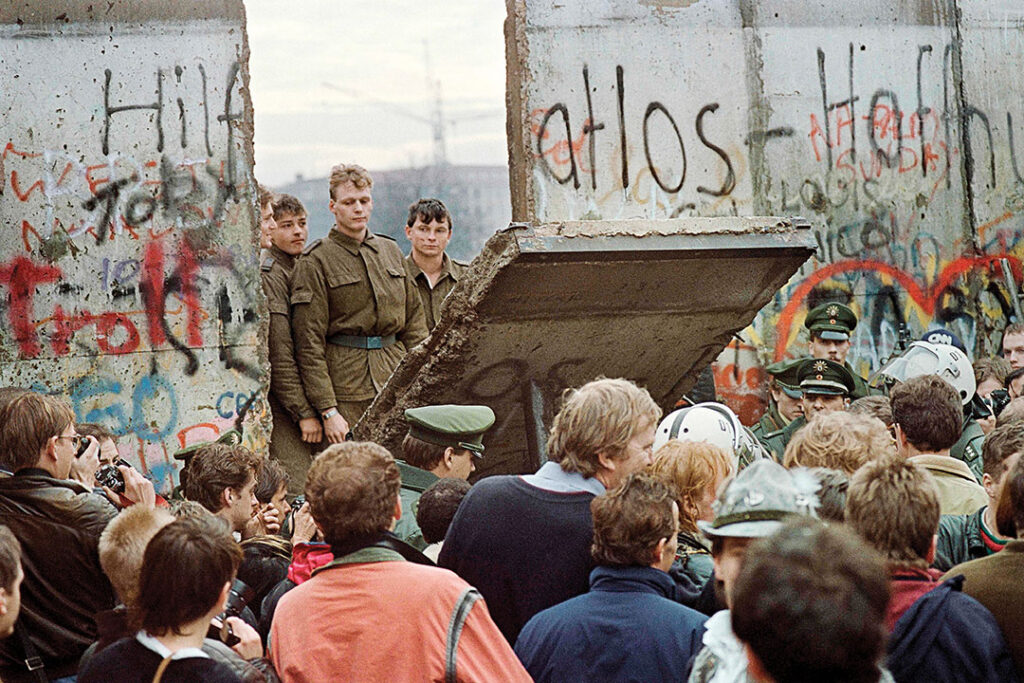 One of the greatest symbols of the end of the Cold War was the demolition of the Berlin Wall in Germany. The Cold War’s end also ushered in an era of strategic competition that connected the economies of countries that had been adversaries.

So, what might a reconfigured vision for defense economics look like? Perhaps World War II and the Cold War provide hints. For the United States, these two events came closest to representing an existential challenge. Answering those challenges requires an extraordinary effort in planning, coordination and mobilization to defend the nation. Guiding these efforts were important analytical frameworks that recognized the pivotal role of economic heft in conferring strategic advantage. It’s important to revisit those discussions, frameworks, concepts and broader modes of thinking that were purposefully directed toward marshaling that economic heft to create strategic advantage. 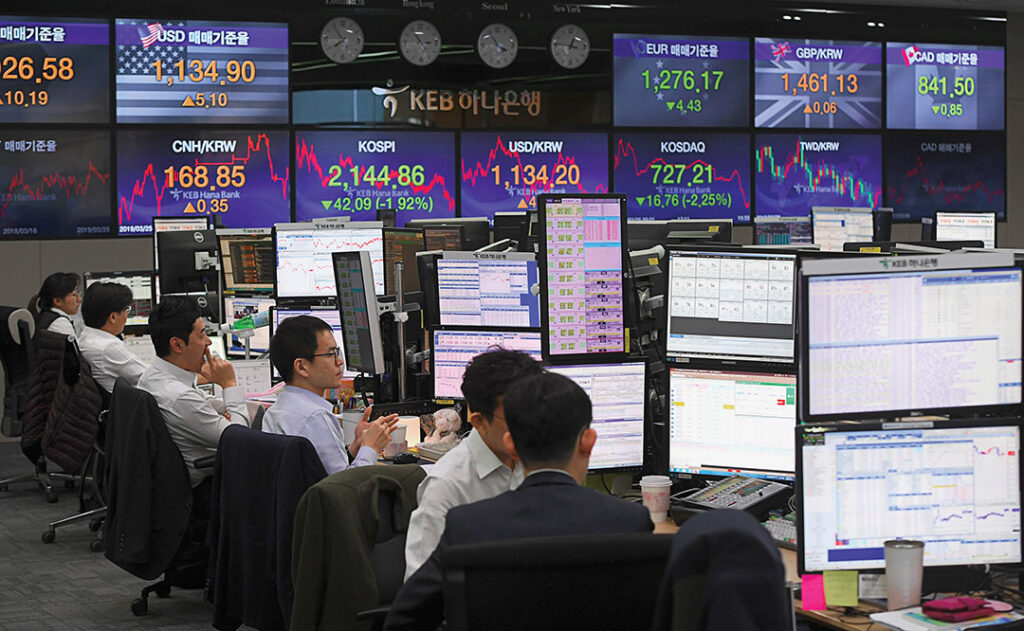 A trading room at KEB Hana Bank in Seoul, South Korea, shows the international links of the world’s economies.

Those discussions should happen with caution and an eye sensitive to the fact that these artifacts are not necessarily transferable to current challenges and future circumstances. The contexts, for instance, are entirely different. Economies — even among adversaries — are often deeply integrated as opposed to the greater insularity of the past. Bases of power have changed and are less centered on industry and more connected to technology and intellectual intangibles. Last, but not least, the fulcrum of economic power now rests less with states and more with an increasingly diverse cast of nonstate actors across entire economies. Indeed, this cast is rendered even more complex because it is international in nature, implying the essential task of working with allies and partners in this reconceptualization of defense economics. Now, keeping all of this in mind, how do partner nations string these things together, making the sum of these sectors, actors, strengths and capabilities greater than their whole to project decisive influence? This must be the challenge of defense economics.

This articulation of defense economics could make some feel uncomfortable. Doesn’t it sound suspiciously like a war-time, state-controlled economy? Aren’t we simply replicating the kind of command economy practiced by many adversaries? These reservations are well-founded and must play an important role going forward to provide balance. Partners and allies must uphold their liberal and democratic values in this redefinition, maintaining a commitment to the rule of law in national and international contexts. In so doing, this might be one of the more important contributions that a redefinition of defense economics could bring to the strategic competition. Conceptualized less as a tool of budgetary management and more as economic gravitas underpinned by liberal-democratic ideals, this view of defense economics offers a powerful point of differentiation to alternatives based on more brittle autocratic bases. As an instrument to marshal economic power for decisive advantage in our present strategic competition, a revitalized view of defense economics will play an integral role in contributing to the preservation of a Free and Open Indo-Pacific.

Dr. Alfred Oehlers is an economics professor at the Daniel K. Inouye Asia-Pacific Center for Security Studies who specializes in Southeast Asia and the Pacific islands.