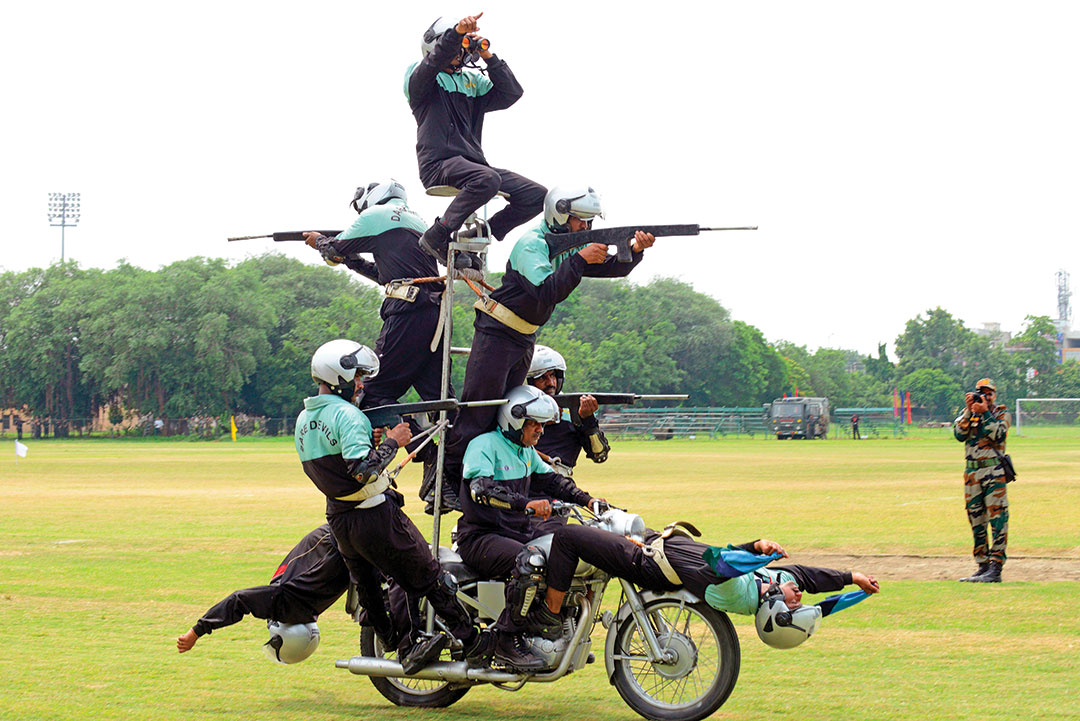 Members of the Indian Army’s motorcycle display team, known as the Dare Devils, participate in a dress rehearsal for Independence Day celebrations in Amritsar on August 13, 2019, two days before India’s 73rd anniversary of its independence from British rule. The Dare Devils, a volunteer combat support arm of the Army’s Corps of Signals, hold 24 world records, including the Guinness World Record for the largest human motorcycle pyramid of 304 riders and 13 bikes, according to The Economic Times newspaper website.