Military trainers stress skills with and without technology

Inside the classroom at the U.S. Naval Academy sit roughly two dozen midshipmen attending a mandatory course on celestial navigation.

“Raise your hand if you have ever determined your location on the planet using the stars,” instructor Lt. Daniel Stayton says to the class, according to NPR.

A young cadet timidly raises her hand. Another hesitates. The rest? They sit silently, unable to answer affirmatively to having ever used stars and sextants. “I mean, obviously I heard about using stars to navigate in the old days,” midshipman and class participant Audrey Channell told NPR, “but I never thought I’d be using it.”

Senior officers responsible for training the next generation of Sailors and Soldiers recognize the need to ensure troops can still accomplish the mission when there’s a technology glitch. After all, batteries die. Hackers succeed. Systems fail.

Army trainers from Japan, New Zealand and the United States probed this topic during the Land Forces of the Pacific (LANPAC) Symposium and Exposition in Hawaii in May 2019 on a panel titled “Effect of Force Modernization on Basic Soldiering Skills.” 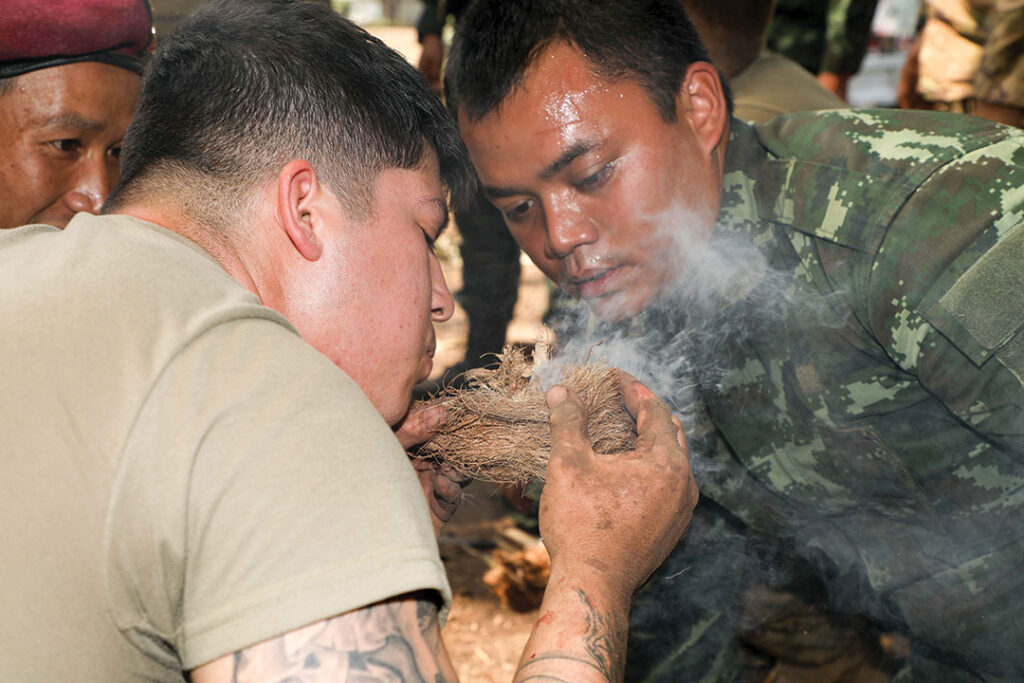 “When we modernize, modernization requires wholistic modernization. From training bases, to facilities to people skills. It can’t be just about the gadget,” U.S. Army Materiel Command Sgt. Maj. Rodger Mansker said at LANPAC.

“A materiel solution without the right Soldier is just another piece of equipment,” he said. “If you don’t know how to use it for its capability, then you might as well buy an old one.”

Modernization should enhance a Soldier’s mastery of fundamentals, the LANPAC panelists said. What constitutes fundamentals depends on the military branch, the unit, and often, the mission.

New Zealand Army Warrant Officer Class One Clive Douglas said the fundamentals for his military’s troops consist of trainings in discipline, leadership, communication, and shoot and kill crafts. “Those don’t change,” Douglas said at LANPAC. “How you integrate all of that into technology is what changes.”

Some new recruits with the Japan Ground Self-Defense Force (JGSDF) only train with rudimentary tools before ever integrating technology. JGSDF rangers, for example, use paper maps and compasses, not GPS, said Warrant Officer Susumu Takahashi.

“We educate basic map and compass land navigation capability without the use of GPS or assuming the GPS is not available,” Takahashi said at LANPAC. “Training this way also develops a better sense of direction and ingrains essential concepts like cardinal directions, maneuvering through woods or other various terrain. In subterranean facilities, in which many radios have problems maintaining connections, we verified the effectiveness of setting a lot of ad hoc relay points and using hard-line wires. Also, we sometimes rehearse hand-and-arm signals to maintain communication as alternative solutions.” 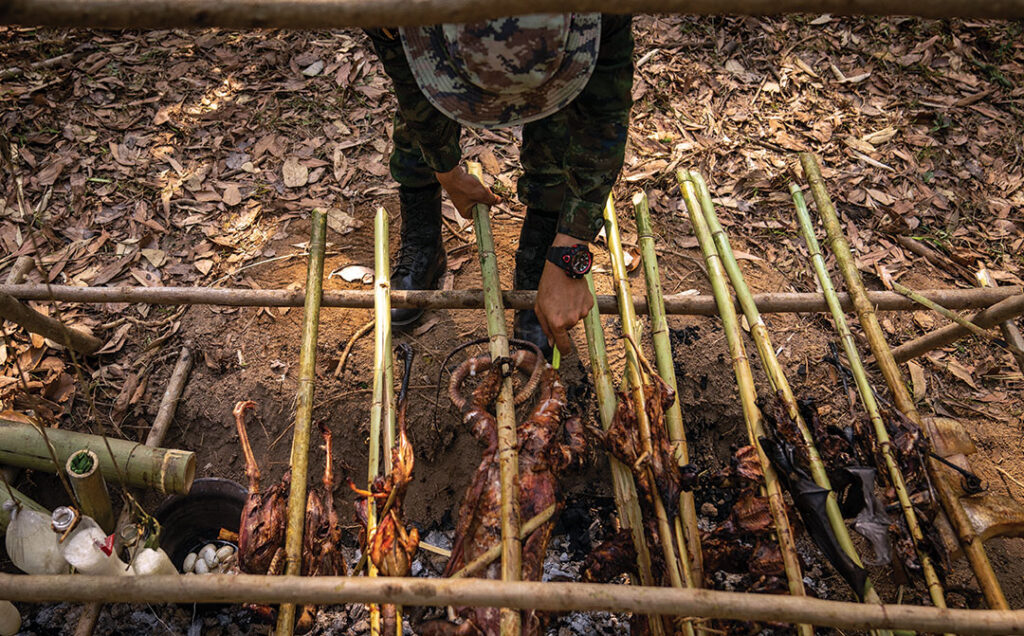 The JGSDF has what Takahashi called a “unique education system,” referring to an intensive instruction called “preparation course.”

Before entering a new educational course, JGSDF candidates must attend preparation courses at their home unit to receive repetitive and intense training on how to lead a squad or small group of Soldiers. Once trainees have developed their confidence and fundamental skills, they can enter a primary educational course.

“It has been 35 years since I enlisted in the JGSDF, and the core elements of the education have not changed,” Takahashi said. “It is significant for all NCOs [noncommissioned officers] and enlisted to master the basics and fundamentals of combat skills and knowledge to accomplish given tasks successfully. Accumulation of these repeated trainings would add up to make a big difference and become strength to be agile and intellectually prepared.”

When it comes to agility and adaptability, Indo-Pacific countries with fewer resources to afford the latest technology may find themselves at an advantage because many of them are adept at fundamental skills. Take, for example, countries where jungle warfare training is routine, like Thailand.

Thai Marines teach other militaries how to capture, kill and survive on animals they might encounter in a jungle. They also train Soldiers on which jungle plants and insects are edible should the need arise. The lively real-world scenario and constantly changing elements push Soldiers to lean further into their basic training skillset.

“You have to take every situation separately. Understand the concept of operations, each piece of it and why it’s important,” Mansker said. “Train differently depending on the relationship and the organization you’re supporting. If you know an organization’s strengths and weaknesses, you can adjust and adapt.”

That adjustment could include spending more time reviewing training in a particular area that a partner nation in an upcoming mission may not be as strong. Regardless of the situation, Mansker said, troops should train for the worst day of war and the best day of war. 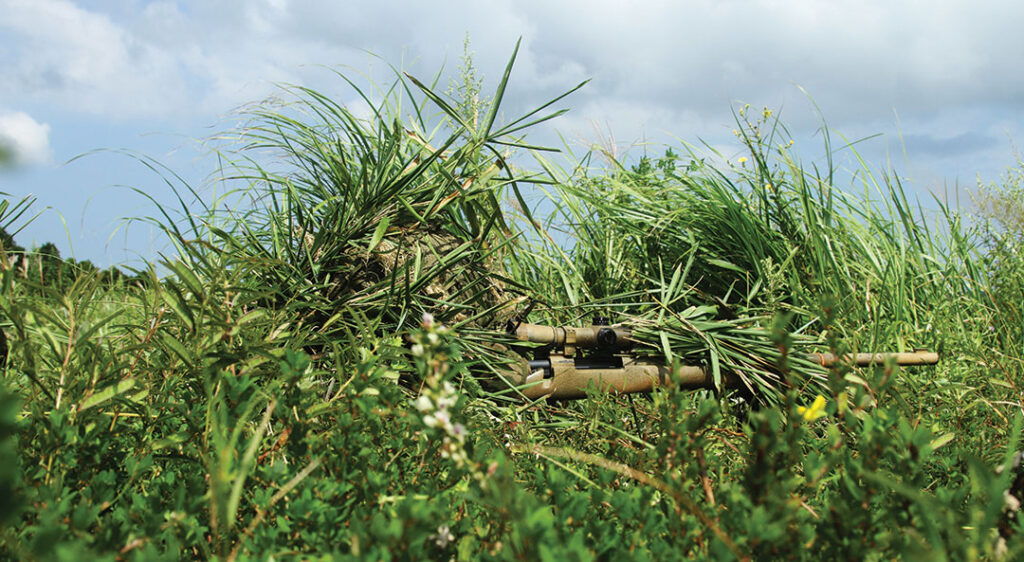 “It’s hard to train that way. It proves and helps us understand where our weaknesses are,” he said. “We should be able to [be] put in rain, snow, elevation, fog and adapt. We’ve come to a point where maybe we’re a little bit too game-ish and less training to the actual environment we’re going to face.”

Jungle warfare training in Thailand shocks the system of troops by thrusting them into an unpredictable and real-life training environment. The jungle terrains of Thailand add an element of noncombat ways a person can die, but Thai Marines have such skillful jungle warfare training that they pass on those skills during multinational exercises like Cobra Gold.

“The jungle itself provides a very dynamic environment in which not a lot of people are accustomed,” said Cpl. Caleb Buck, a U.S. Marine rappelling instructor at the Jungle Warfare Training Center in Okinawa, Japan. 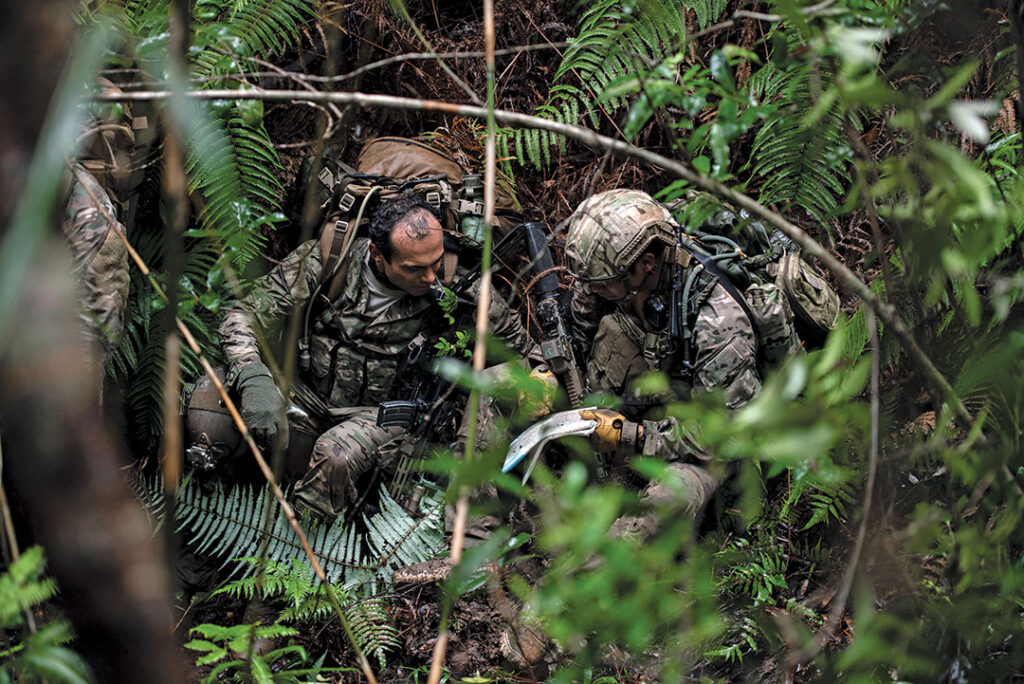 Through it all, LANPAC panelists said providing basic skills to new recruits requires a certain level of metered expectations and discernment when deciding how much time to spend on any given fundamental.

“Not everybody is trained to excellence on everything,” Mansker said, adding that to become a master at something, a person has to do it 10,000 times.

“So, when we talk about repetition and training to become a master, can you really become a master at 17 things when you are only going to do one?” Mansker continued. “This is where commander’s intent comes in. What is your purpose? Be a lot more directive and specific on the things you’re going to put the time and repetition to that you can do well. The repetition versus time spent on training has to go to the person who will execute it.”