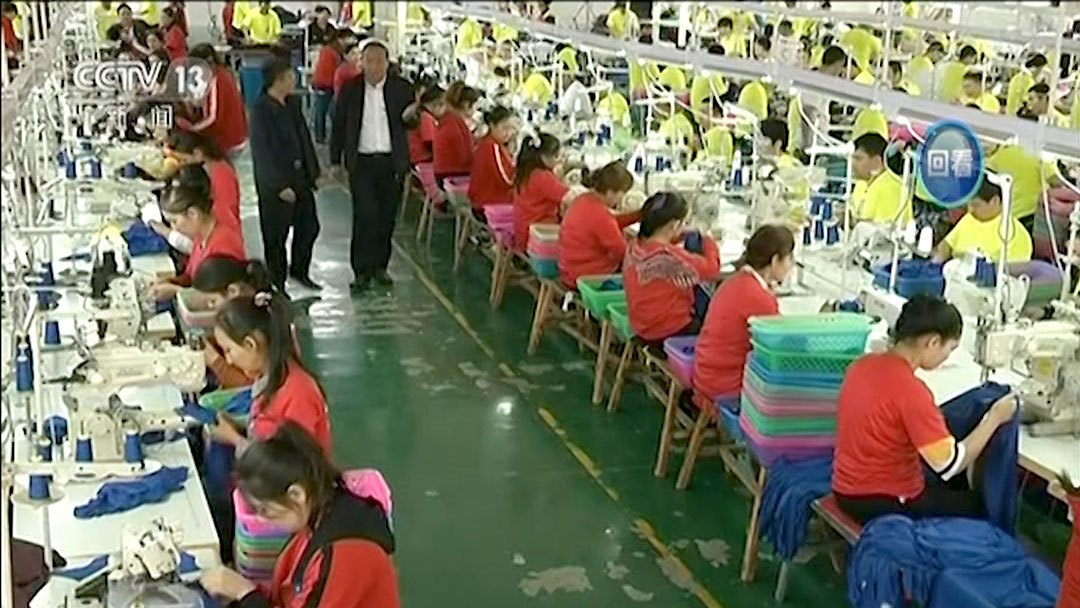 Authorities in the Xinjiang Uighur Autonomous Region (XUAR) are sending hundreds of ethnic Uighurs to other parts of China to work in factories affected by the novel coronavirus (COVID-19), drawing criticism from observers who say the move shows “Uighur lives don’t matter” in the country.

COVID-19 has brought production in China to a grinding halt as authorities enact nationwide quarantines and travel restrictions to slow the spread of the virus that had infected more than 82,000 people in 34 countries and several territories and caused at least 2,700 deaths by February 27, 2020, according to the World Health Organization.

While measures taken by the People’s Republic of China (PRC) to combat the virus grow ever stricter, official media reports in recent days suggest that the government in the XUAR has been forcing Uighurs to relocate to factories in the provinces of Hunan, Jiangsu, Jiangxi and Zhejiang, in what may be part of a bid to shore up output, despite the risks associated with potential infection. (Pictured: In this file image from undated video footage run by China’s CCTV via The Associated Press Video, Muslim trainees work in a garment factory at the Hotan Vocational Education and Training Center in Hotan, Xinjiang, in northwest China.)

Recent reports by the official Xinjiang Daily newspaper and Chinanews.com said that on February 22-23, 2020, “400 youths were transferred to the provinces of Hunan, Zhejiang and Jiangxi.”

Another report from the official Tianshan.net website said that at noon on February 27, 242 workers from the seat of Kashi prefecture, as well as Kashi’s Zepu, Yecheng and Yingjisha counties, flew from Kashi Airport to Changsha on a China Southern Airlines B787 aircraft.

According to the report, most of the workers were born after 1990 and were sent to Changsha to work for the Lansi Technology Co.

In a separate report, Tianshan.net said that on February 25, authorities in Hotan forced more than 30,000 workers to return to their jobs at 299 enterprises in the area, despite an ongoing quarantine.

Dolkun Isa, president of the Munich-based World Uighur Congress (WUC), said he found it “shocking” that Xinjiang’s government is forcing hundreds of Uighur workers to travel to other parts of China to work in factories “at a time when [Beijing has] quarantined millions of people, and companies have suspended production out of fear of coronavirus infection.”

“It is clear that the Chinese government is placing these Uighurs in harm’s way because Uighur lives don’t matter to China,” he said. “There is no guarantee that these Uighurs will come home alive. China must stop forcing Uighurs to go to the mainland and work as cheap labor under the threat of the coronavirus.”

Memet Imin, a Uighur medical researcher based in New York, said Uighurs represent an ideal workforce for companies in other parts of China that are struggling to meet their targets amid the outbreak.

“China is sending Uighurs because they have no means to oppose the authorities. They can be forced to work as cheap labor, and the companies that employ them won’t be held accountable, even if they get sick or die due to the coronavirus,” he said. “Because the situation Uighurs face is highly precarious, it would be rather easy for the Chinese government to explain away the death [of one of these workers] to their parents.”

Recent reporting by Radio Free Asia has found that many residents of the XUAR have been left without adequate food and supplies amid quarantines enforced by local officials to stop the spread of COVID-19 in the region, which as of February 27, 2020, has seen 76 infections that have led to two deaths.

In certain areas of the XUAR, such as the city of Atushi in Kezileisu Keerkezi autonomous prefecture, residents found to have left their homes without permission during quarantine face the threat of 15 days detention in the region’s network of internment camps, where as many as 1.8 million Uighurs and other Muslim minorities accused of harboring “strong religious views” and “politically incorrect” ideas are believed to have been held since April 2017.

Reporting by media outlets indicates that those in the camps are detained against their will and subjected to political indoctrination, routinely face rough treatment at the hands of their overseers, and endure poor diets and unhygienic conditions in the often overcrowded facilities that experts warned recently could lead to an epidemic.

A lack of transparency on the part of officials has been blamed for allowing the coronavirus to gain a solid foothold in Wuhan, in China’s Hubei province, leading authorities to shut down the city in January 2020.