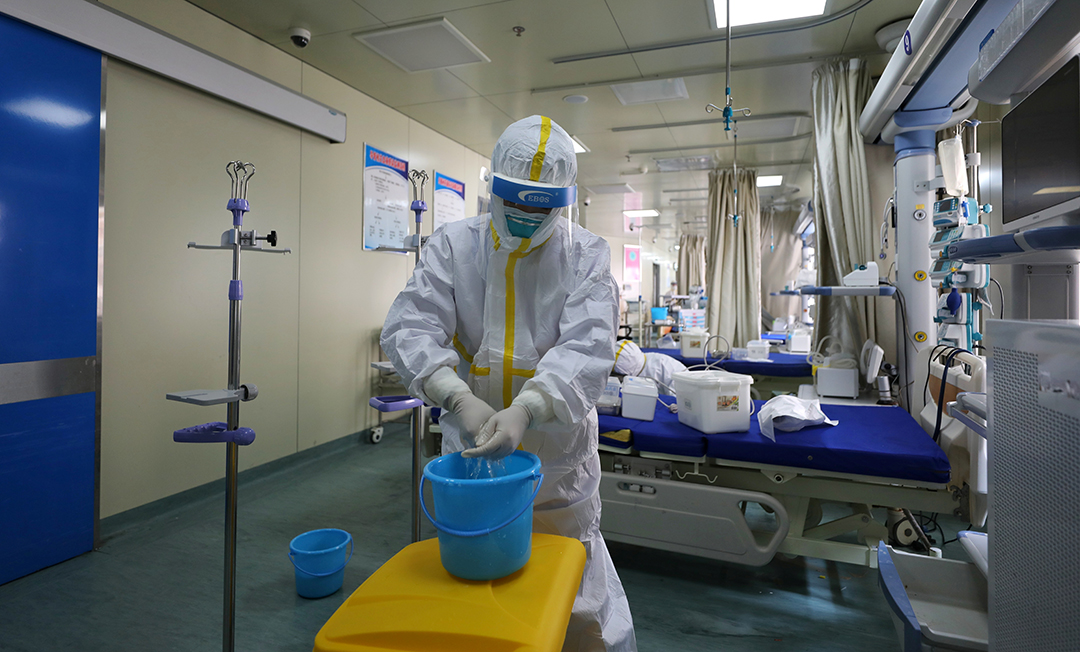 Many deadly pandemics have originated in China, besides the current coronavirus disease (COVID-19) pandemic, according to historians, biomedical researchers and epidemiologists.

Perhaps the most devastating pandemic to emerge from China was the plague or Black Death that ravaged Africa, Asia and Europe from 1346 to 1353, claiming between 75 and 200 million lives, scientists estimate. In fact, all three major waves of the plague that ravaged the world in the 6th, 14th and 19th centuries originated in China, a team of researchers, led by Mark Achtman of University of Cork in Ireland, reported in Nature Genetics journal in 2010. Scientists believe the plague, caused by the bacterium Yersinia pestis, most likely was transmitted between continents via fleas on rats aboard merchant ships, according to the World Health Organization.

Pandemics that started in China in the past 100 years or so include the flu epidemics of 1957 and most likely 1918 as well as the coronavirus outbreaks of 2002 and 2019, assorted experts report.

The pandemic of 1957-1959, dubbed the Asian flu because it emerged in China, killed 2 million people worldwide in a two-year period. The Asian flu, caused by the H2N2 subtype of the influenza A virus, began in Guizhou province in 1956 and spread to Singapore, Hong Kong and the United States, according to MPH Online, an independent online resource.

The 1918 influenza pandemic, which is often referred to as the “Spanish flu” because censorship during World War I limited its reporting elsewhere, may have originated in China the year before, according to some experts.

The 1918 pandemic was the deadliest of the century and one of the more deadly in history, killing 20 million to 50 million people globally. Some 500 million people, nearly 30% of the world’s population at the time, were infected, according to the U.S. Centers for Disease Control and Prevention (CDC).

Mark Humphries, a historian at the Memorial University of Newfoundland, reported in the War in History journal in January 2014 that the importation in 1918 of 96,000 Chinese laborers to work behind the British and French lines might have been the true origin of the pandemic, “as previously isolated populations came into contact with one another on the battlefields of Europe.” Many of the workers were transported to Europe by way of Canada, where at least 3,000 were documented en route to have a flu-like respiratory illness.

Chinese health officials identified a respiratory illness that hit northern China in November 2017 as being identical to the Spanish flu strain, which would explain the higher level of immunity among the Chinese population in 2018, Humphries reported. However, some Chinese researchers dispute these findings.

Leading scientists in China and internationally, however, generally agree that COVID-19 likely originated in wildlife, before spreading to humans, possibly through an open-air wholesale food market in Wuhan, according to The Wall Street Journal newspaper. Chinese officials reported that several of the first cluster of cases had ties to the market, which has since been closed, the vox.com website reported. An animal, such as a bat, civet or pangolin, likely transmitted the virus to a human there in December 2019, although genetic analyses are yet to confirm the exact species responsible. Dozens of people infected early in the current coronavirus outbreak worked in the live-animal market. (Pictured: A medical worker disinfects an intensive care unit ward in a Wuhan hospital on March 12, 2020).

When random mutations occur in viruses, new strains can result or viruses in an animal population can gain the ability to infect humans, which is suspected to have been the origin of many flu and coronavirus outbreaks historically.

Civet cats, which are mammals that resemble a weasel, and pangolins, which are scaly, ant-eating mammals, are considered delicacies in parts of China. Pangolin scales are also thought to have medicinal properties.

People’s Republic of China (PRC) officials from the Chinese Center for Disease Control and Prevention said on January 27, 2020, that they isolated COVID-19 in samples from the Wuhan market widely believed to be the source of the outbreak, CNN reported. “Nearly three dozen of the samples taken from the market contained the nucleic acid of the coronavirus, and 31 of those samples were collected from the section of the market dedicated to the sale of wild animals,” the Chinese Center for Disease Control said, CNN reported.

PRC’s National People’s Congress banned the trade and consumption of wild animals on February 24, 2020, to prevent viruses such as COVID-19 from jumping from animals to people and spreading disease, Xinhua News Agency reported. In late January, the PRC had previously suspended the animal markets. The wildlife-farming industry is valued at U.S. $74 billion annually in China, according to Business Insider, a financial news website.

“There has been a growing concern among people over the consumption of wild animals and the hidden dangers it brings to public health security since the novel coronavirus disease [COVID-19] outbreak,” Zhang Tiewei, a spokesman for the PRC’s National People’s Congress told Reuters on February 24, 2020. That was after the trade ban was announced, which came at a “critical moment for the epidemic prevention and control,” Zhang said.

Such markets have persisted in China despite disease and hygiene concerns because eating rare and expensive wild animals is considered a sign of wealth, Zhenzhong Si, postdoctoral fellow at the University of Waterloo, explained to NPR on January 22, 2020. Wild animals are also considered more natural and nutritious, Si said. Many practitioners of traditional Chinese medicine also promote their consumption for boosting the immune system, Si told NPR.

Researchers traced the coronavirus that caused the 2002-2003 severe acute respiratory syndrome (SARS) outbreak, which is also generally considered a pandemic, to civets in China as well, according to CNN. SARS was first identified in November 2002 in the Guangdong province of southern China. SARS infected 8,098 people in 26 countries worldwide and killed 774, according to the CDC.