Gen. Robert B. Brown, commanding general of U.S. Army Pacific, spoke with FORUM on the sidelines of Yama Sakura in December 2018. He talked about the importance of such exercises, multi-domain operations, Pacific Pathways 2.0, India’s growing regional influence and hypercompetition with China.

FORUM: How is this year’s Yama Sakura different from past iterations?

BROWN: Yama Sakura (YS) is a key exercise we do with one of our most important allies, Japan. When you look at the U.S.-Japan alliance, it’s really the cornerstone of security in the Indo-Pacific region. At YS, we can exercise at the highest level possible. This year, we’ve made it even more complex. We brought in some multi-domain operation aspects. We’ve brought in all the domains, not just land, air and sea, but cyber and space as well. You have to be ready for anything that might happen anywhere in the world, and you have allies for a reason. They’re your closest partners. You want to make sure that you develop those relationships before a crisis occurs. The good news is Yama Sakura is the best I’ve seen, and I participated over 20 years ago in YS.

FORUM: Explain the concept of multi-domain operations and how it relates to the Army.

BROWN: We have really the first new concept in quite a while because of how the world has changed, and that’s multi-domain operations, which is really an evolutionary process, with revolutionary potential. Air-land battle was very effective in the past, but some things have changed. We no longer have dominance in all domains or in any domains for a long period of time. Technology has adjusted things so those who will do us harm, in some ways, can move even faster than we can. Multi-domain operations present multiple dilemmas to your adversary and give you options, and you’re not as predictable. It requires maneuver in all domains. And maneuver is a movement of position to relative advantage. We’re seeing that even here in this exercise by leveraging multi-domain operations to keep the enemy off guard and to be successful. In this case, it’s the defense of Japan scenario, but it could be any scenario. You’re going to want to be less predictable, present multiple dilemmas to your enemy, and put them in the horns of the dilemma and make them make a decision, not you. 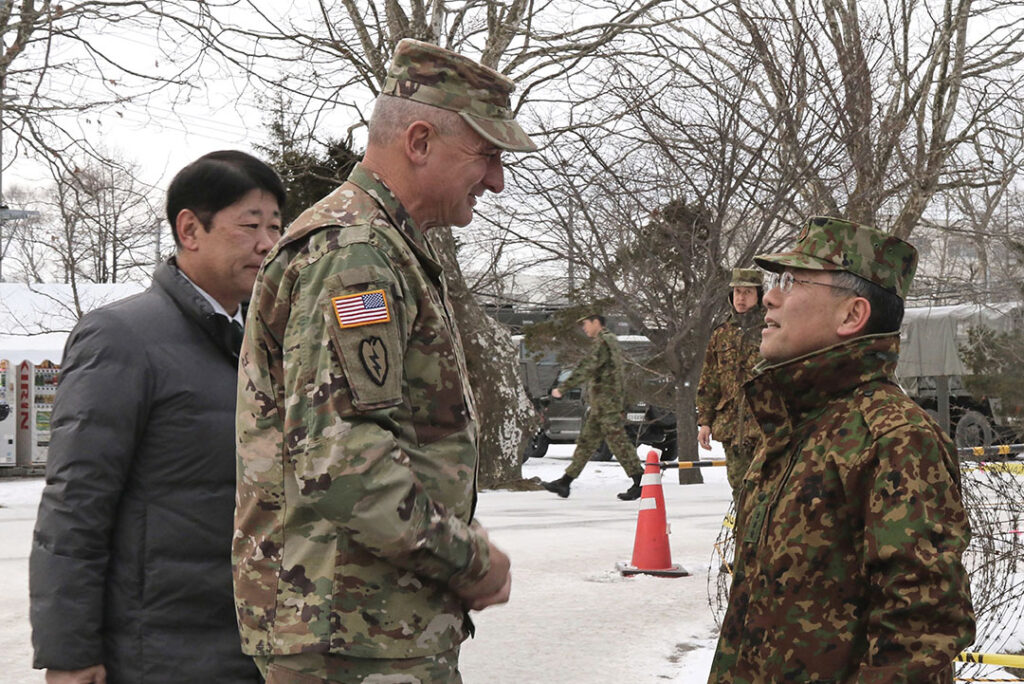 FORUM: Army rotations for Pacific Pathways will go to fewer rotations but stay longer to enable a greater understanding of how everyone works together. Talk to the benefits partner nations can expect to see from this change.

BROWN: Pacific Pathways started about five years ago, and it’s one of the most innovative and effective engagement programs we’ve had across the Pacific and really throughout the world. You can talk about being expeditionary, tailorable, scalable and getting to a conflict or a situation, but unless you practice it, it’s just talk. In Pacific Pathways, we’re practicing deploying the way we would for real. We really concentrated in the first five years going to three or four countries and practicing those principles. In the future, we’re looking at Pacific Pathways 2.0 and adjusting Pathways to stay longer in key nations to build stronger partnerships and alliances. We’re staying up to six months in some countries. That will enable us to really help that country with what they need as we work together. We always learn from them, and they learn from us. There’s some things we do better; there’s some things they do better. It will give us more time to build those alliances and partnerships. That’s a presence in the region that’s very important. If something should happen, the USINDOPACOM (U.S. Indo-Pacific Command) commander wants options. Pathways unit, a brigade minus being in a country, gives him options west of the international dateline, closer to whatever might happen in the Indo-Pacific region. It’s really an innovative program now moving into an even more innovative phase that will build key partners and alliances, which is a key part of our national defense strategy. 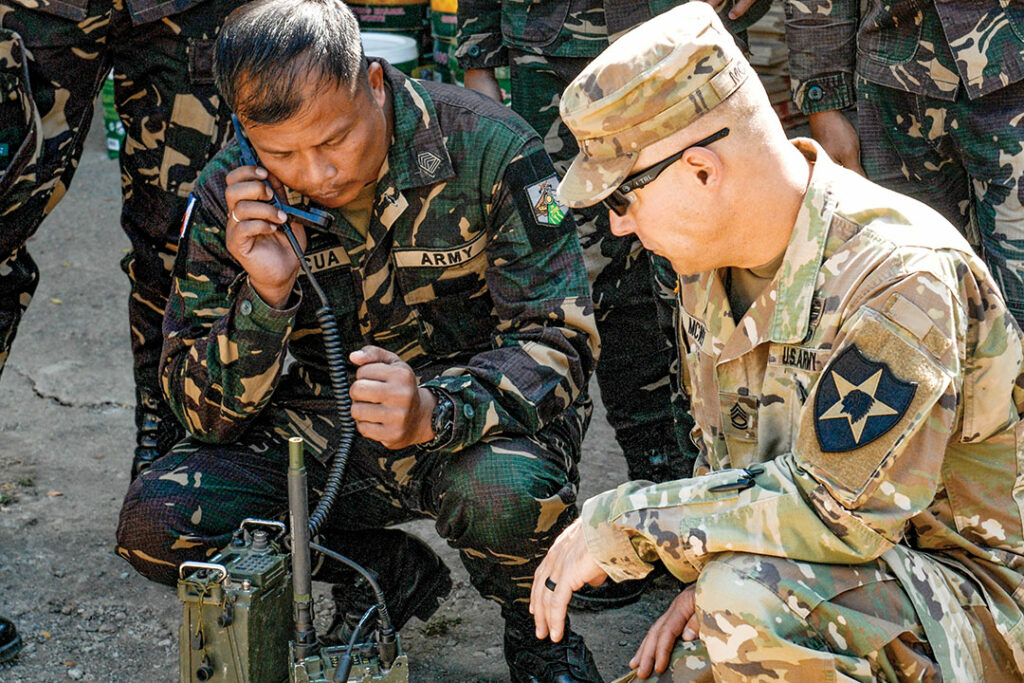 FORUM: The U.S. has worked more deliberately to include India in future partnerships. What can you say about the evolution of India’s role in the region and its partnership with the United States?

BROWN: The U.S. has seven alliances in the world. Five of those alliances are in the Pacific when you look at Japan, Korea, Philippines, Thailand, Australia. Alliances are critical, but also partners are critical. And emerging relationships. Our relationship with India continues to grow at a rapid pace. India is the largest democracy in the world. They have a huge impact on the region. One of the reasons Pacific Command changed to Indo-Pacific Command is the influence of India and the Indian Ocean on the region, where in some cases, we weren’t paying enough attention to it. We’ve leveraged a five-year plan to increase the complexity of exercises and to increase our engagement with India. India will be a key player in the Indo-Pacific region for many years to come. Working closer together and more multilateral is the way of the future. One thing that’s a huge advantage is when you have allies and partners, five or six nations helping to solve a problem, that’s a heck of a lot better than one. And it will help maintain a free and open Indo-Pacific for the benefit of all nations.

FORUM: You said in a recent interview that the U.S. was in hypercompetition with China, which has resulted in greater multilateral relationships that the U.S. is building. Please expound on that.

BROWN: I’ve been in the Pacific for over 30 years on different assignments at all different levels, from a junior officer to the level I am now. What I’ve seen is that we used to have what we called phase zero, where not much was happening, and that’s long gone. Now, it’s a competition constantly, and that’s in many areas. Economic competition. Certainly security competition. Many would call it a hypercompetition. You have to be able to compete, and allies and partners are key. Five of our seven alliances are in the Pacific, and we’re building additional partners and friends. When you tackle a tough problem, the more nations that are involved, the better off you’re going to be. We’ve seen that in disaster response. We’ve seen that in dealing with North Korea. An entire world, the United Nations, said stop this effort to have nuclear weapons. Multilateral, multinational is the future. In that competition phase, it’s really key that you get partners and friends to help you. Our goal is a free and open Indo-Pacific. It’s the fastest growing region in the world. It’s got the largest economies and incredible success from being based on an international rules-based order and a free and open Indo-Pacific that’s available to every nation — not one that benefits a few, but one that benefits all.