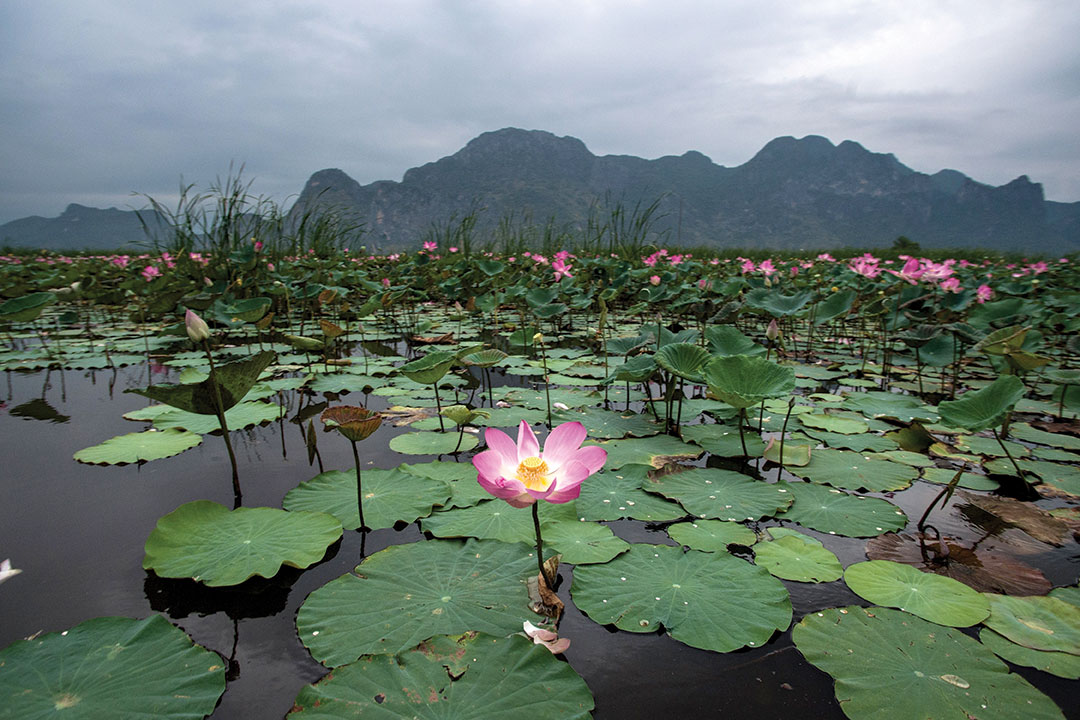 Photo and story by Agence France-Presse

For the first time in a decade, a Thai lake has given up its dazzling secret — the pink blooms of tens of thousands of lotuses.

The sea of color in Khao Sam Roi Yot national park, three hours south of Bangkok, is a show-stopping feat of nature that has locals hoping for a tourist bonanza. It also sparked warnings, however, over the fragility of the environment, with park rangers pleading with people not to visit until the lake was healthy enough to deal with an influx of tourists.

The flowers, considered sacred in Thai culture, are good news for locals who have been ferrying camera-toting visitors through the lotuses, which lie in knots on the lake’s vast waters.

“The national park is in the process of restoring the lotuses. When it comes to the right time, the park will open them up to the public,” said head ranger Rungroj Aswakultarin.

Rungroj’s caution is understandable. For the past decade, the park — a stunning jumble of lakes, tributaries and towering limestone karsts — saw no widespread lotus bloom. No one has been able to pinpoint exactly why. Officials blame a mixture of drought and pollution from fertilizers and nearby seafood farms.

In recent years, rangers have tried to clean up the park and in 2017 were rewarded with a sea of pink flowers.

Thailand struggles to balance its lucrative tourism industry with preserving the environment. Few countries have experienced the kind of stratospheric growth in tourism. In the past decade, the number of foreign arrivals has more than doubled from 13.8 million in 2006 to a record 32.5 million in 2016, growth partly powered by Chinese arrivals.

Those expecting to find the kind of pristine, untouched beaches in tourist brochures are often disappointed among hordes of visitors. In May 2017, some 61 national parks, including 25 marine parks, closed to visitors for the monsoon season, an annual move to try to help the parks recover. Some environmentalists have argued, however, that the most vulnerable ecosystems need to close for longer or face much stronger restrictions on visitor numbers.