Philippine President Rodrigo Duterte will discuss with Indonesia and Malaysia the possibility of creating a task force to combat Islamic State-inspired militancy, he said in early September 2017.

“We have agreed that we will talk, the three of us. We are just waiting for the right time,” he told reporters.

Asked what could be discussed, he said: “In all probability, it will be a joint … task force. And I will open my borders to the Malaysian authorities and Indonesian authorities. They’ll be given access.” 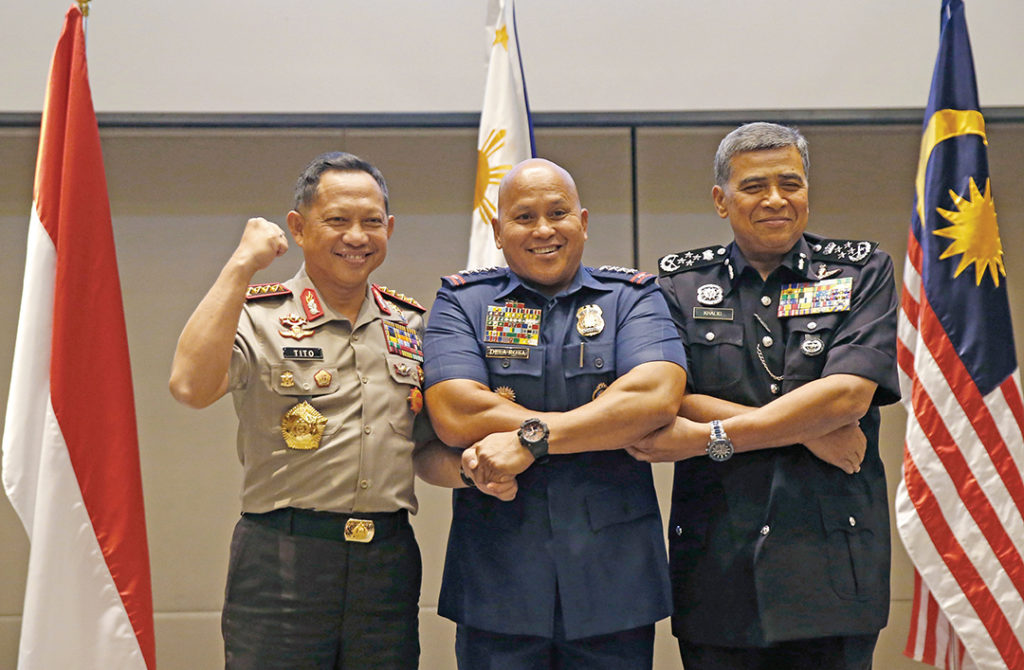 Southeast Asian nations have agreed to use spy planes and drones to stem the movement of militants across their borders, as concerns rise over the growing clout of the Islamic State in the region.

In June 2017, foreign ministers and defense officials of the three neighboring countries agreed to pool intelligence, track communications and crack down on the flow of arms, fighters and money.

Malaysian Foreign Minister Anifah Aman said in June 2017 that extremism needed an immediate response and constant engagement among the three countries that must be as a “cohesive unit.”

“This means our enforcement agencies must constantly engage with one another, not only in intelligence sharing but new active and innovative measures,” he said during the Trilateral Security Meeting in suburban Pasay city, southeast of Manila, Philippines.

Indonesia, Malaysia and the Philippines have also launched joint patrols to control militant movements across their archipelagic region. In November 2016, the Philippines agreed to allow Malaysia and Indonesia to carry out “hot pursuits” in its territorial waters to tackle kidnappings and piracy by Islamist Abu Sayyaf Group rebels.

Duterte indicated in September 2017 that the meeting with Widodo and Najib could take place after the siege of Marawi city in southern Philippines involving militants loyal to Islamic State was resolved.

In October 2017 the Armed Forces of the Philippines liberated Marawi, declaring an end to five months of fierce urban warfare and to the Philippines’ biggest security crisis in years. At that time, the death toll exceeded 1,100, including 920 militants and their leader, Isnilon Hapilon, a DNA analysis confirmed. 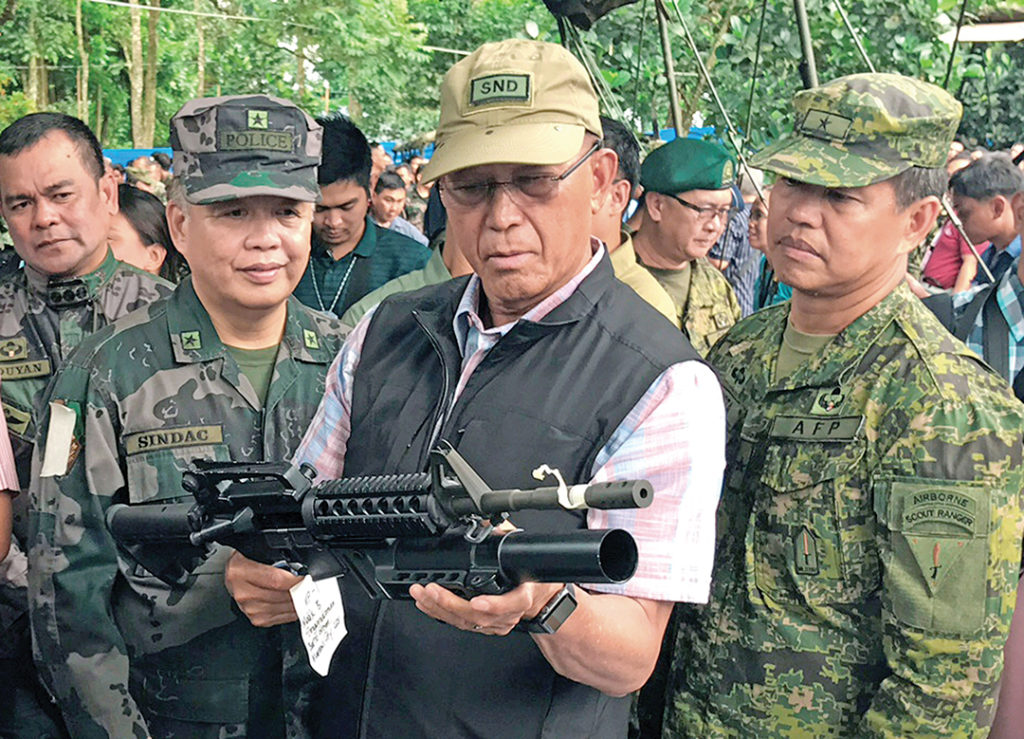 Philippine Defense Secretary Delfin Lorenzana, center, inspects a high-powered firearm seized from one of the various hideouts of Islamist militants during his visit at a military camp in Marawi city. [REUTERS]

Defense Secretary Delfin Lorenzana said in late October the military terminated combat operations after troops prevailed in the last stand against gunmen who held their positions inside several buildings in the heart of Marawi.

“There are no more militants in Marawi,” he told reporters on the sidelines of a meeting of regional defense ministers.

Military spokesman Maj. Gen. Restituto Padilla confirmed there was still gunfire in the city, but there were “no more terrorists” in Marawi. He did not elaborate.

The defense secretary later said that the military had crushed “the most serious attempt to export violent extremism and radicalism in the Philippines and in the region.”

“We have contributed to preventing its spread in Asia and gave our share to maintaining global peace, stability and security,” he added.