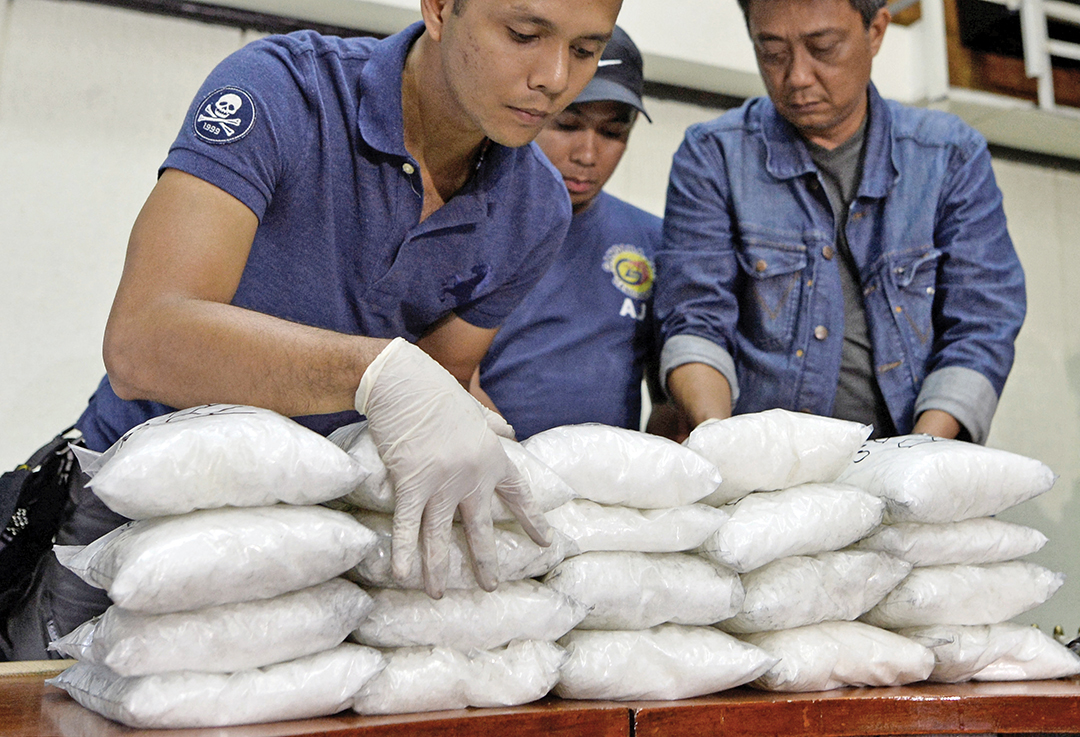 While the Indo-Asia-Pacific is home to more than 70 percent of the globe’s methamphetamine abusers, the problem affects people and economies the world over. The task of supplying chemicals to legitimate pharmaceutical and manufacturing industries provides an opportunity for these same products to be diverted for illicit use. While manufacturers and suppliers benefit financially from the increased demand, the illicit diversion fuels a growing methamphetamine epidemic.

A July 18, 2016, report from the U.S. China Economic and Security Review Commission shows China is the world’s largest chemical producer and exporter — shipping more than one-third of the world’s chemicals. More than 160,000 known manufacturers produce everything from the simplest of chemical compounds to complex active pharmaceutical ingredients.

The prioritization of profit over people has created danger in the supply chain, while fueling a profitable criminal enterprise. One common tactic used by criminals for masking the diversion of these chemicals is to mislabel shipping documents — creating a hazardous environment throughout the supply chain, putting everyone at risk from the truck drivers, to the dock workers, to the crew onboard the container ship.

To thwart diversion techniques, China has begun working with the international community in establishing working groups, creating drug tracking systems and strengthening precursor regulations. However, the problem continues due to a lack of enforcement, monitoring and regulation.  JIATF West