Indonesia is set to allow authorities to jail citizens for up to 15 years for coming home after joining militant groups abroad, lawmakers said in June 2017.

The tightening of anti-terrorism laws in the world’s largest Muslim-majority country comes as concern grows about the spread of influence of the Islamic State of Iraq and Syria (ISIS), and amid fears that ISIS wants a foothold in Southeast Asia as it loses territory in the Middle East.

“The new criminal code adopts the principle of universality, which means that wherever an Indonesian citizen commits a crime, they can be legally processed in Indonesia,” said lawmaker Arsul Sani, referring to terrorism. “They can face up to 15 years in prison,” he said.

The legislation was set to be approved in 2017, legislators said.

Law enforcement agencies have long complained of their inability to deal with people who have traveled abroad to join ISIS and then returned home. Authorities believe ISIS has thousands of sympathizers in Indonesia.

Hundreds of Indonesian men, women and children are thought to have traveled to Syria in recent years, and authorities believe about 400 Indonesians have joined ISIS. Dozens are believed to have returned to Southeast Asia. 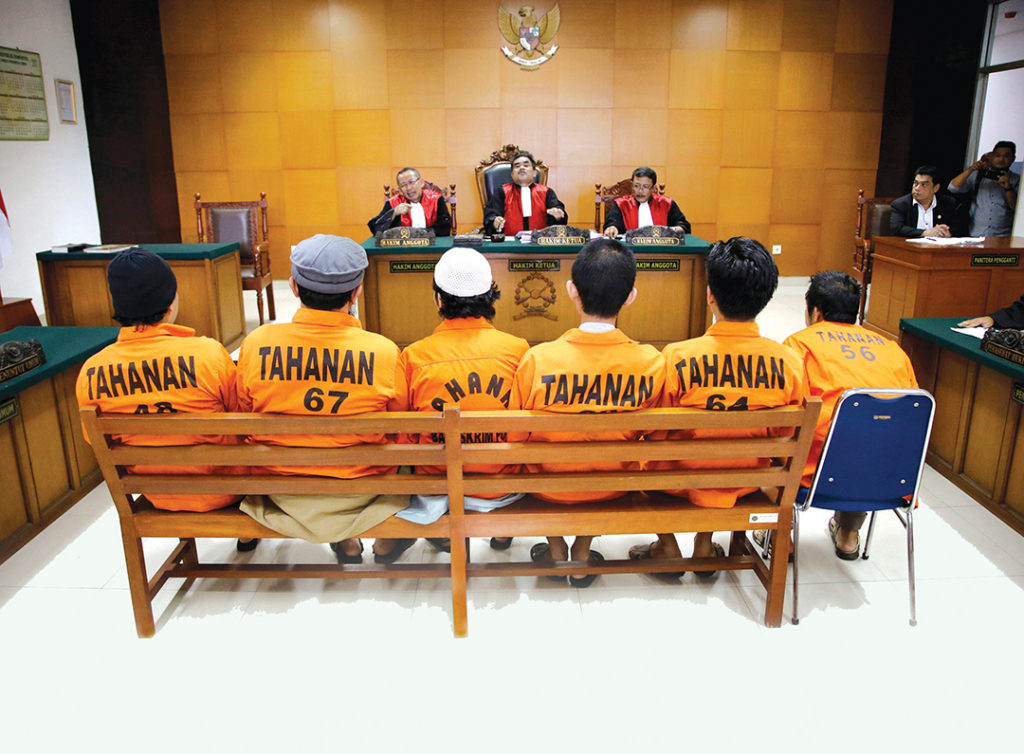 The region, with a population of about 600 million, has suffered occasional militant attacks over the years since the September 11, 2001, attacks on the United States.

In particular, the Philippines and Indonesia have seen attacks by militants claiming allegiance to al-Qaida, and more recently to ISIS.

Government forces in the predominantly Christian Philippines battled militants linked to ISIS in Mindanao in the Muslim-majority south for much of May through October 2017.

In Indonesia, a suicide bomb attack by ISIS-inspired militants at a bus station in May 2017 killed three police officers.

Indonesia’s tightening of its security laws is part of a revision that President Joko Widodo has urged to meet the new danger. Changes will broaden the definition of terrorism and give police powers to detain suspects without trial for a longer period of time.

Police will also be empowered to arrest people for hate speech or for spreading radical content, as well as those taking part in paramilitary training or joining proscribed groups.

National Police Chief Tito Karnavian said in June 2017 that security had been tightened that month ahead of the Eid al-Fitr festival that marks the end of the Muslim fasting month of Ramadan. He said 38 suspected militants had been detained.

Alarmed by the surge of violence in the southern Philippines, Indonesia, Malaysia and the Philippines launched joint air and sea patrols in mid-June 2017 to prevent militants from crossing their common borders.