Eyes On The Water 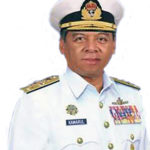 They came by motorboat — about 235 militants, some armed — from a Sulu archipelago in the southern Philippines with their sights on taking over part of Sabah, Malaysia, an area formerly known as North Borneo.

What is now referred to as the Lahad Datu standoff of 2013 exacted a heavy toll on the militants and Malaysian security forces. It also triggered a new way of thinking about how Malaysia should defend itself against terror threats from the sea.

The attempted takeover by the Royal Security Forces of the Sultanate of Sulu and North Borneo on February 11, 2013, caught Malaysia and the Philippines by surprise, according to an analysis by the Center for Strategic and International Studies, a Washington, D.C., think tank. It also led to an innovative solution by the Malaysian military — the creation of fixed and mobile sea bases to stop threats before they reach shore.

Adm. Kamarulzaman Ahmad Badaruddin, chief of the Royal Malaysian Navy, told FORUM, “If  you’ve got a situation or any challenge, you have to look at all of these challenges and turn them into opportunities. This is a very innovative approach to addressing some of the capability gaps.”

The invasion that triggered the sea basing project started when Jamalul Kiram III, one of the claimants to the throne of the Sulu sultanate, tried to assert an unresolved territorial claim of the Philippines to eastern Sabah in Malaysia. 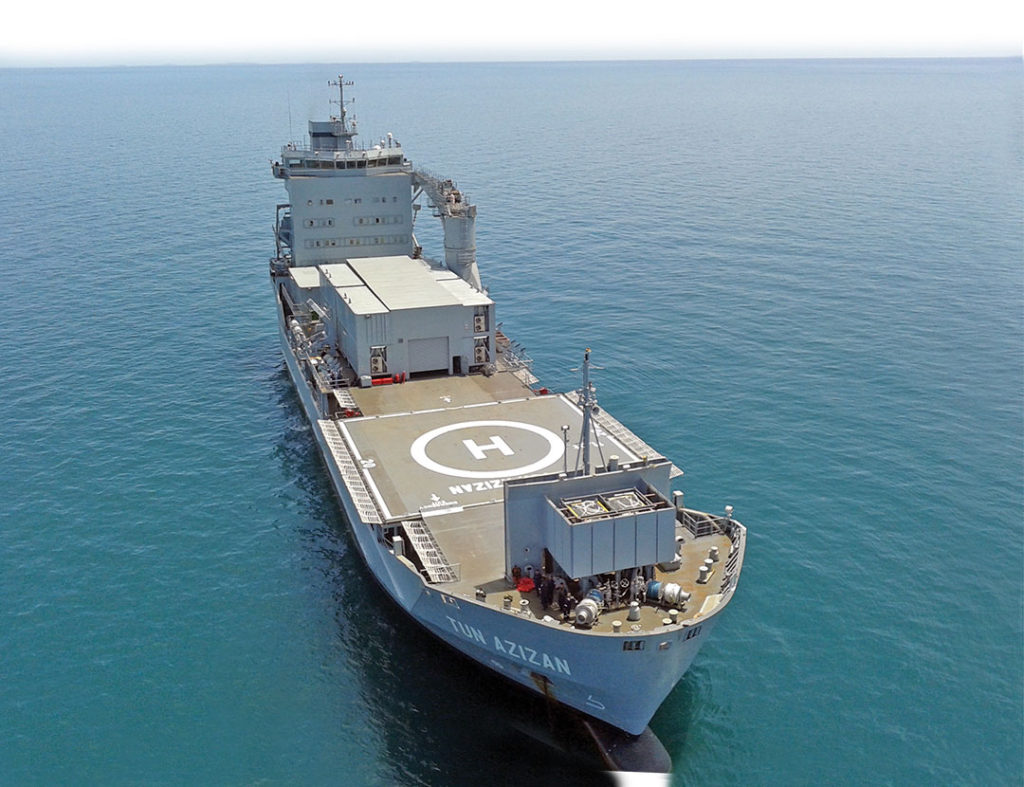 Security threats today are more multifaceted than they were in the days of the Lahad Datu standoff.

Kamarulzaman explained that the influence of the Islamic State of Iraq and Syria (ISIS) has spread throughout the southern Philippines, inspiring organizations that include the Abu Sayyaf Group (ASG), Bangsamoro Islamic Freedom Fighters and the Raja Solaiman Movement to threaten the region’s security and to operate off Malaysia’s coasts.

ASG fighters, who have engaged in numerous kidnappings for ransom in the waters east of Malaysia, have pledged their allegiance to ISIS, Kamarulzaman noted. “That brings the terrorism factor into the domain, and something we have to be very concerned about,” he said.

In addition to the creation of sea bases, Malaysia is working with Indonesia and the Philippines on coordinated sea patrols. “They [ASG] are using any opportunity to kidnap for ransom,” he said, “but we have a high level of confidence and trust between the nations. The discussions are occurring at the highest levels to figure out how to operationalize this concept.’’

As for stationing military personnel in the water as a first line of defense, the admiral said a public-private partnership was formed with the Malaysian oil giant Petronas, which funded the project.

The sea bases have surprising capacity. One mobile sea base — the converted cargo ship Tun Azizan, for example — can accommodate 99 crew and has sleeping quarters, a laundry room, food storage, a communications room, power generation, a freshwater drinking supply and room for military equipment.

The radar-equipped sea bases have multiple functions, according to documents supplied by the Royal Malaysian Navy.

Petronas and one of its subsidiaries, the Malaysia International Shipping Corp. (MISC), funded the retrofitting of the cargo ships and oil rig and the staffing of the sea bases. Crews on the converted container ships are from the shipping company. They receive training from the military and become auxiliary crews of the Royal Malaysian Navy, Kamarulzaman said.

He said the investments yield dividends for the companies. First, Petronas and MISC have an interest in protecting their investments — ships and oil rigs — and the sea bases safeguard those. There is also an added personnel benefit, he said.

“They realize over time that their crews become more disciplined” with uniforms and military training, he said. “They become more patriotic because they feel like they are contributing to national security.”

The companies contribute to the welfare of their businesses, the admiral added, and Malaysia gets a work force “free of charge.”

The bases aren’t exclusively used by the military, however. They can be accessed by marine police, customs officials and the Malaysian Maritime Enforcement Agency, for example. “This [sea basing concept] brings people together,” the admiral said. “It breaks barriers, breaks silos. It’s very exciting, and we are happy with the outcome.”

Perhaps the biggest benefit is improved response time. “We need to respond more quickly to threats,” the admiral said. 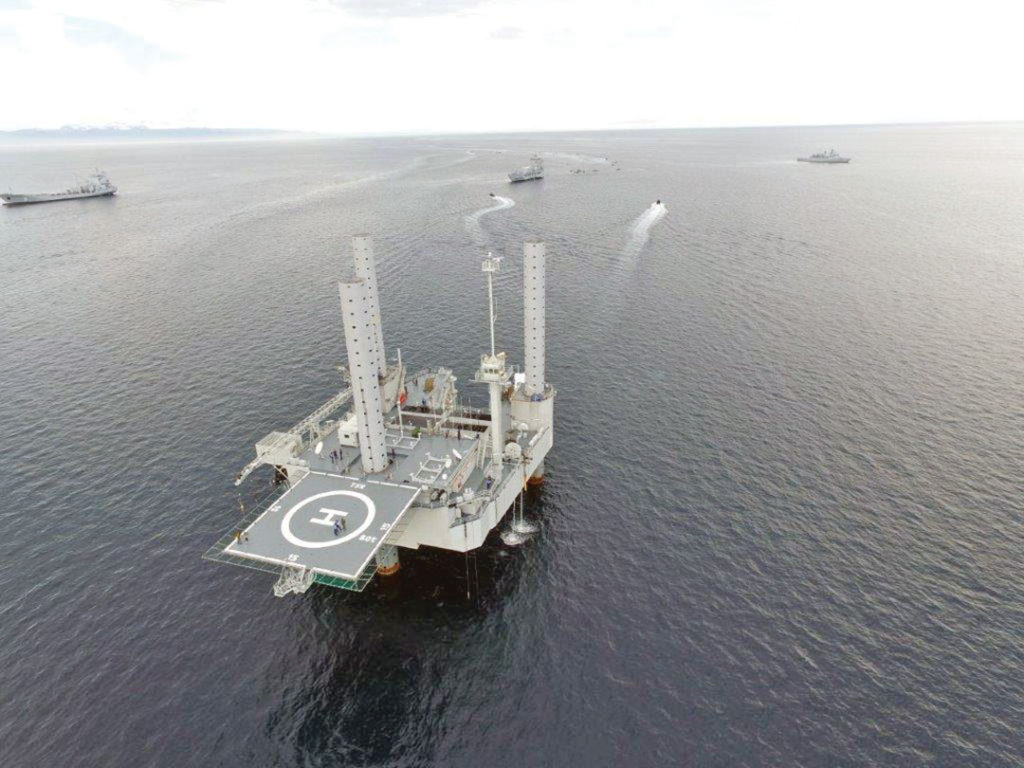 This decommissioned oil rig was converted into a fixed sea base capable of launching boats and helicopters. The Malaysian oil giant Petronas donated the rig and funded the conversion. [ROYAL MALAYSIAN NAVY]

While Malaysia’s privately funded sea bases have blazed new frontiers in modern military planning, the concept of creating bases at sea is more than a century old.

In a report published by the U.S. Naval War College in 2011, retired U.S. Navy Capt. Sam J. Tangredi wrote that U.S. forces have been using sea bases since the Navy became a global force at the turn of the last century. “The World War II ‘fleet train’ [auxiliaries, oilers and supply ships that replenished the combatant ships at sea] that provided the U.S. battle fleet with such unprecedented range and freedom of action” could be considered sea bases, since they allowed the fleet to resupply at sea or in isolated anchorages, wrote Tangredi, who at the time was regional director of the consulting firm Strategic Insight Ltd.

The U.S. military has long used surface ships for resupply and to support aircraft and strike systems, such as Tomahawk cruise missile systems.

What’s new in Malaysia is that the country enlisted a private company to pay for and staff the bases and that the bases weren’t originally created for that purpose. Defense Minister Datuk Seri Hishamuddin Tun Hussein said in a report published by the Daily Express newspaper in Malaysia that other countries could potentially replicate his model.

“We used assets which are no longer in use, such as the Petronas’ unused platform and upgraded by Petronas,” he told the Daily Express. “The cost to build and repair was borne by the company. The implementation of the sea basing is an out-of-the-box approach, a fruit of my own initiative, and it was the first such approach in the world, which is now a model of defense for other countries.”

Kamarulzaman said other countries have inquired about how Malaysia established its sea bases. It helps, he said, to have such a well-funded partner. Petronas, for example, was established in 1974 and is ranked among the largest corporations in the world by Fortune magazine.

“We are pushing people to work together,” he said. “There has been a lot of interest about how we are doing this.”

The sea bases are part of a broader security apparatus called the Eastern Sabah Security Command, which was established in March 2013 after the Lahad Datu standoff.

The strengthening of security forces on and off the eastern coast of Malaysia has already paid dividends. On December 5, 2016, security forces killed three alleged kidnappers and arrested two others in a shootout near Palau Gaya, Semporna.

The prime minister attributed the killings and captures to tactical shifts and to his country’s beefed-up commitment to protecting the residents of eastern Sabah. “We hope this will serve as a warning that we are very serious and will use every means possible to safeguard the people in Sabah, particularly in the east coast,” Prime Minister Najib Razak said, according to freemalaysiatoday.com.