India and the United States have agreed to boost counterterrorism cooperation by expanding intelligence sharing about known or suspected extremists and terrorist threats.

Speaking after the conclusion of the second U.S.-India strategic dialogue in New Delhi on August 30, 2016, then-U.S. Secretary of State John Kerry and Indian Foreign Minister Sushma Swaraj said the two countries also renewed their commitment to track down and prosecute perpetrators of several terrorist attacks on Indian soil. Those attacks include the 2008 strike in Mumbai that killed 172 people and a January 2016 attack on the Pathankot Air Force base. India has blamed Pakistan-linked groups for the attacks.

Swaraj, speaking at a joint news conference with Kerry as well as then-U.S. Commerce Secretary Penny Pritzker and her Indian counterpart, said the two sides had agreed on the “urgent necessity for Pakistan to disable safe havens and terrorist networks” and on the need for “Pakistan to do more to bring the perpetrators of [the two attacks] to justice quickly.”

She said she and Kerry had had a “meeting of the minds” on cross-border extremism that India and its neighbors face from militants in Pakistan. “We both agreed that nations must not maintain double standards, such as the categorization of good and bad terrorists, nor must they act as safe havens,” she said. 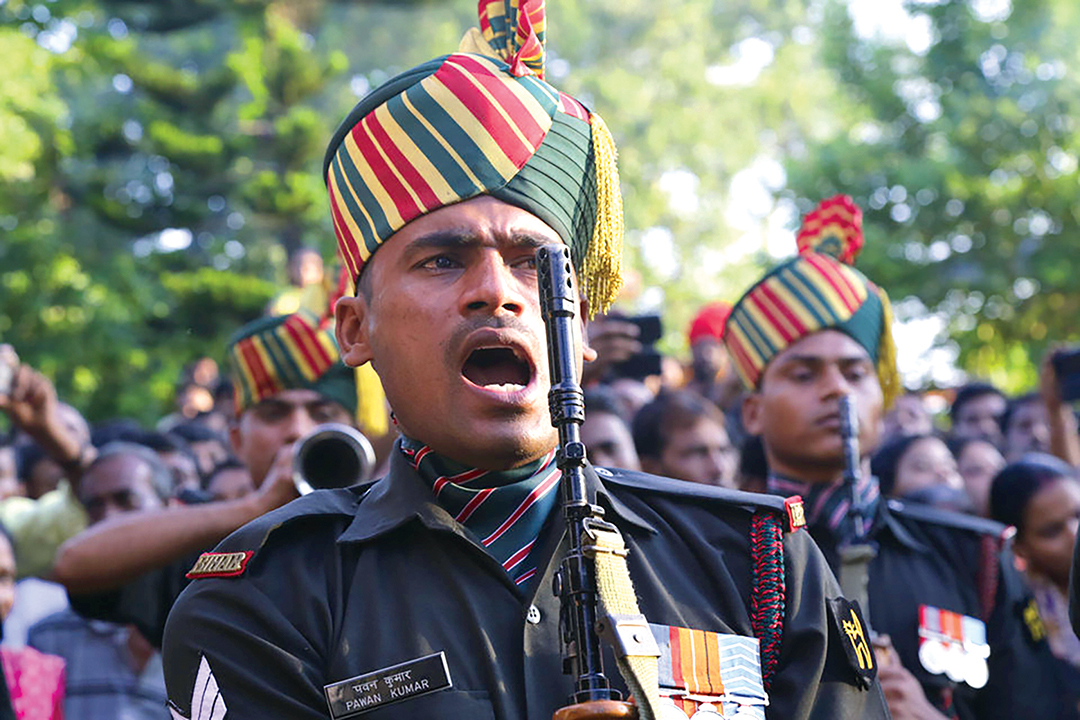 Indian Army Soldiers in Jamuna Balia give a gun salute at the funeral of their colleague Gangadhar Dalai, who was killed in a militant attack in Uri, Kashmir, in September 2016. THE ASSOCIATED PRESS

Kerry said the U.S. “stands with India against all terrorism no matter where it comes from.” However, he did say he had spoken recently with Pakistani officials about “the need for Pakistan to deprive any [terrorist] group of sanctuary.” He specifically named the Haqqani network that operates in Afghanistan as well as Lashkar-e-Taiba, which has been blamed for attacks in India.

“It is vital that Pakistan join with other nations in tackling this challenge, and in fairness, in recent weeks and months they have been moving more authoritatively,” Kerry said.

The counterterror cooperation will include expanding the exchange of screening information and expediting the processing of requests from both nations for information about potential suspects, the ministers said.

The India-U.S. bilateral talks took place against the backdrop of rising tensions in the disputed region of Kashmir, long a flashpoint between India and Pakistan. Some of the largest protests in Kashmir against Indian rule have occurred in recent years. At least 68 civilians have been killed and thousands injured in the Himalayan region, mostly by government forces firing bullets and shotguns at rock-throwing protesters since July 2016.

In August 2016, Indian authorities lifted a curfew imposed in most parts of India-controlled Kashmir as part of a 52-day security lockdown. They reimposed the curfew in the region’s main city after anti-India protests and clashes erupted in several neighborhoods.

Swaraj said India remained ready to open discussions with Pakistan but that such dialogue was difficult while India remains a target of Pakistan-based groups. The U.S. has consistently urged dialogue between India and Pakistan on the dispute and, in a meeting with Indian National Security Advisor Ajit Doval, Kerry reiterated that position, according to U.S. officials.

The two countries also agreed to restart a three-way dialogue with Afghanistan over its future, and they signed an agreement to combat and counter cyber attacks.

The nations also reaffirmed pledges to boost cooperation on climate change and clean energy development, including pressing ahead with the previously agreed construction of six nuclear reactors by the U.S. firm Westinghouse.